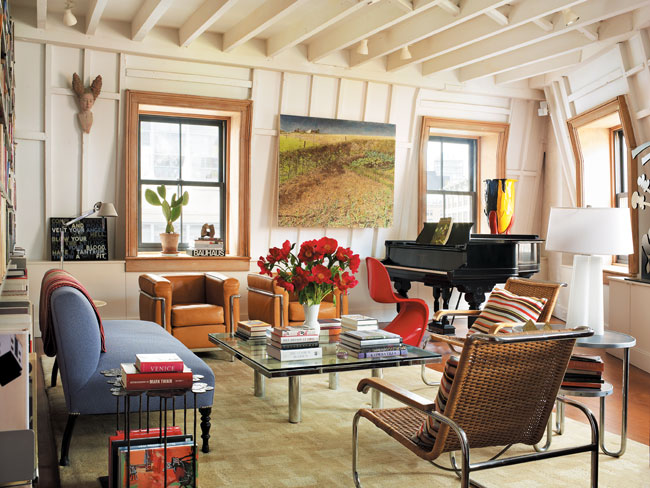 Architect Ted Porter compares the top floor of his 1866 townhouse to a set from La Bohème, and it’s no wonder why.


With slanted garret walls, sloping floors, and abundant windows, it could easily serve as an atelier for a Parisian artist. But this is not Montmartre or the Latin Quarter. Porter’s redbrick row house sits on a chic but somewhat nondescript Manhattan block that he jokingly calls the “gateway to the Meatpacking District.” 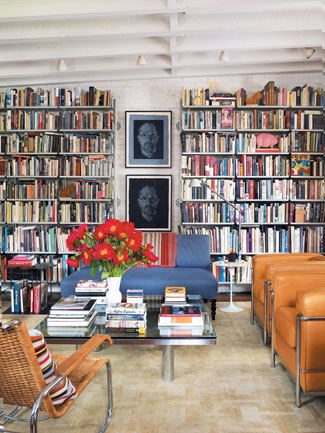 Porter shares the place with Steven Godeke, an independent investment adviser to the Rockefeller Foundation, among other clients. “We love the location more every year,” Godeke says, noting the increasingly fashionable neighborhood. But when the pair bought the irregularly shaped, rhomboid-like house, on Halloween 2003, it was a bit off the grid—and fittingly ghastly. “We got a deal,” Godeke says matter-of-factly, “because it was a crazy wreck.”

At the time of purchase, one studio apartment occupied each floor. During six months of gut renovation, Porter converted the space into an alluringly eccentric 1,400-square-foot triplex, with nary a hint of struggling-artist squalor. (The building still retains one rental apartment, plus a street-level storefront.) The only elements left intact are the historic brick shell—which remains exposed in some areas—and a sinuous original spiral stair that ties everything together. Meticulous to the last detail, Gotham Contractors’s Steve Correale fit slices of gypsum wallboard between each of the rough-hewn brown rafters of the mansard roof. Painting the exposed old wood structure white solved what Porter calls its “terrible trellis effect.” 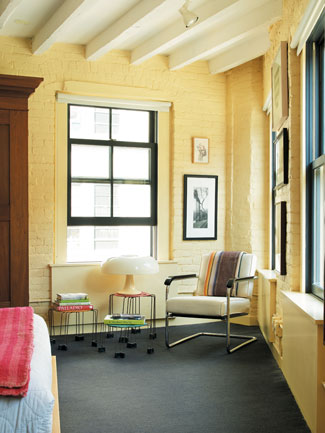 Originally built for a window maker, the apartment is predictably kitted out with lots of glass—16 windows, to be precise. All of the original windows were replaced, but some heavy casings and sills have been preserved, thanks in part to a long “month of Saturdays,” during which Porter and Godeke stripped paint to prep them for a delicate bleached-gray finish.

Perhaps one of the trickiest challenges posed by the oddly configured house was the transfer of Porter’s 100-year-old Steinway B-size grand piano from his former digs in Chelsea. “The amazing thing was getting it through the window,” he says. Even with the glass removed, none of the windows measures more than 54½ inches tall (the piano is 54 inches at its narrowest). Though Porter claims he doesn’t play well, he is the president of Gotham Chamber Opera, so it’s a good thing that the piano made it inside—not least because the house has since hosted opera rehearsals of rising-star composer Nico Muhly.

A quirky and carefully curated collection of contemporary art—Jessica Stockholder, William Eggleston, and Sol LeWitt are well represented—complements the couple’s equally eclectic furnishings. In the living room, a whimsical bronze occasional table, found in Paris, has flower stems for legs and a series of upturned daisy shapes that form its top, while a wall-mounted bronze bust is a preadolescent Rapunzel—“before she lets her hair down,” Porter says with a smile. Three whimsical Gaetano Pesce tables in the bedroom include artist-palette-like tops, skinny legs, and funny, chunky feet. And adding color everywhere are richly hued throws and blankets from an excursion to Peru. 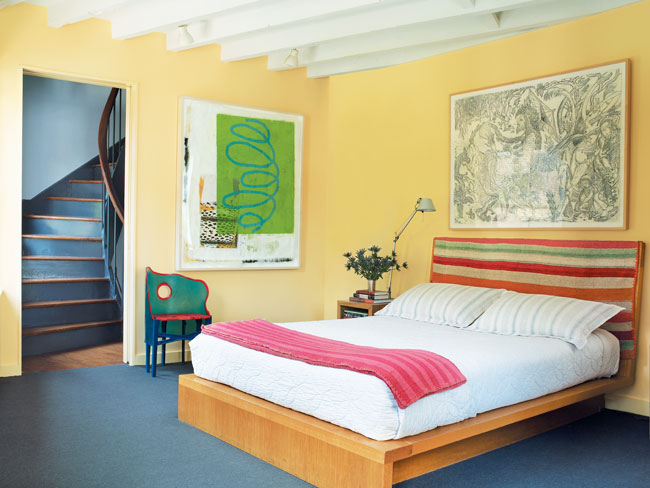 The apartment does not lack for an architect’s precise touch, however. A native of New Albany, Mississippi, William Faulkner’s hometown, Porter attended Yale during the height of postmodernism, then worked for I. M. Pei before founding the firm that he co-owns today, Ryall Porter Sheridan Architects. Sounding very much the modernist in his description of the master suite’s minimalist facilities, he says simply, “I like hygienic white bathrooms.” To economize in the kitchen, he deftly fit together factory-made components, customizing only where necessary. That means Ikea stainless-steel lower cabinets perfectly matched by custom upper cabinets. A sumptuously thick slab counter completes the clean-lined installation, although Porter knows that perfection is ultimately a goal, and never a reality. “We like the white marble, and it works for us,” he says, “but we also like to drink red wine.”