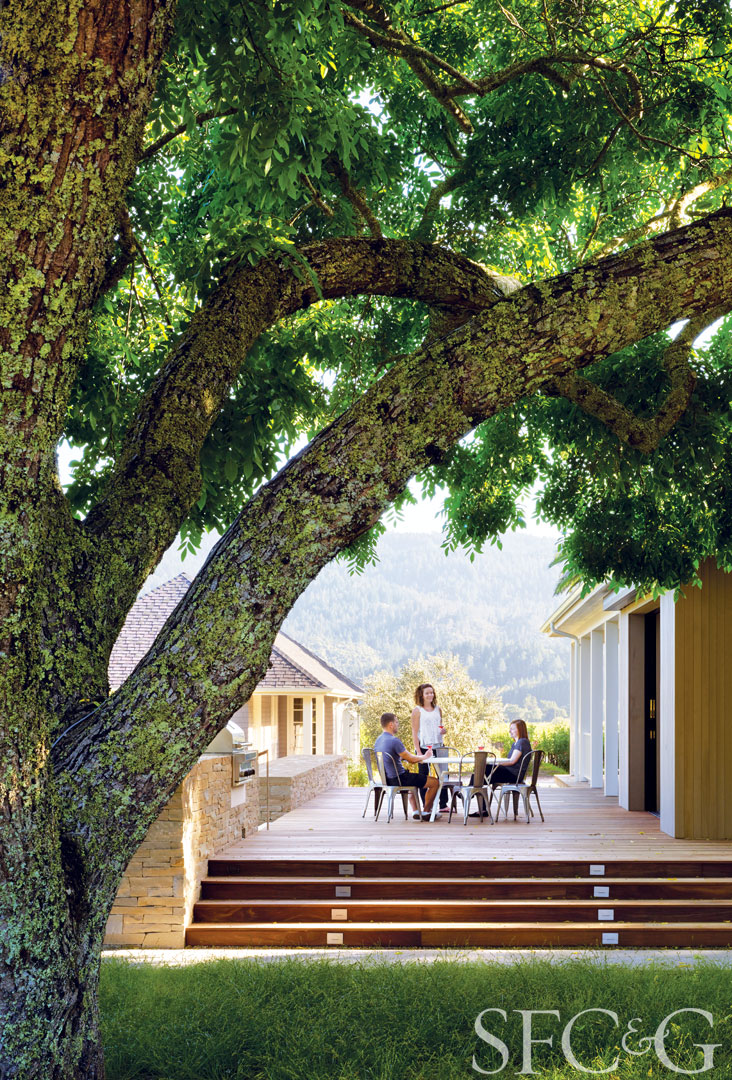 In 2013, Tom and Laurie Poggi had an architectural epiphany. For nearly a decade, the San Francisco  residents had weekended in Calistoga at their Tuscan-style home. Then they went to a dinner party at a modernist residence designed by Gregory Mottola, a principal at San Francisco–based Bohlin Cywinski Jackson, and his team, and it changed their perspective on home: “Some people think of modern as cold and stark,” says Tom Poggi. “But with the right materials—this mix of wood, stone and lighting—you can have warm, clean and uncluttered.”

The couple commissioned Mottola to renovate the Calistoga residence. They began with a transformation of the galley kitchen into a larger, more sociable space and with renovations to two outbuildings (a water tank at the north end with a tall stone base and a guesthouse with garage). Ultimately, they expanded the scope of the project to the entire home and property, which includes a vineyard that provides grapes for their Poggi Twin Palms Vineyard, a Bordeaux-style Cabernet.

To transform the wine country farmhouse into a modern residence, Mottola stripped off its Tuscan elements. “We peeled away the crown moldings, the textured plaster, the ochre-colored walls, the tiled floors,” he says. He also replaced the round columns on the porch with slender, square posts and gave the house a visual through-line, centering the entry with the roof, so that the first glimpse inside the house features a direct view through to the landscape (two 75-foot-high walnut trees frame the view). He connected the house to its spectacular surroundings through large windows and sliding glass pocket doors that lead to a wraparound porch. “These openings let the homeowners take advantage of the Mediterranean-like climate and the views of mountains and vineyard,” notes the architect. 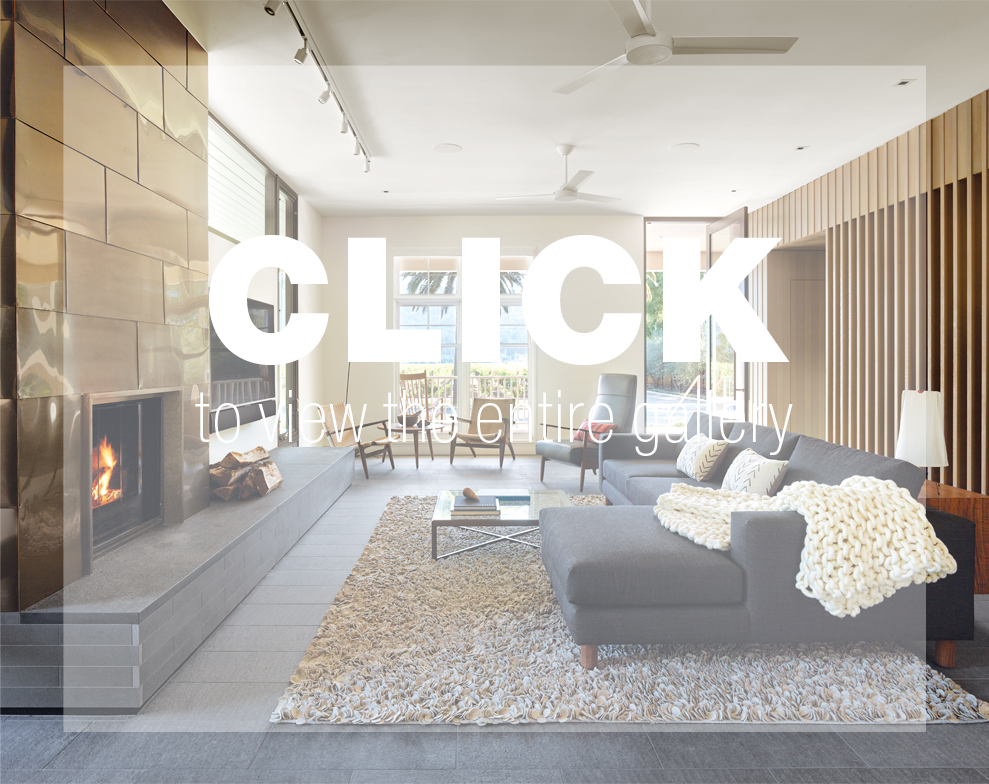 The renovation of the interior focused on opening up the space. Walls surrounding the central staircase were removed, and it was framed with slender vertical strips of cedar, so that natural light filters in on both sides. The master bedroom was transformed from a dark, chopped-up space under the eaves into an open loft by removing the dividing wall between the bedroom and bathroom. And Mottola enlarged the kitchen by creating an 11-by-7-foot extension with glass pocket doors that open onto a new ipe-wood deck. “People gather around the kitchen island, and the doors open to the outside,” says Laurie Poggi. “You can sit on the wraparound porch out front or go to the fire pit—people just ebb and flow.”

The architect clad the interior with materials the homeowners had so admired in his previous project: stone and natural woods, warmed by dramatic and generous natural light. The floors of the master suite and nearly all of the guest rooms are rustic, 10-inch-wide reclaimed hemlock planks; while most of first floor is gray basalt, enabling guests to pad about without concerns of tracking in water from the pool area.

The landscape also underwent a transformation. Mottola replaced existing boxwood and yews, which “were not terribly Californian,” he notes, with agave, grasses and lavender to create a “crisp and modern palette of plants.” The concrete pool surround was replaced with grass, and the pool plaster was changed from aqua to slate gray, delivering a new hue to the water.

“In a place where landscape dominates, your eye is just drawn outside,” notes Laurie Poggi. “They brought in light and materials such as the wood and stainless steel. Now it’s as beautiful on the inside as it is on the outside.”

A version of this article appeared in the February/March 2017 issue of SFC&G (San Francisco Cottages & Gardens) with the headline: Terra Transformed.