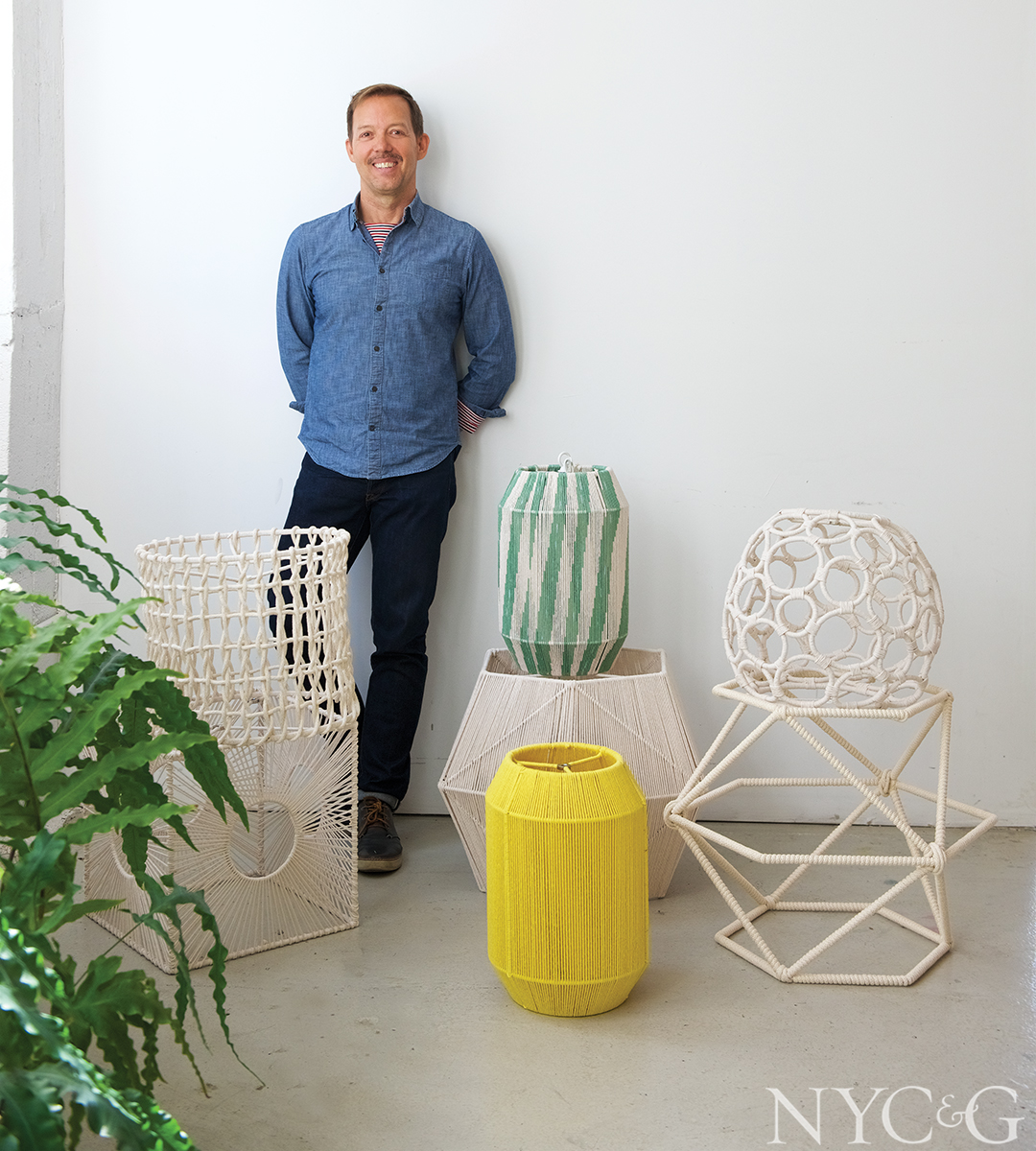 At the 2017 Brooklyn Heights Designer Showhouse, sponsored by NYC&G, a lighting composition made up of nine hand-painted twine-wrapped shades illuminated a dining room designed by Deborah Berke Partners. “We called it Medusa,” recalls Chad Jacobs, the mastermind behind the one-of-a-kind piece, which hung swag-style from macramé-covered cords. “It looked like an octopus against the room’s blue walls.”

Since founding his lighting company, Bone Simple Design, in 1993, Jacobs has collaborated with designers such as Victoria Hagan and Amy Lau, as well as commercial outfits like Soho House and the Ritz-Carlton. And a peek inside the firm’s 4,000-square-foot studio in Long Island City’s Silks Building—once home to the Scalamandré Silks production facility—reveals why people keep coming back: Bone Simple can do just about anything. “We’re continually evolving our designs, which keeps us relevant,” says Jacobs, a Texas native who briefly pursued architecture before deciding he wanted to do something that involved working with his hands. “I’ve never been interested in banging out the same thing over and over again.” 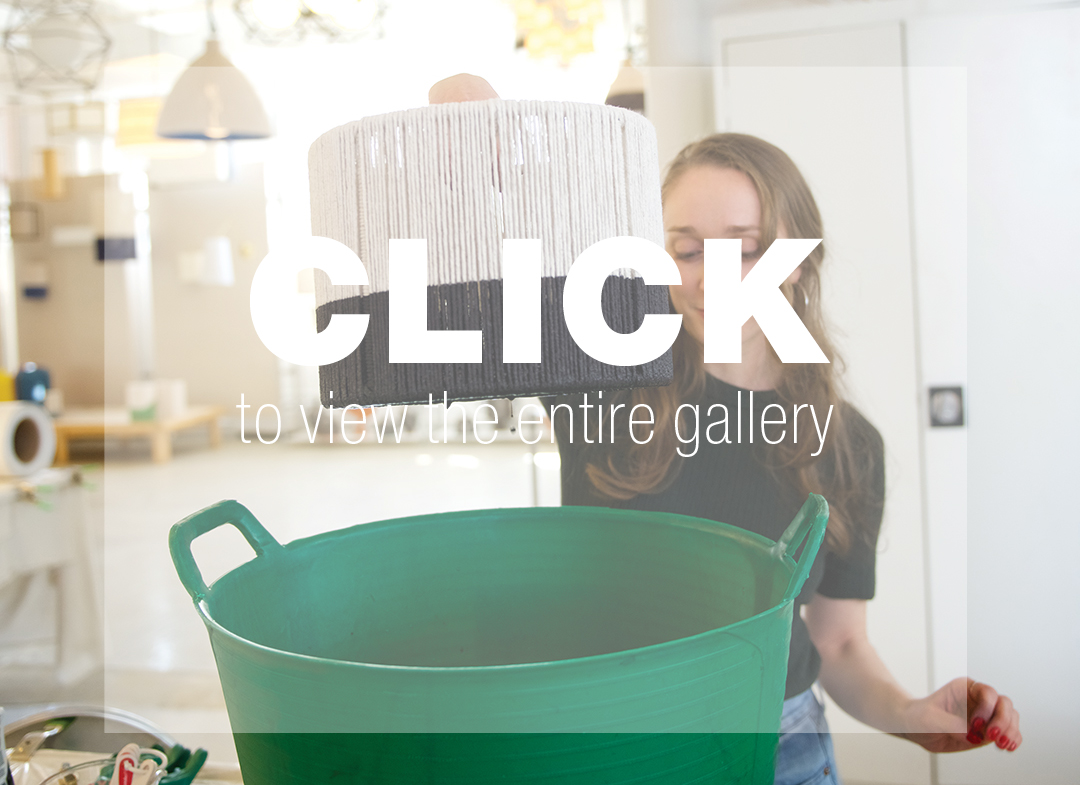 For the past three years, Jacobs’s small team of artisans has been experimenting with everything from mobile-inspired chandeliers to cylinder- and drum-shaped pendants, all wrapped in butcher’s twine, sisal, and jute and painted or dip-dyed in bold hues. To make one of the drum-shaped lights, an artisan coats a wire lampshade frame (pre-constructed off-site) with a thin layer of glue and wraps the armature in butcher’s twine. He or she then loops the cord lengthwise around the entire perimeter, forming the shade. Next, Juna Skenderi, the craftsperson who does most of the company’s dip-dyeing, prepares a dye bath consisting of warm water and liquid stain. She places roughly half the pendant into the liquid mixture, where it sits for three to six minutes before it’s removed, left to dry overnight, and wired. “The band of color adds depth and dimension and makes the fixture feel more contemporary,” Jacobs says.

Many of Bone Simple Design’s creations stem from a curiosity about a specific material and its effect on light. “I don’t like the look of a bare bulb, so I’m always thinking about how that glow will transform an environment when it’s filtered through various media,” says Jacobs, who has worked with everything from metal to glass to ceramic to linen. “I want to enhance people’s experience of a space, and if I can make that encounter more beautiful or interesting through lighting, then I’ve done my job.”

A version of this article appeared in the May/June 2018 issue of NYC&G (New York Cottages & Gardens) with the headline: Bright Thinking.