Borgo San Felice is the Luxury Destination of Your Dreams 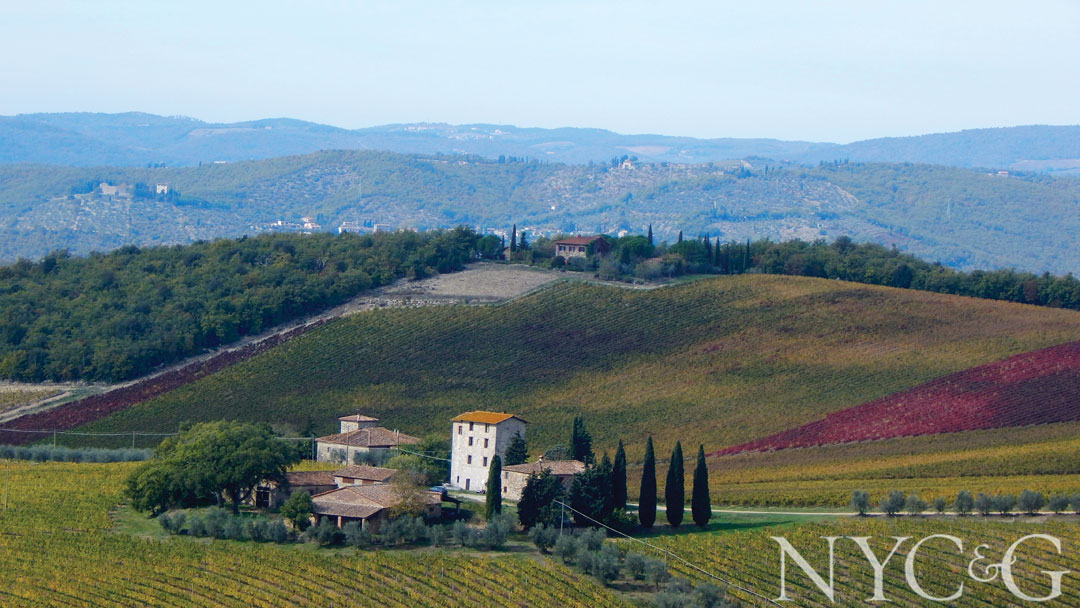 What do you do with a bunch of old buildings in a virtually abandoned Italian village that dates from the 8th century? Turn them into a luxury hotel, of course. Borgo San Felice, a Relais & Châteaux property established 25 years ago in the southeastern corner of Tuscany’s Chianti region, fully occupies its namesake town’s romantic stone buildings, including a church and a palazzo that overlook what was once the piazza of tiny San Felice. Nowadays the borgo’s square is often filled with wedding parties and second-honeymooners and well-heeled sorts in bathrobes scurrying over to the spa, which is located in a 300-year-old edifice that used to house a giant olive press. 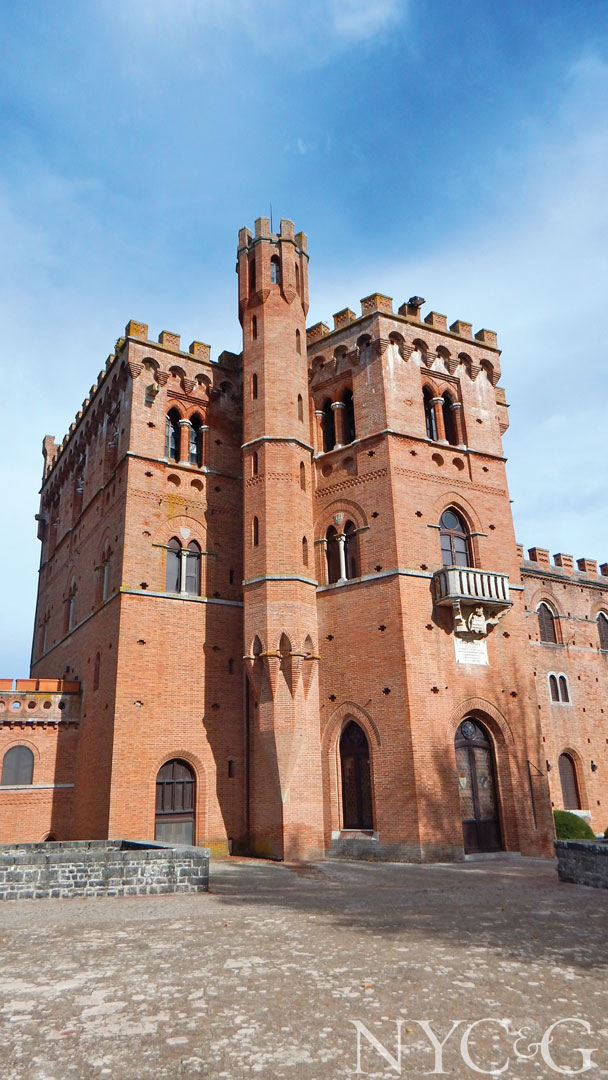 Subdued sumptuousness is the name of the game at San Felice. In the Dr. Vranjes–scented spa, guests can enjoy top-of-the-line treatments, as well as a chromatherapy steam room, cold and hot “treading” pools lined with stones that massage your feet as you walk on them, and a variety of bathing stalls kitted out with assorted rain-shower and misting jets. Indulging in the facilities is de rigueur for any guest, although they’re especially nice after a long stroll or a bike ride through the breathtaking countryside’s vineyard-lined slopes.

Hardy walkers will thrill over the hike to nearby Brolio castle, which is about 1,000 years old, a Disneyesque dream if ever there was one. Part of the Ricasoli family’s holdings for nearly as long, it was a key factor in various power struggles both between and over Florence and Siena for centuries. In the mid-1800s, Baron Bettino Ricasoli led a liberal Tuscan contingent that was instrumental in forming the Kingdom of Italy, and around that time his family’s redbrick neo-Gothic pile was reconstructed and renovated, although the castle’s ramparts remain much as they were a millennium ago. Upon his retirement, Ricasoli focused on the land, introducing crop rotation and viticulture, which contributed greatly to the development of Chianti Classico wine.

San Felice, not surprisingly, has not just lent its name to a fancy hotel. The umbrella group Agricola San Felice produces dozens of wines, many of them made from 100 percent Sangiovese grapes, which are grown on 140 vineyards on 650 hectares surrounding the borgo. Agricola San Felice also owns Campogiovanni and Il Poggione vineyards, about an hour or so away, in Montalcino; these make some of the region’s famous Brunellos, as well as standout Rossos. Additional vineyards in Maremma have contributed to the overall output since 2003, and about 20,000 olive trees on the properties produce Agricola San Felice’s heady olive oil. This luscious deep-green liquid is poured with a heavy hand, along with San Felice wines, for guests of the resort. 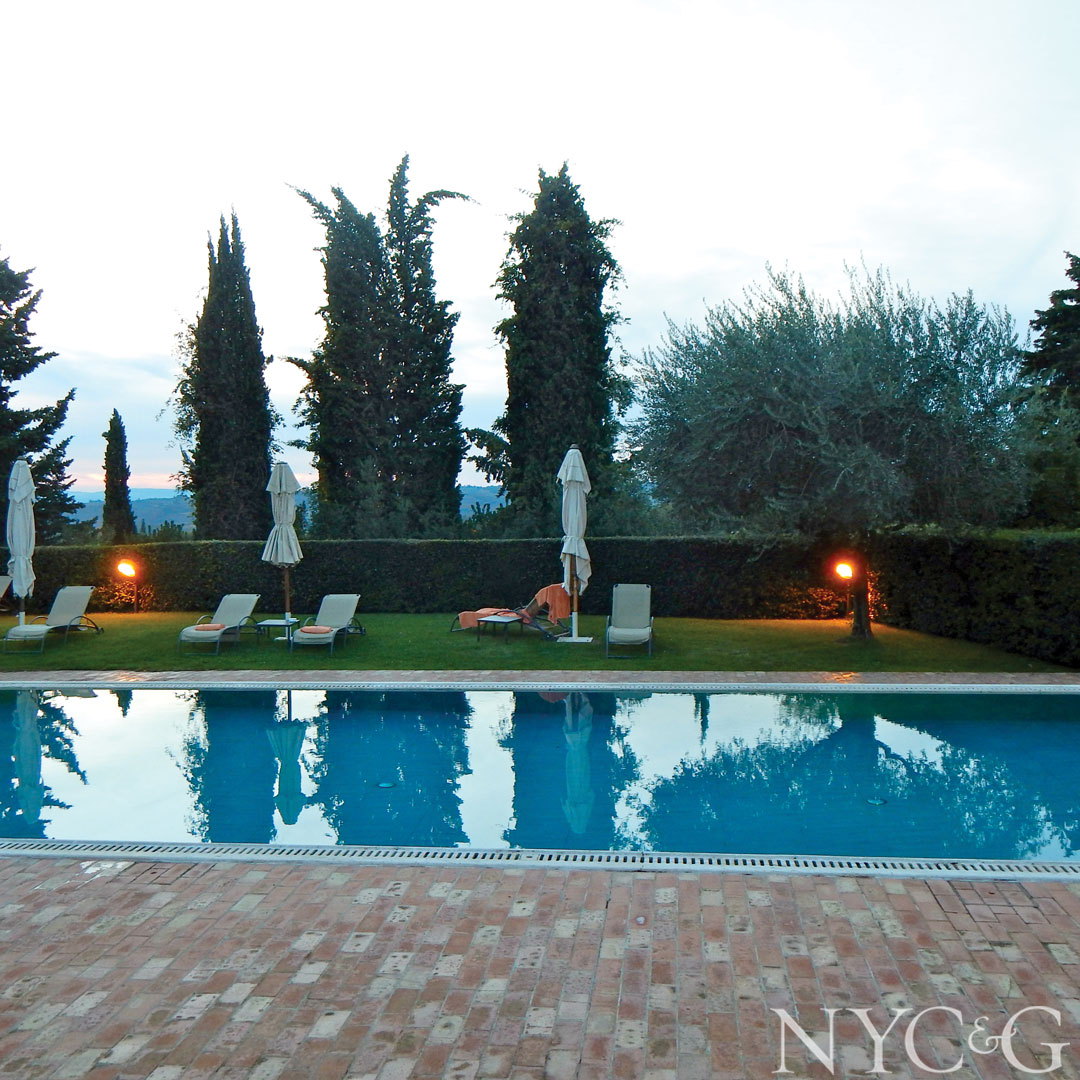 In either of the property’s two restaurants or even poolside, diners enjoy some of the freshest food imaginable, from the simple and seductive pappa al pomodoro (an intoxicatingly flavorful tomato sludge—there’s no better word for it—served with “quenelles” of ricotta from nearby Monteaperti) to braised veal cheeks with burnt Maremma onions and black cabbage polenta. The food is outstanding, but never outshines the wine. The Brunellos are first-rate, of course, and San Felice is a major cheerleader for the region’s Chiantis, which snobby oenophiles still occasionally deem workaday. San Felice’s 2011 Il Grigio Gran Selezione Chianti Classico is just one among many game-changers, even at a boozy 14.5 percent alcohol. The Grigio label depicts winemaker Leonardo Bellaccini’s father, modeled after Titian’s Portrait of a Man in Armor and intended to look proud and noble. Film buffs will note that the 1997 Il Grigio Chianti Classico Riserva even has a bit part as Hannibal Lecter’s famously sinister quaff of choice in the sequel to The Silence of the Lambs. But don’t settle for the movie. Visit San Felice and savor it for yourself.

A version of this article appeared in the December/January 2016 issue of New York Cottages & Gardens with the headline: It Takes a Village.