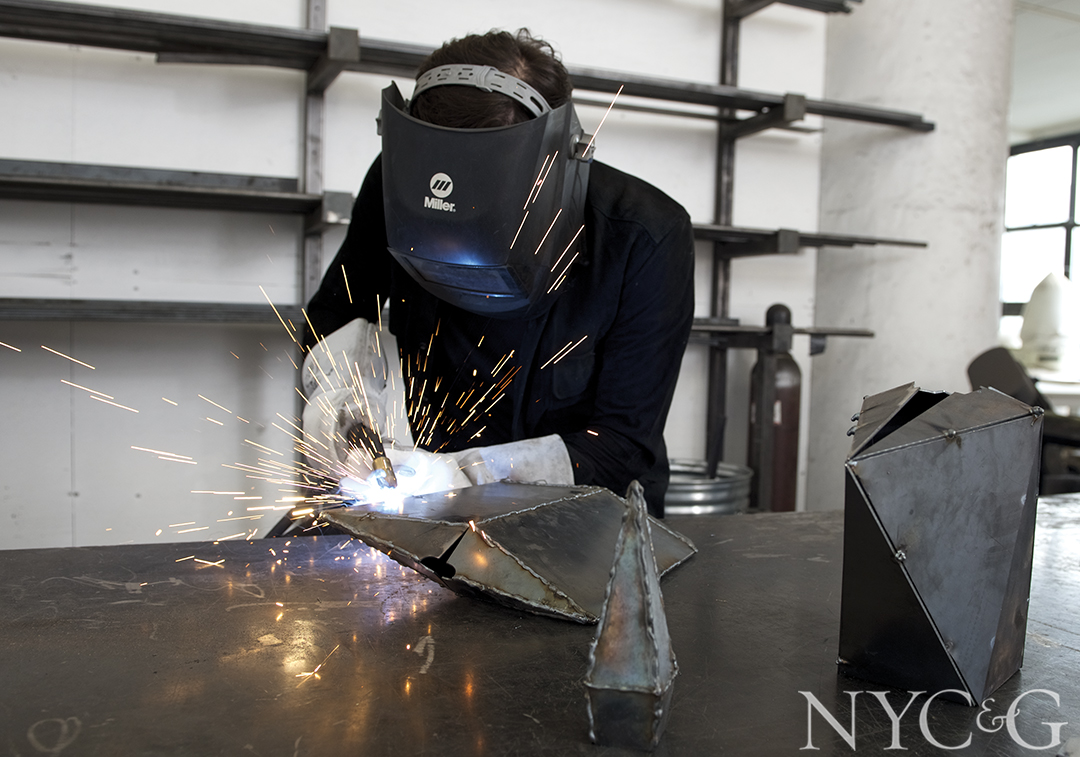 South Bronx–based artisan Jake Szymanski doesn’t call himself a metalworker—even though he has made his name crafting avant-garde blackened-steel furniture, lighting, and objets d’art. “I consider my designs sculpted,” explains Szymanski, decked out in an all-black ensemble that matches his monochromatic pieces. “I start with more material than necessary and grind it down to create its form, as you would with clay or stone.” 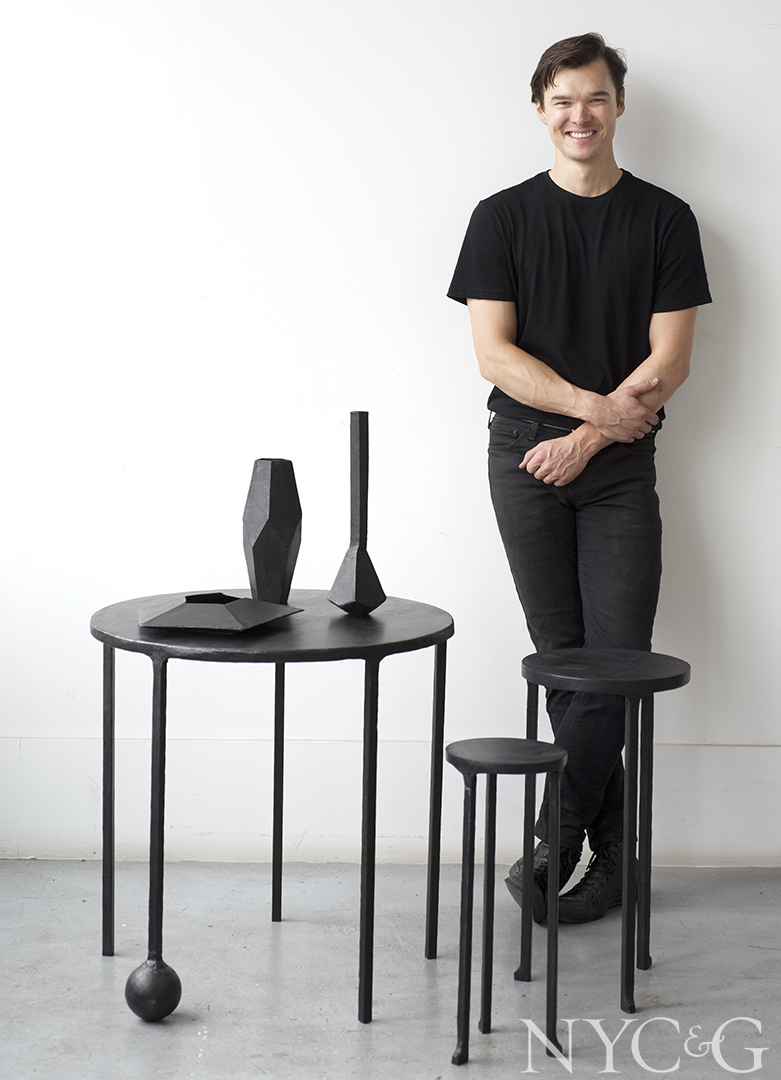 In an airy communal studio, Szymanski fashions everything from geometric vessels to unconventional four-legged lamps to pared-down tables and seating—some of which incorporate cast glass and horsehair, and all of which feature an uneven, distinctive surface. “I’ve always been drawn to imperfections, but especially today, now that everything is being mass produced,” Szymanski says. “It’s important to me that my hand be seen in my work.”

The Colorado-born artisan, who spent his formative years living in Nepal before relocating to Idaho for high school, became passionate about design and architecture in 2006 after seeing Antoni Gaudí’s work while he was teaching English in Spain. He later enrolled in the Fashion Institute of Technology’s interior design program, and upon graduating in 2011, spent four years at Studio Sofield, where his exposure to furniture production prompted him to take fabrication classes that included metalworking. He launched J. M. Szymanski in 2016. 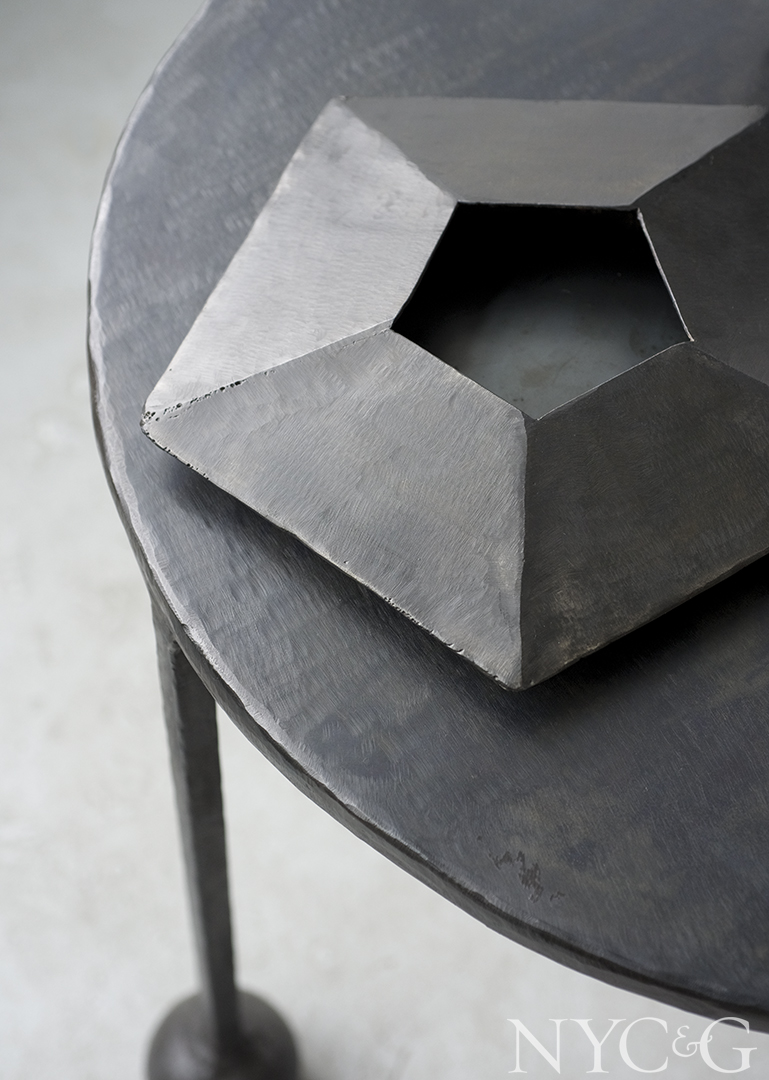 Each design in his wide-ranging collection—available through him directly and at Fair in the New York Design Center—begins as a sketch in his notebook. Components for some objects, such as his angular decorative vessels, are precision cut by machine. Szymanski “tack welds” the multifaceted parts with the help of a magnet until they form a singular hollow shape, and then he welds the seams, using an angle grinder to impart texture onto the surface and refine the form. Next, he slices off the top of the vessel to create a small opening and applies a liquid solution that reacts with the metal to impart a patina. Finally, a layer of graphite-infused wax further deepens the metal’s color. “Steel is often overlooked in high design because it’s thought of as unrefined and ugly,” says Szymanski. “I’m trying to change that perception. It can be something really beautiful.”

A version of this article appeared in the March 2019 issue of NYC&G (New York Cottages & Gardens) with the headline: Man of Steel.