Connecticut builders that you should know. 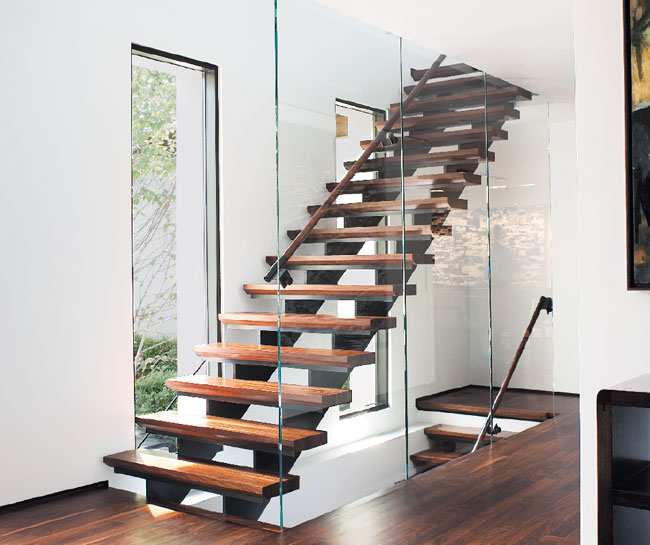 After a series of haphazard additions to the original 1950s construction, this New Canaan residence was in need of an architectural makeover. To transform this home from an outdated, disjointed Colonial into a contemporary design wonder, Joeb Moore + Partner’s hired Carcole Construction, LLC. The Stamford-based company sought to hold true to Joeb Moore’s “transitional” design approach. Stucco walls and cedar boards replaced the brick veneer and shingle siding on the exterior, and the second floor was elongated to create a balance between the upper and lower levels. Rico Imbrogno, owner of Carcole and lead contractor, says of the project, “The most challenging part was trying to extract the grandiose visions of the architect and turning them into a tangible creation.” Carcole proved to be up to the challenge and delivered a refined contemporary home that achieves simplicity and functionality without compromising on beauty. 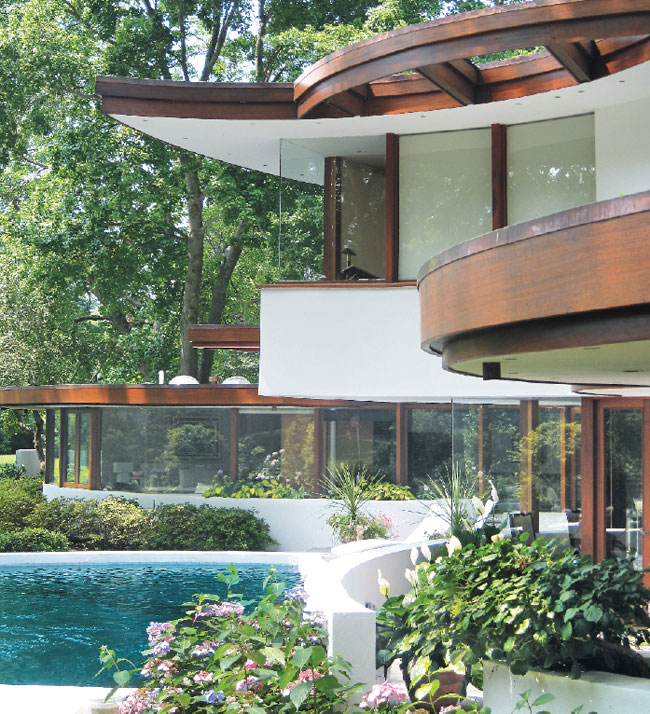 Amidst A tranquil pond and magnificent garden setting, this residence (rather than the terra) needed a bit of sprucing up. To update the 1966 construction, Jeff Kaufman of JMKA Architects envisioned a modern home that preserved the core elements of the original design. Hobbs, Inc. was responsible for bringing Kaufman’s vision into reality. The distinctive shape and details of the home called for great effort to gather materials and designs that blended with the existing, a challenge that Kaufman says Hobbs, Inc. handled with finesse. “One would be hard-pressed to find the ‘new’ parts to this residence, the success of which lies with the team of craftsmen from Hobbs that executed the architecture drawings,” Kaufman says. All of the hard work paid off, resulting in an open, bright contemporary dream whose beauty now equals its picturesque surroundings. 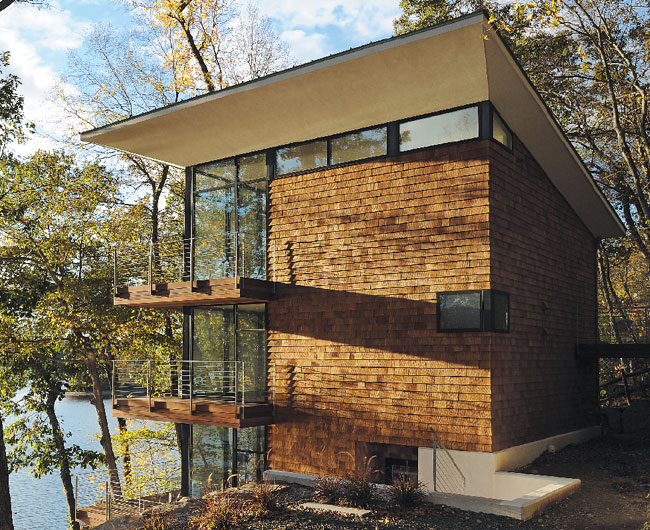 When a mother and daughter teamed up to redesign their Middlesex County lake house, they were looking for a modern touch. To get the job done, Nautilus Architects turned to Gary Lankerd of Lankerd Carpentry Custom Builders, who constructed a three-story home consisting of steel, wood framing, and a structural insulated panel roof that could withstand the harshest of winters and the challenging geography of the steep site bounded by power lines and rock walls. Each floor has its own deck with large windows and sliding doors to capitalize on the spectacular lake views. “Modern design relies on flawless execution of minimalist detailing,” says Nautilus Architects’ Christopher Arelt of Lankerd’s work. “Lankerd’s meticulous craftsmanship started with framing and anticipating what would come later, so that everything worked out according to plan.” Even with Mother Nature’s challenges, Lankerd managed to craft a stunning home with an environmentally fitting tree-house aesthetic.