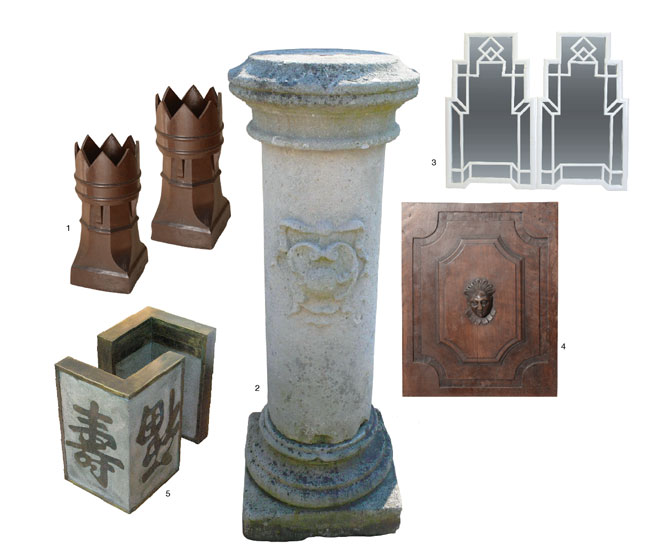 4 Panel Discussion
During the Baroque period, the great wooden doors of many Italian palazzi were adorned with carved wooden panels. This Northern Italian relief (17" tall, 13" wide) from the 18th century depicts a figure wearing a carnivale mask, a possible reference to the annual event in  Venice. $650, La Maisonette,  917-517-8328, lamaisonette-newyork.com.