Calico Wallpaper Takes Inspiration From Nature for its Stunning Designs 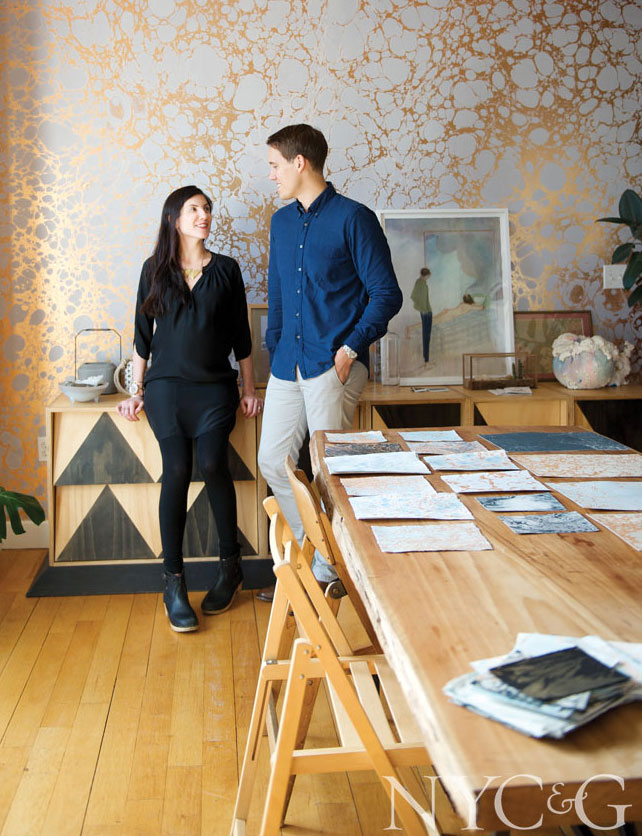 Stand in a room featuring one of Rachel and Nick Cope’s distinctive wall coverings, and the natural scenes that inspire them—water flowing over pebbles, outer space, and the glistening night sky—seemingly come to life. The husband-and-wife team behind Calico Wallpaper specializes in making marbleized wall coverings that range from bold and dramatic to calming and serene. “It started out as an experiment,” Rachel says of their early designs, created using Farrow & Ball paint in their Red Hook loft. Since its debut in 2013, the alluring wall art is popping up everywhere, from Neil Patrick Harris’s apartment to a bevy of Brooklyn boutiques.

Calico Wallpaper’s unexpected start began during the aftermath of Superstorm Sandy, when the Copes were unable to get to work (she was an art therapist, and he the founder of a design and build firm). They spent the days after the storm marbleizing paper, a 600-year-old craft that Rachel first learned to do as a child. “Nick was like the art director,” she recalls. “He’d bring me images of the solar system and Versailles to replicate.” Impressed by Rachel’s work, Nick began searching for methods to produce their designs on a larger scale without compromising their hand-crafted quality. The solution: scanning the original hand-designed paper, customizing it to any size, and then printing it. 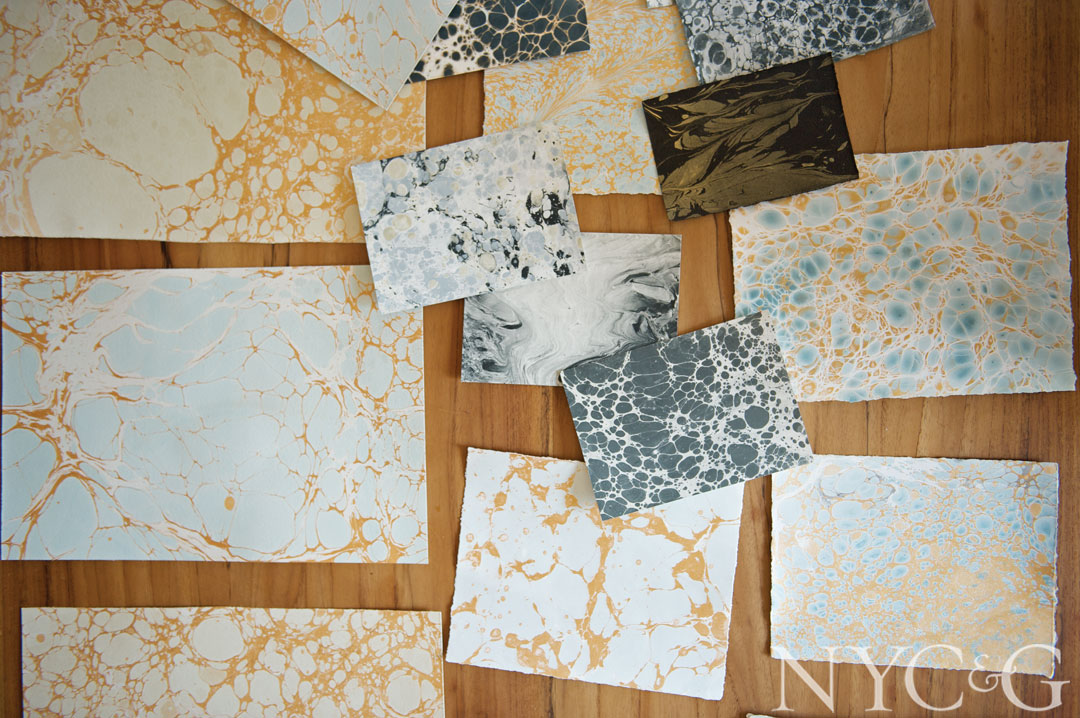 To make each marbleized paper, Rachel first prepares a gel bath, pouring a methyl cellulose mixture into a shallow metal container. She then dips a synthetic horsehair brush into colored mineral pigments and taps it into the container, causing a reaction that creates vaporous, cloud-like formations. Next, she gently lays, and then presses, a piece of coated cotton paper onto the mixture, leaving the impression of the pattern. The work is then cleaned in water, left to dry, and flattened so that Nick can print out the high-resolution scans. “It’s almost counterintuitive because the process is so organic and fluid,” says Rachel, “but at the same time, there’s a science behind it. If you ever want to copy a pattern, you need to record every detail. Even the temperature of the room can affect the outcome of the design.”

A version of this article appeared in the Holiday 2015 issue of New York Cottages & Gardens with the headline: Nicely Marbled.