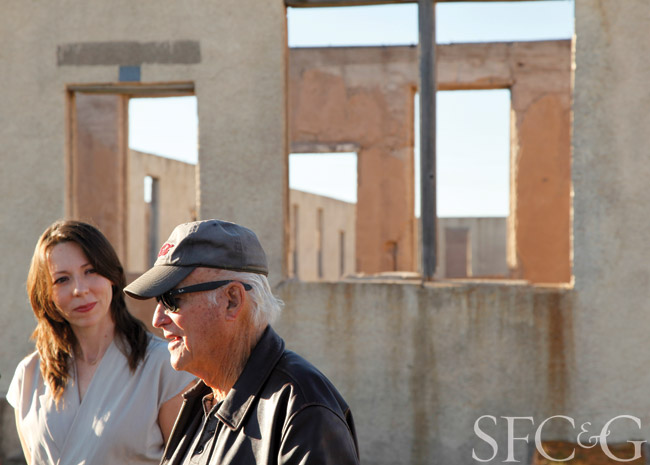 In the boundaryless space of Marfa, Texas, a broken-down ghost of a building sits devoid of roof and floor. What was once the Fort D.A. Russell Hospital is now an intersection of planes, providing fitting inspiration for artist Robert Irwin’s first permanent structure. In development for more then 15 years at Chinati, the 340-acre home for contemporary art in Marfa, work began this spring to replace the nearly century-old building with Irwin’s 21st-century minimalist installation of scrims, walls and windows.

A pioneering figure of the “light and space” movement, Irwin’s works are site-conditional, responding to—and incorporating—the surrounding environment. At Chinati, Irwin’s project will follow the original form of the hospital building while connecting with the landscape. “When you first come to Marfa, you sort of see that it’s in the middle of nowhere, flat,” said Irwin in a 2012  Modern Art Notes interview with Tyler Greene. “So the idea of doing something indoors when all the beauty is outdoors—I decided I really wanted to engage the space around it.”

In the new 10,000-square-foot, U-shaped structure, Irwin will install black and white scrim walls and apply gradated, tinted films to its 40 windows. By creating a progression of light to dark in the east wing and dark to light in west, Irwin notes, “The effect of the windows is

constantly changing and you’re having this interplay with it.” And of the sections of the building that long ago lost their ceiling and floor, Chinati Foundation Director Jenny Moore notes the new building will follow that footprint: “There are two entry points for the installation,” says Moore, “and they will be left open to the sky.” 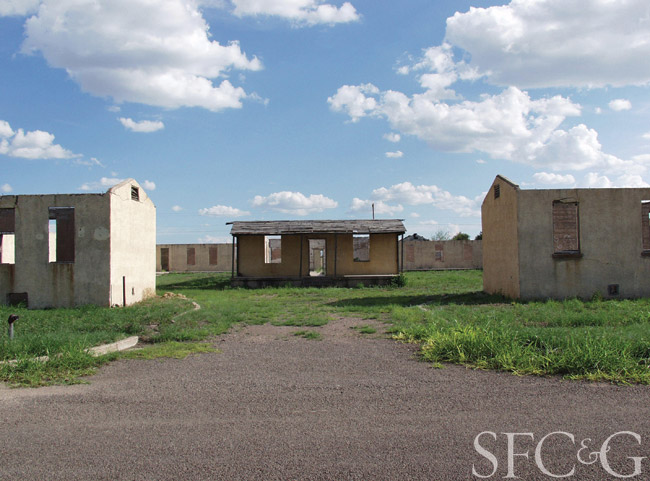 Fort D.A. Russell was first transformed in the late seventies by artist Donald Judd, who envisioned it as a site where he and other like-minded artists could present large-scale sculptural work unhindered by the confines—both cultural and physical—of an urban gallery (Today, the intense desert heat and natural light are still conditions of display.) Judd wrote of his desire for Irwin to develop a work at Chinati; the two artists had convened by chance in Marfa in the early seventies, and discussed its vastness, isolation and possibility. Chinati now, of course, draws visitors from around the world on pilgrimage to experience its profound merging of art and site. Notes San Franciscan and Chinati Board Member Sam Hamilton, “Very much like California, the landscape there is so central to artistic thought. It's thrilling to have Robert Irwin connect these two territories.” 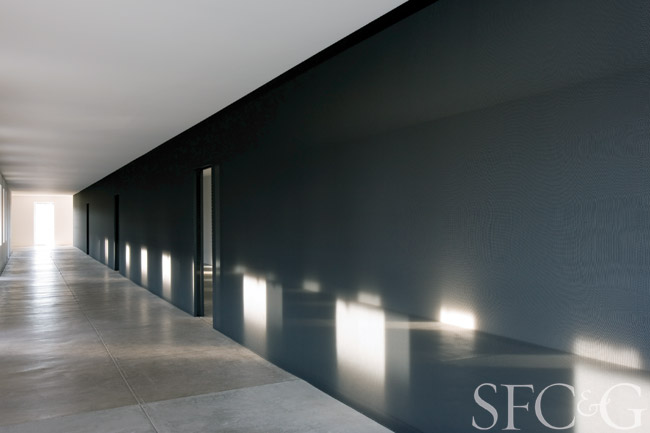 Now Irwin has come full circle. The California artist celebrated for environments that intensify perception will build his monument in Marfa, where the expanse heightens awareness of the body in space. Notes Moore, “The distance you can see-—over 50 miles—drew Judd and Irwin to this area. You could see the shape of the land, the clarity of form. There is an ability here to have that kind of wholeness.”

A version of this article appeared in the April/May 2015 issue of San Francisco Cottages & Gardens with the headline: Landmarking.