After two decades of creating swishes and sirls for some of the Hamptons' most exclusive events—from benefit galas to intimate dinners—the ink still hasn't run dry for calligrapher Linda Pasca. 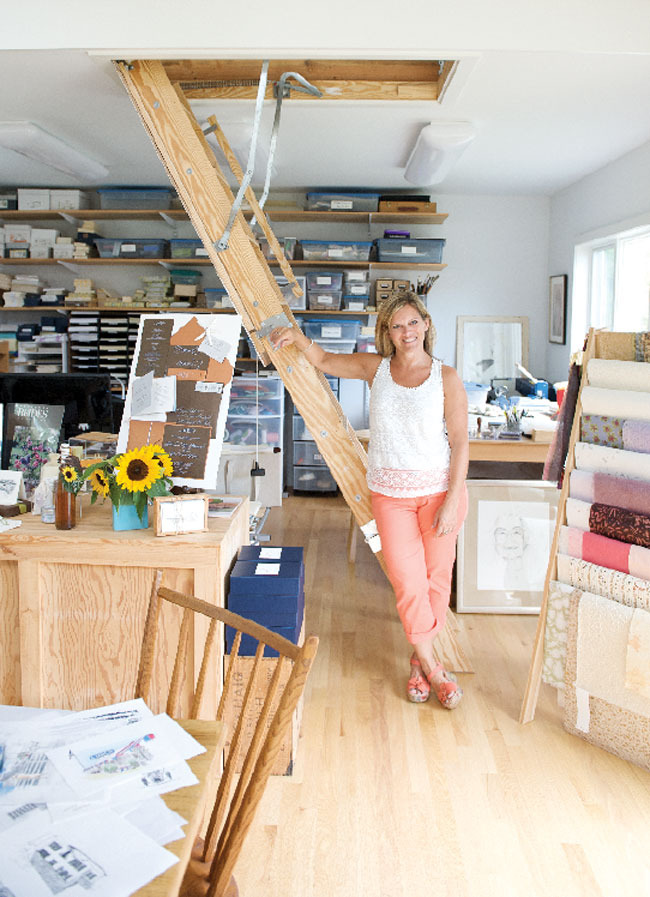 After two decades of creating swishes and swirls for some of the Hamptons’ most exclusive events—from benefit galas to intimate dinners—the ink still hasn’t run dry for calligrapher Linda Pasca. “I was always playing with letters when I was growing up,” says the Hampton Bays–based Pasca, who used to draw bubble letters in her grade-school notebooks. “I always seemed to have my hand in it, even from a young age.”

After enrolling at New York’s Cooper Union with the intention of becoming an artist, Pasca happened to take a few calligraphy courses as electives. But it wasn’t until a few years after graduation, when a friend asked Pasca to hand-letter her wedding invitations, that calligraphy became a vocation. “I always knew calligraphy was something I liked to do,” she says. “It just turned out that it’s something I really love to do.”

For the most part Pasca designs pieces using eight different calligraphy styles as her base. Even though all calligraphers have their own hand—some like to stick to classic and traditional lettering, whereas others follow their whims—Pasca gives every character she draws her own flair. Her work is so specific and recognizable that clients and event planners can point out her designs with ease. 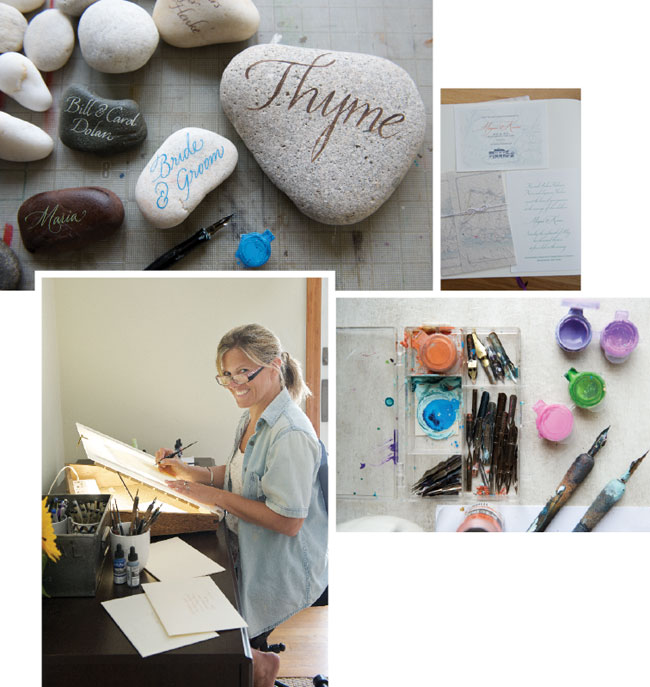 When first-time clients visit Pasca’s studio, she hands them five large binders, each containing more than 50 examples of her work. “Almost everything I create is custom, so the books are only for inspiration,” says Pasca, who gets an early start each workday, waking up at 4:30 in the morning, when everything is still and she finds it easier to create. Sitting at her light box, she frequently changes the nibs on her ink pen, depending on the design, and prefers to dip her pen into plastic inkwells rather than loading it with ink because “the wells have the perfect depth,” she says.

While invitations, menus, and place cards are staples of her work, Pasca is relishing the current trend for custom drawings and logos. “I’ll draw and paint portraits of a home a couple is getting married at, or the vineyard where the groom proposed,” the artist-at-heart says. “Painting is ultimately my true passion. I don’t just stop at addressing envelopes at five in the morning!”