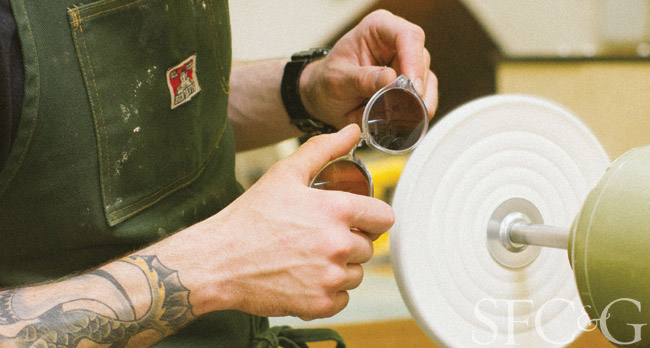 In 2010, Capital Eyewear founder Steven Kilzer turned his eye from filming documentaries to designing sunglasses. Made from American hardwoods and old-school Italian acetate, then fitted with top-of-the-line Carl Zeiss lenses—Kilzer learned about the best from his years behind a camera—each Capital frame is handcrafted in the designer’s SoMa workshop. Featuring more than 25 men’s and women’s shades, as well as limited-edition frames, the line is now carried throughout the Bay Area (stockists include the San Francisco Museum of Modern Art) as well as in Paris and Tokyo.

How did you make the leap from video production to crafting glasses?
I just took it one step at a time. To make a pair of glasses, we started with, ‘What’s the curve, if you look top to bottom at a pair of sunglasses?’ We’re still in the process of perfecting really tiny things; we have more screwdrivers than I can count. 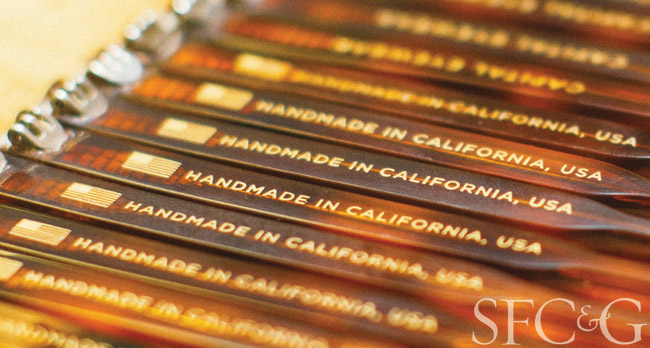 You’ve just launched a new acetate collection. What inspired that material?
I always liked the look of tortoise acetate. Our material comes from a factory in Italy that invented the process for making it and has been around since 1850. Most frames are made with injection-molded plastic. Our material comes in sheets that cure for close to a year.

And your frames are sustainable as well as stylish…
Yes, while plastic is often considered to be a toxic substance that takes ages to decompose, our acetate frames are hypoallergenic and 100-percent biodegradable. We also source all of our wood from the U.S.A. We have never, and will never, use exotic woods that are endangered. 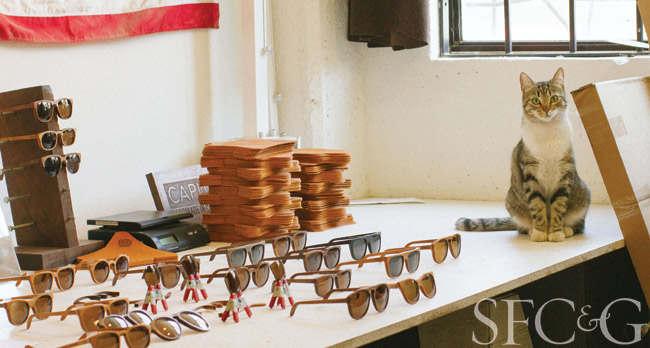 Your shades also have great names: Forrest, Harris, Charlie. How did they get their identities?
The names don’t have a constant theme but they all have a little story behind them. My favorite is our original, the Bonnie/Clyde. I was listening to a Little Dragon song the day after the first time I saw the film, and when I heard the line, “I’d rather be a bandit than a lover,” it just seemed like the perfect thing for a unisex frame with some edge. 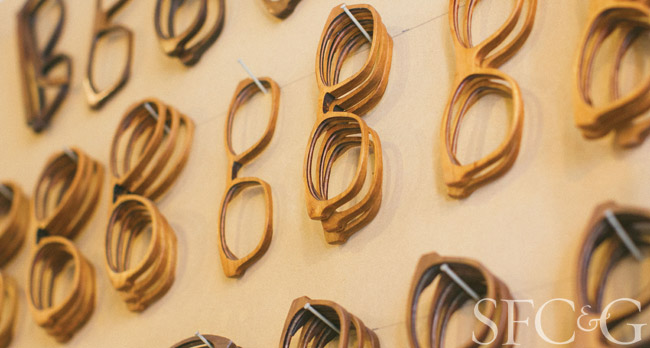 How does San Francisco style inspire the Capital look?
San Francisco is a very sharp town—sharp thinkers, angular architecture and sharp style. It’s refreshing because so many things in the world have had the corners rounded off to be more digestible. That is definitely a big part of our design and why we are in this city.

A version of this article appeared in the September 2014 issue of Connecticut Cottages & Gardens with the headline: Frame Narrative.