Ceramist Elaine Tian Embraces the Imperfections of Her Craft 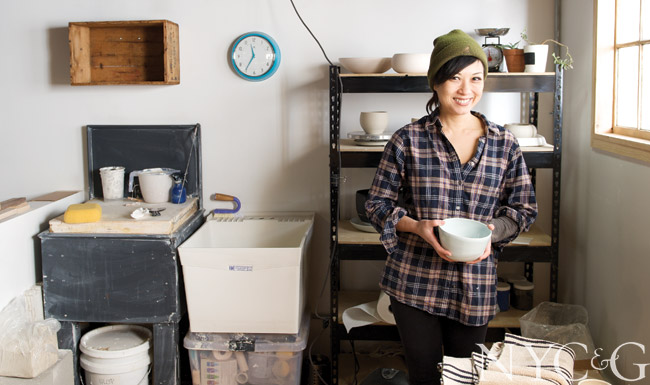 Elaine Tian sits on a small stool and throws a ball of porcelain clay onto a potter’s wheel. Hunching her petite frame forward, she cups her hands over the mound and begins the laborious process of creating a vessel. But Tian does more than just spin out the expected pot: She applies a signature alteration, lightly pressing her arm into one side, making a wall cave in, or creating a spontaneous mark with her paintbrush. “I’m composing a shape, not just throwing clay on the wheel,” she says. 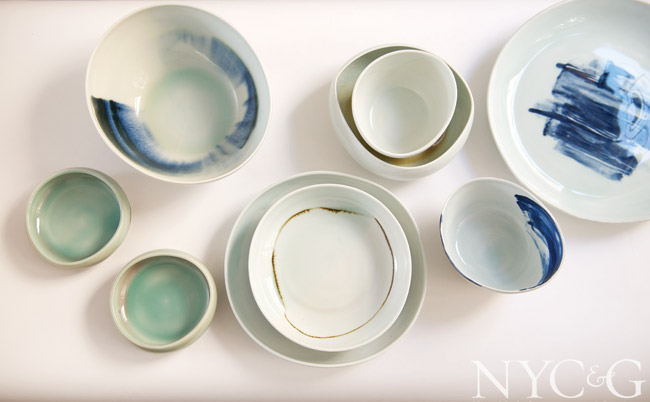 The former graphic designer sat down at a pottery wheel for the first time only three years ago. Since then, under the label Studio Joo, she has been fine-tuning her collection of vessels and light fixtures, many of which are influenced by wabi-sabi, the Japanese philosophy that finds beauty in imperfections. “What I do now is the opposite of my former life as a graphic designer, where mistakes aren’t accepted,” says Tian, who relocated to New York City in 2001 after studying sculpture and design in her native Australia and working in the magazine industry for many years. “In ceramics, a glaze drip can be considered special, rather than an error.” 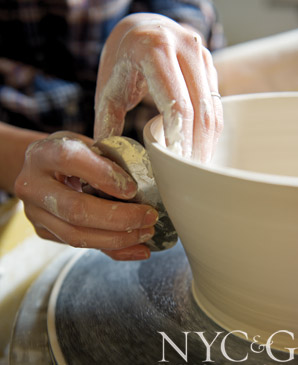 Each of Tian’s pieces starts on the wheel in Red Hook, Brooklyn, where she practices her craft in a communal studio. After first “wedging” the clay—pushing it down with her palms to release air bubbles—she throws it on the spinning disk and begins the complex process of “centering” it, which will give the vessel symmetry. Next, she creates an indent with her thumbs, opening the top of the piece, slowly widening the hole, and then delicately pulling up the vessel’s walls. Once a piece has dried for one to three days, she trims the excess clay and smooths the rough edges, after which it goes through a bisque firing, making it coarse. Finally, the piece is glazed, then re-fired at a higher temperature. “How your vessel turns out is up to the kiln,” Tian says of the process. “You have to accept that there might be imperfections and relinquish control.”

A version of this article appeared in the April 2015 issue of Connecticut Cottages & Gardens with the headline: Porcelain Beauty.