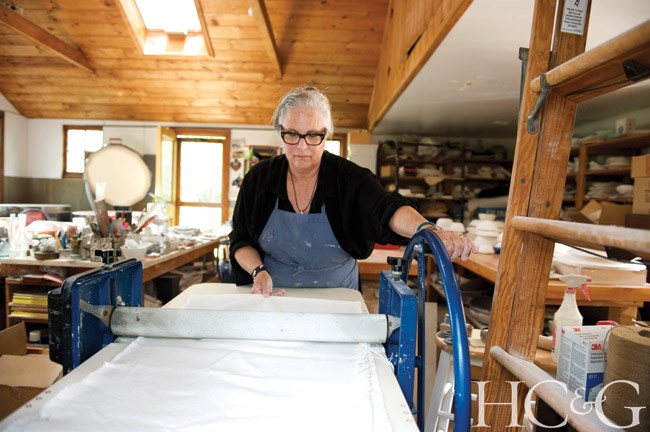 A lifelong appreciation of beauty informs all of ceramist Mae Mougin’s work. A former fashion stylist and photographer’s muse, Mougin creates platters, plates, bowls, and decorative-yet-functional objects in her studio alongside Davis Creek in Southampton. “It’s a body of water that’s always in motion,” she says of the natural inspiration that lies just steps from her front door. 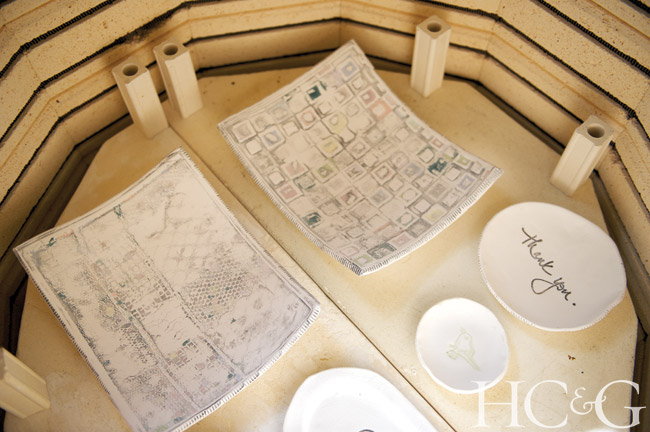 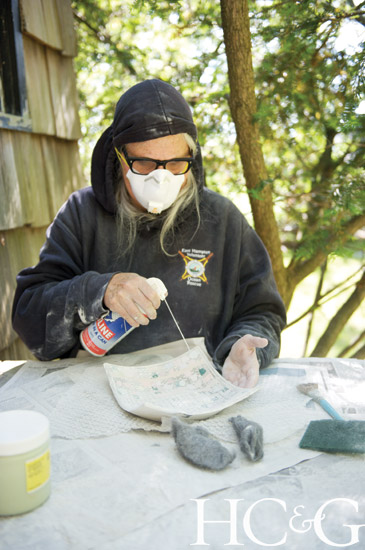 A founding member of both the Watermill Center Community Board and the Clay Art Guild of the Hamptons, Mougin started working in ceramics in 1999, after her marriage dissolved. Since then, she has built an avid client list, including high-profile artists and a famous actor who has filled his Irish castle with her dinnerware. Most recently, Mougin undertook a project for East Hampton’s LongHouse Reserve, copying one of founder Jack Lenor Larsen’s textiles and turning it into special plates to be sold at auction for the nonprofit’s annual benefit last month.

To start a piece, Mougin takes a brick of wet porcelain clay and works it for a bit, then puts it through a slab roller to get one large, flat length before cutting it into the desired size and shape. Her trademark edge—etched marks made with a paddle at regular intervals—was born out of necessity during her coursework at Parsons School of Design. “Everyone else made these pristine edge cuts, but mine were never as perfect,” she recalls with a laugh. “So I started using the paddle to hide the fact.” 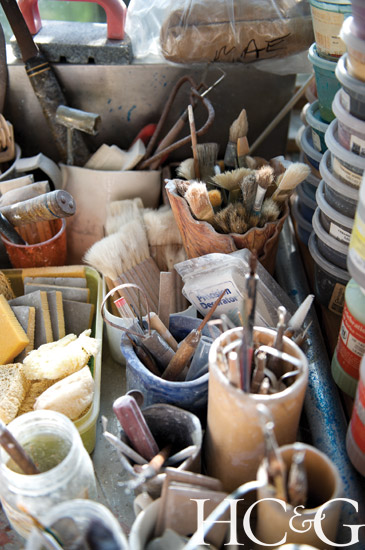 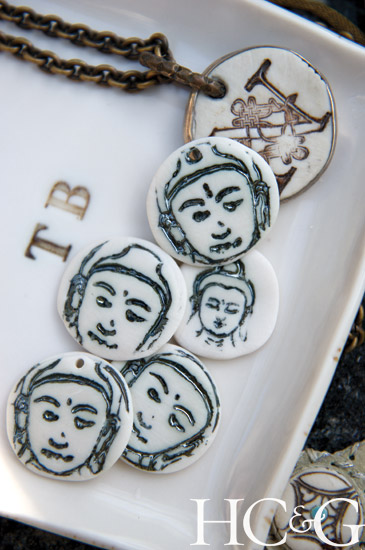 Next, Mougin makes an imprint onto the wet clay, using a hand-made resin or polymer mold, stamp, or other object, such as a pair of doll’s glasses or an Italian Milagros. Draping the wet clay over the mold to create the contour, she places a sheath of plastic wrap between the porcelain and a shaping object, which might be a bowl or an egg carton or something Mougin has carved by hand. Once the clay begins to harden, she stuffs paper towels between it and the object until it dries, then colors in the design with a variety of stains. Finally, Mougin strips off her jewelry and suits up—covered from head to toe with protective clothing and a dust mask—to sand the piece smooth, using either sandpaper or steel wool. 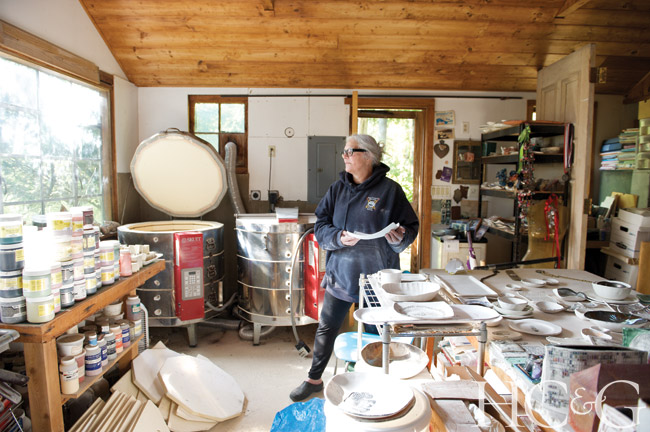 Ramp firing, or bisque firing, in an electric kiln is the next step, followed by the application of a clear or mirror glaze and another firing that completely bakes the clay, creating the finished piece. “Putting my hands in clay was a way of healing at first,” Mougin says of the process. “But once you get your hands into porcelain, you never want to go back.” 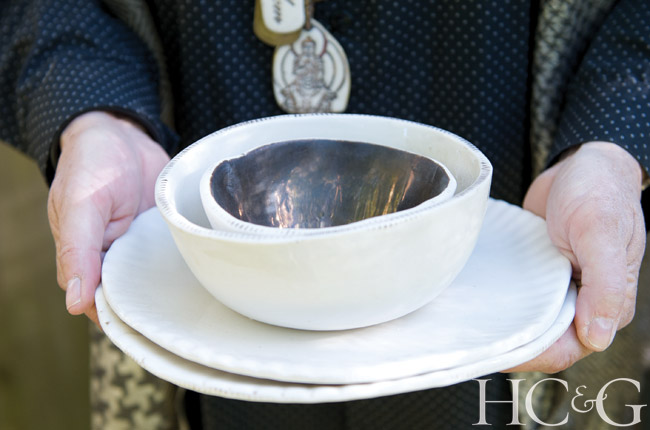 A version of this article appeared in the August 15 2015 issue of Hamptons Cottages & Gardens with the headline: Clay's the Thing.