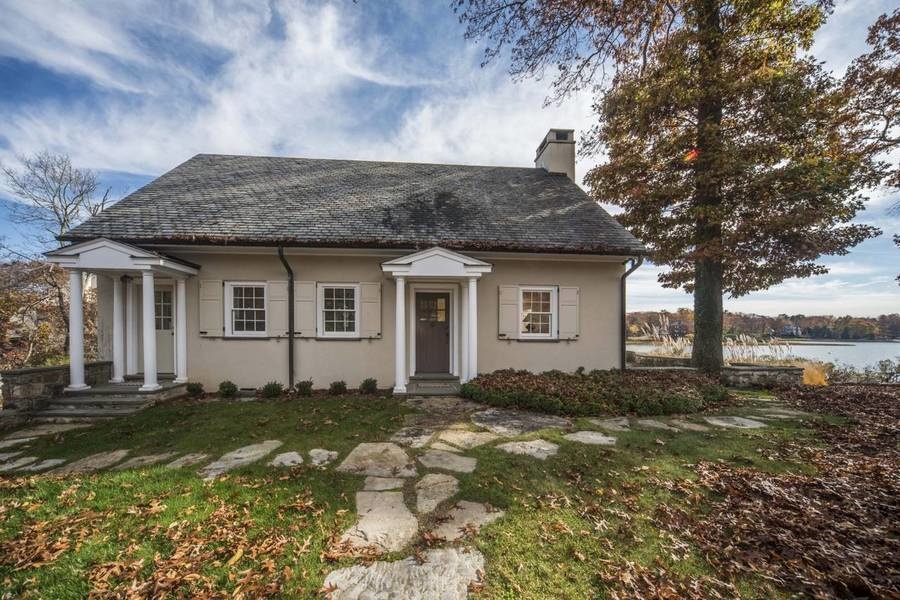 A waterfront cottage in the Tokeneke section of Darien once owned by famed aviator Charles Lindbergh just hit the market asking $8.75M. The current owner, Mark Maybell, has kept the cottage largely the same as when Lindbergh lived there and has been renting it out for $9,000/month because his family no longer uses it.

Lindbergh became famous after his completion of the first solo trans-Atlantic flight between New York and Paris in 1927. Following his son’s highly-publicized kidnapping from the family’s New Jersey home in 1932, Lindbergh and his wife were drawn to Tokeneke for its secluded nature and bought a 4.5-acre parcel there, where they lived in a larger house before subdividing the property and building the cottage that is now for sale. The 4-bedroom cottage sits on 3 acres and spans 1,500 square feet.

If nearly $9M seems like a steep price for a relatively modest cottage, listing agent Becky Munro of Halstead Property—who is sharing the listing with Julie Bauer, also of Halstead Property, and Doug Milne of Houlihan Lawrence—clarified to Mansion Global that the real value of the property is the 3 waterfront acres. She speculates that the buyer will likely build a larger house sited on higher ground overlooking Long Island Sound and use the existing cottage as a guesthouse.