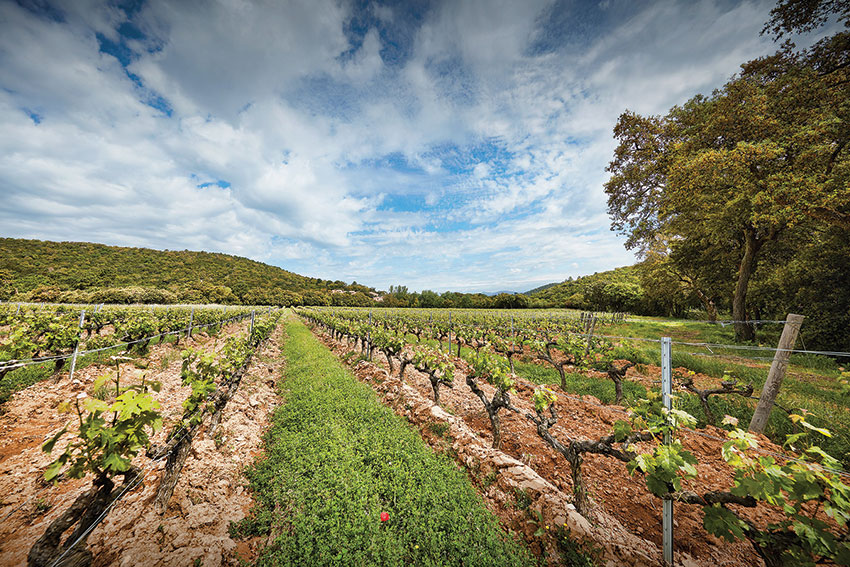 Over dinner at his Park Avenue duplex—one of his five residences, including one in Greenwich—Cohen introduced the fruits of that purchase to a select group of writers. He’d flown in his consulting winemaker, Laurence Berlemont, to discuss its great terroir.

Most Provence wineries are scattered along the coast, she explained, their grapes buffeted by sea air, giving them saline notes. At Château de Chausse, which is inland, the surrounding forest (100 acres set on rolling hills) acts as a buffer against the elements. “With our dry and windy climate, we can grow grapes sustainably and organically,” said Berlemont, “which is how we’re able to move toward becoming 100 percent biodynamic.” 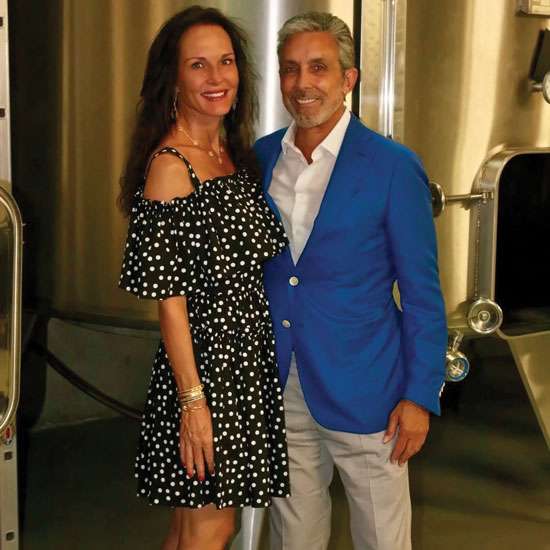 “Château de Chausse is a pristine jewel,” noted Cohen. “It resembles a theater-in-the-round and has views of the Mediterranean coastline.” He felt fortunate to find such a perfect property, considering the many barriers to acquiring vineyard land in France. “There’s a pre-emption rights law that gives local farmers the right to buy first,” he explained. “It took a while, but since the property had to be purchased in its entirety with its protected forest, I was able to pull it off.”

Over canapés, we savored Château de Chausse rosé—dry, delicate and vivacious with great minerality and in that iconic pale salmon hue. Made from Cinsault and grenache, it comes in a curvaceous retro bottle, similar to the 18th-century model by Champagne Ruinart.

At dinner, we sampled Berlemont’s lovely whites, all made from the Southern France grape Rolle (in Italy known as Vermentino). Her Côtes de Provence white 2016, made from grapes harvested late, had bright apricot notes. The rich textured Diamant, aged in new French oak, carried hints of brioche, vanilla and almond.

The biggest revelations were among Berlemont’s reds. Long before Cohen bought the property, Château de Chausse had become well known for its highly ranked reds. We tasted the Côtes de Provence red 2013, made from 50 percent Syrah and 50 percent Cabernet grapes, which had aromas of violet and black cherry with hints of fresh herbs, leather and licorice. The Syrah-dominant Rubis 2013, from old vines, was rich, earthy and powerful with intriguing flavors of black fruit and dark chocolate.

Cohen has begun replanting vines to Syrah in order to focus more on red wine production—aiming to further elevate its reputation as a great wine estate. Its bottles are well represented on top wine lists in France and are just now making inroads into the U.S. They may one day be the toast of Hollywood as Cohen plans to entertain film industry friends at the chateau, adding a full-size screening room and hosting, eventually, a film institute there.