Cheap and Cheerful Summer Wines (Under $20!)

Ready to upgrade from standard issue to something special? For just a few dollars more, you can skip the Cavit Pinot Grigio (around $8 a bottle), Yellow Tail Shiraz (as low as $5), and Smoking Loon Zinfandel (also $8) and offer your guests a wine they’ll remember—without breaking the bank. 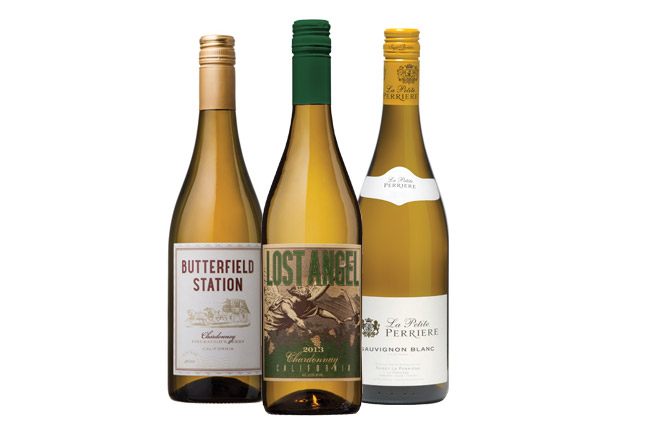 White
Elena Walch Pinot Grigio 2014 ($14), from the high-altitude Alto Adige near the Italian Alps, is bursting with notes of refreshing pear, while La Petite Perrière Sauvignon Blanc 2013 ($11), from the famed Saget family of the Loire Valley, boasts beautiful floral aromas. As even teetotalers know by now, “oaky” does not necessarily a good Chardonnay make. Try an un-oaked version, such as the stunning Jean-Marc Brocard Petit Chablis 2013 ($17), from Domaine Sainte Claire in Burgundy, with notes of citrus, flowers, and a snappy minerality. Two good Sonoma releases include Butterfield Station Chardonnay 2014 ($10) and Lost Angel Chardonnay 2013 ($10), both well-balanced wines fermented in stainless steel. 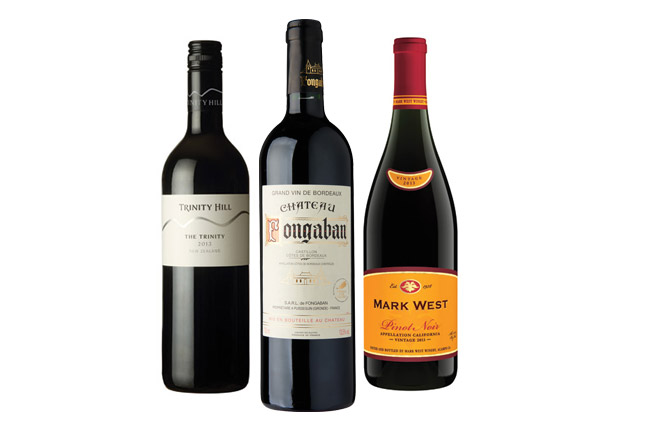 Red
Trinity Hill’s “The Trinity” 2013 ($17), from Hawke’s Bay in New Zealand, is an enticing blend of Merlot, Tempranillo, and Malbec with complex aromas of plum, leather, and spice. The Côtes de Castillon, an affordable part of Bordeaux, offers Chateau Fongaban Bordeaux 2009 ($18), a Merlot blend with dark berry, earthy, and smoky flavors. Made with grapes from coastal appellations in California, Mark West Pinot Noir 2013 ($10) is a real value and delightful to drink, with undertones of cassis. For those who favor Cabernets, Los Vascos Cabernet Sauvignon 2013 from Chile ($12), one of the Barons Lafite Rothschild’s properties, has expressive, powerful fruit and soft tannins, and Discoveries Cabernet Sauvignon 2013 ($11), from Sonoma, is a pleasant find, with black currant, cherry, and toasty oak notes. 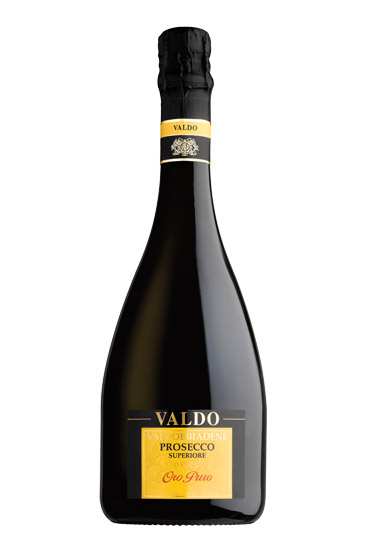 Sparkling
At $17, Valdo Oro Puro Prosecco DOCG Brut (above right) from Valdobbiadene, Italy, considered the top region for Prosecco, is a best-in-class wine with fruity flavors and refined effervescence. (DOCG on the label indicates a Prosecco Superiore.)

Rosé
A nice choice for this elegant summer staple is produced on the North Fork of Long Island: Macari Rosé 2014 ($17), a Merlot-dominant blend, features flavors of strawberry, cherry, and peach. The charming La Vieille Ferme Ventoux Rosé 2013 (above left), a blend of Cinsault, Grenache, and Syrah from southern Rhône, should be on everyone’s list—particularly at $10 a bottle.

A version of this article appeared in the August 1 2015 issue of Hamptons Cottages & Gardens with the headline: Cheap and Cheerful.