There's been a new crop of developments in NYC that are paying homage to some of the world’s most recognizable and legendary icons, such as the Kent, making residents feel that their new home has its own storied history and intrigue. Check out more below from members of the firm:

Located Manhattan's Upper East Side, The Kent’s lobby interiors were crafted by hospitality designer, Alexandra Champalimaud set out to create the most gracious lobby that harkened back to New York’s gilded age during the art deco period. 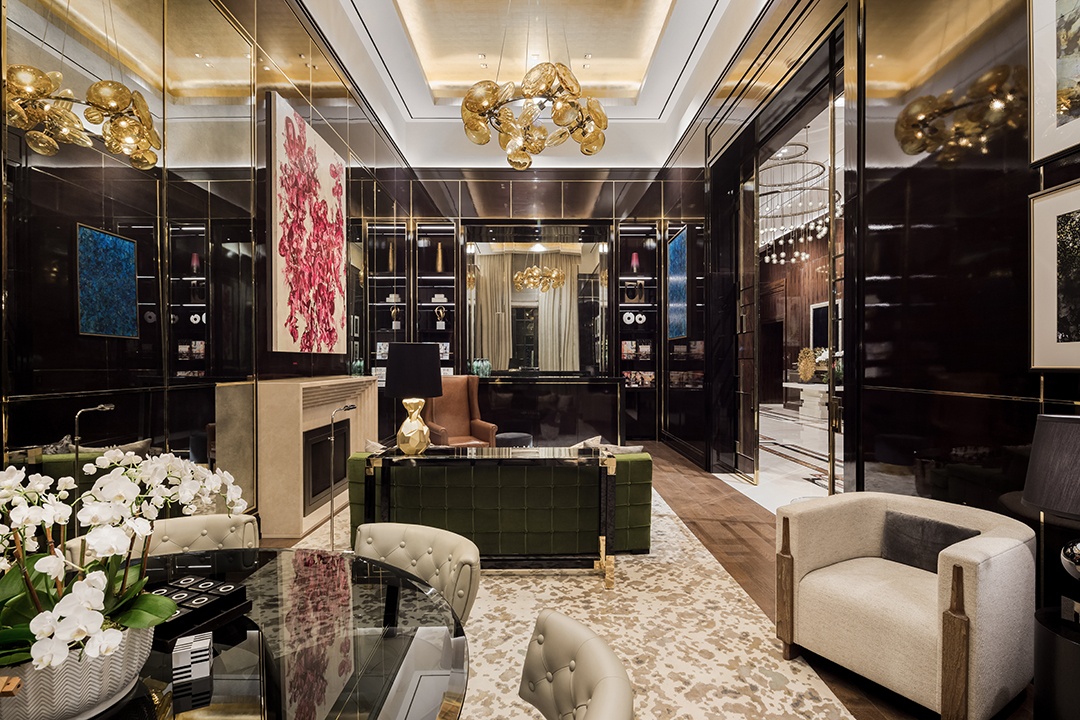 Taking cues from a New York City icon, The Palace Hotel, Champalimaud introduced subtle “nods” to the timeless icon, from the hand-blown bubbled glass chandelier to the lacquered wood walls and marble floors with black and gold inlay. 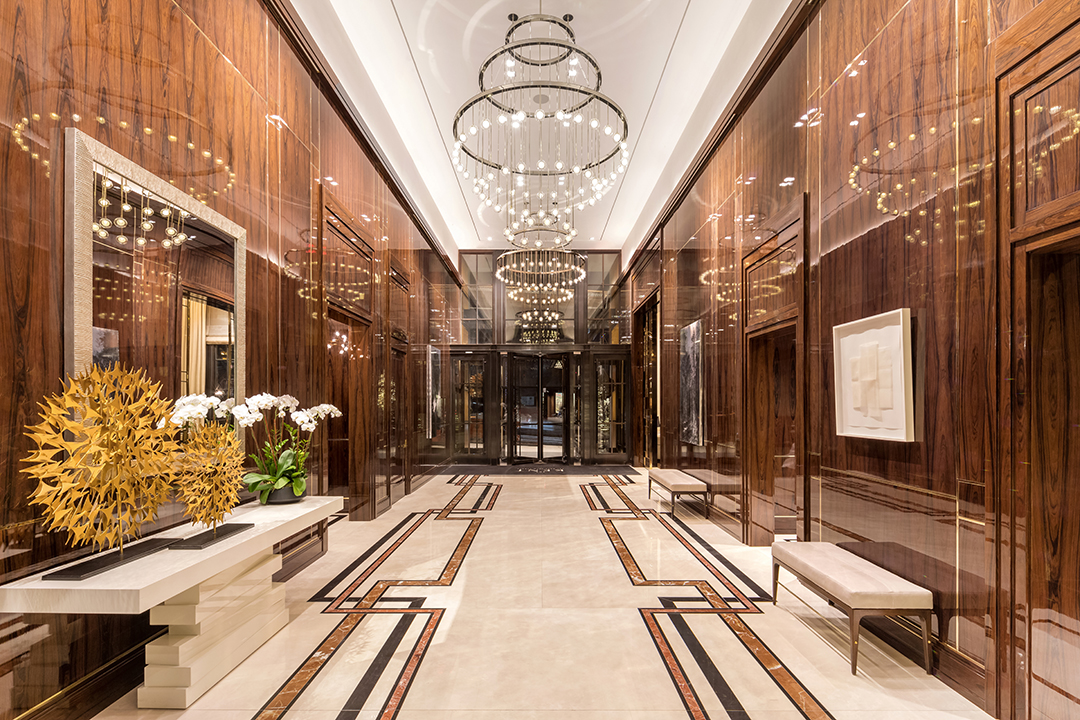 Winston Kong, partner at the firm noted, "We designed the public spaces of The Kent to achieve a grand and impactful moment of arrival – immediately you know you’re walking into a building that’s special, mirroring the same feeling one experiences in any of these iconic hotels. To amplify the richness of the entrance we added detailed moments throughout; delicate gold ceilings, custom chandeliers, and beautiful stone inlays on the floors – which are actually similar to those at the Palace. As you ascend or descend the building into the shared amenity spaces, the overall design becomes a little more subdued but no less impressive." 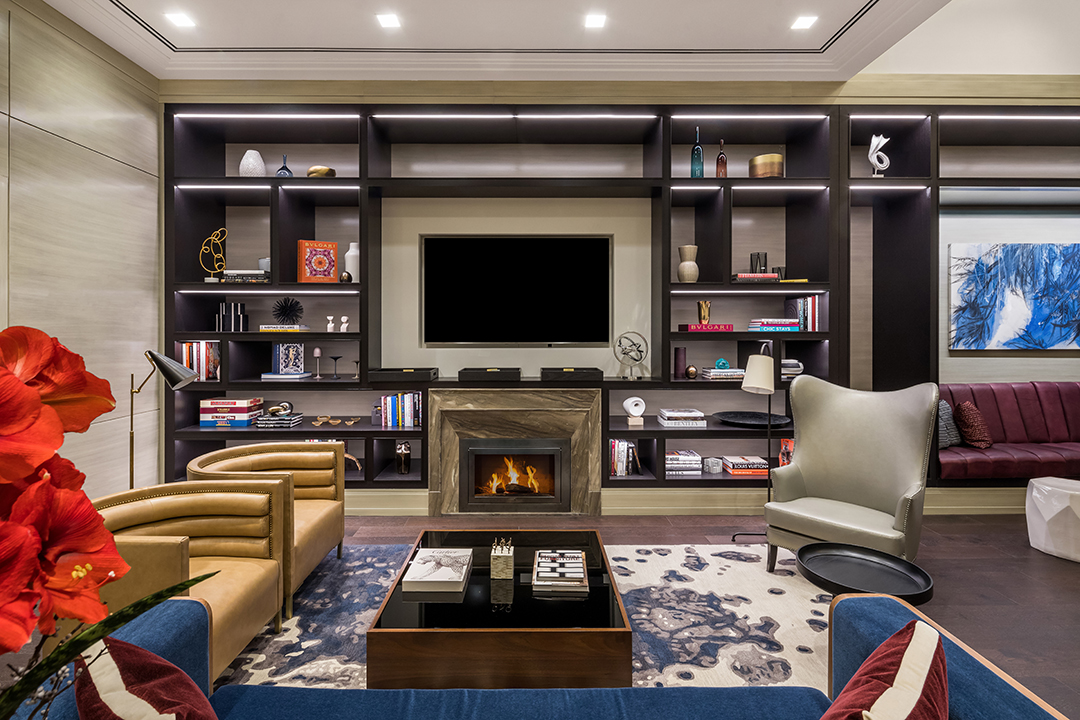 Alexandra Champalimaud, founder of the firm stated, "Designing five-star hotel spaces is a complex task that must meet a broad range of overlapping and often conflicting needs; the result must look effortless. All of these needs are similar in a luxury apartment building. The design direction, the use of materials, the quality, they all matter and they must leave an impression. I think this is what connects buildings like The Kent to places like The Palace the most." 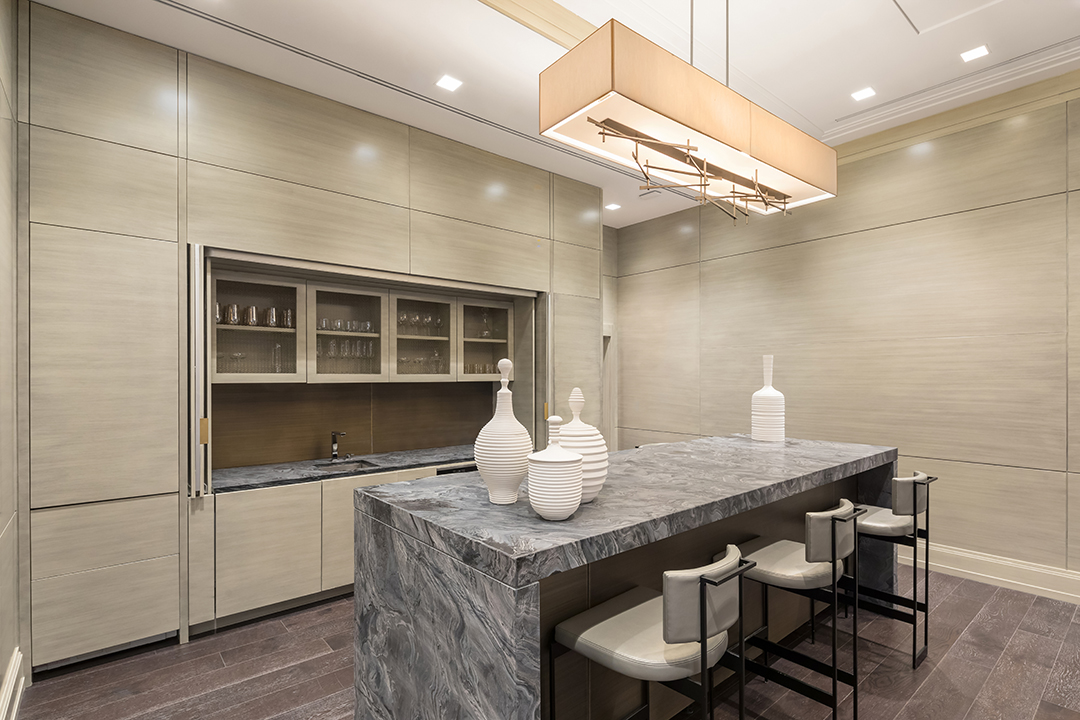 He added, "Art Deco was an explosive aesthetic movement in New York and it lives in the soul of the design narrative for many buildings including The Kent and The Palace. The Deco references between both projects have parallel similarities but are unique in their own right. Both are imbued with rich woods, immaculate marble floors with strong geometric patterns, tiered chandeliers, and a gilded ceiling drawing their eyes upwards and energizing the arrival experience."

Forty blocks south, 200 East 59th Street, which is developed by the same team behind 432 Park, shaped their lobby vestibule as a nod to the local, iconic Apple cube. Featuring floor-to-ceiling glass and a white, minimal aesthetic, the luxe residential lobby was designed – like the Apple cube – to create a dramatic entrance with very fresh, modern elements. 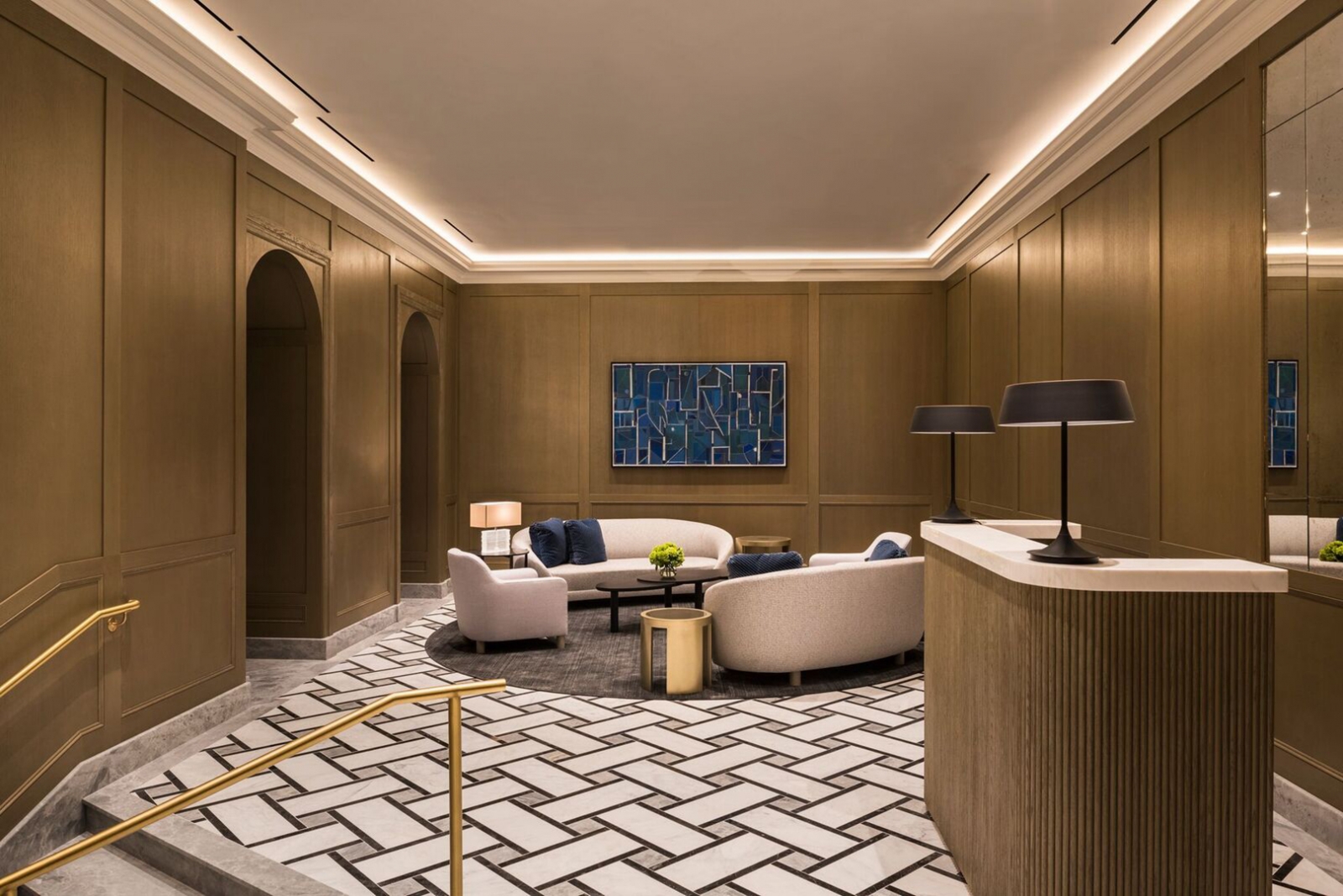 101 West 78th Street, a late 19th century residence across from the American Museum of Natural History, has been recently restored to its intended grandeur via design extraordinaire, Stephen Sills. One of the building’s new, stand-out feature is the geometric floor inspired by the Hotel Lutetia in Paris. The dramatic stone floors are composed of Calacatta Prima Select, Negro Marquita and Blue de Savoy marbles, creating a stunning, graphic effect and bringing a touch of Parisian history to the Upper West Side.