Exploring India's history on a trip to Chennai and surrounding regions 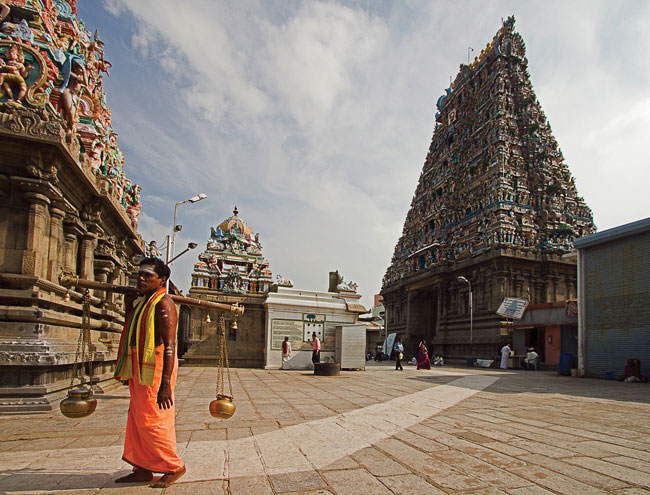 If you’ve ever slipped on a pair of Madras shorts or hummed the Whiffenpoof Song, you have something in common with Chennai. Capital of the southeast Indian state of Tamil Nadu and formerly named Madras, this is where the colorful plaid fabric originated and long ago was governed by Elihu Yale, founder of the New Haven university. Today, Chennai is booming with business opportunities and sightseeing prospects.

Teeming with honking cars and trucks, bicycles and three-wheeled motorized tuk-tuks, the streets pose a noisy challenge. A tuk-tuk charges a few dollars per destination and is a great way to see the historic areas.

Start at the 7th-century Kapaleeshwarar Temple, a towering Hindu shrine in the middle of town, its total surface cluttered with a heap of colorful pottery gods and goddesses. Move along to Fort St. George, heart of the colonial city founded by the British in 1623, where dusty military memorabilia is exhibited in the Old Exchange Building. St. Mary’s, the fort’s oldest Anglican church, is lined with memorial plaques recalling those lost to the hardships of climate and combat. Governor Yale was married here and an obelisk commemorates the untimely death of his toddler son.

The High Court is the world’s second largest judicial building and is one of the finest examples of Indo-Saracenic architecture in the world. It is a favorite of architecture buffs who marvel at its conglomeration of Indo-Islamic, Indian, Gothic Revival and Neo-Classical features. Another historic church, San Thome Basilica, holds the remains of St. Thomas, a disciple of Jesus.

Spanning almost eight miles along the Bay of Bengal, Marina Beach is known as the world’s second-longest beach. While the waters are too rough for swimming, its block-wide expanse of sandy beach attracts people strolling, playing volleyball and cricket, flying kites, riding ponies, and for children—riding on mini Ferris wheels.

A few miles south in the city of Mamallapuram, there are 3rd- to 9th-century carved rock temples and shrines of the Pallava Dynasty. A two-hour drive along a coastal road lies Ponduchery, the former French colony of Pondichery. Policemen wearing bright red kepi caps and belts are traces of the Gallic heritage, and some of the city’s pastel villas have been converted into shops selling colorful one-of-a-kind quilted and embroidered handbags.

Back in Chennai, storefronts are stocked with dangly earring and necklace sets, carved statues of monkeys and elephants, swingy tiered cotton skirts, and saris in vibrant colors. Colorful jersey dresses, hand-glazed pottery and brocade sandals are sold upstairs over the café in Amethyst. Street vendors peddle wall hangings intricately hand-stitched with scenes of local festivals and cities. Oddly, there wasn’t a pair of Madras shorts to be found.

Renovations have erased most traces of a historic Irish mansion that has been converted into the posh Connemara Hotel. The INDeco, a beachside museum hotel in Mamallapuram, houses guests in unusual domed suites. Near the airport, the new Hilton Chennai, with filigree screens and an outdoor rooftop lounge and pool, is a comfortable retreat for those touring the region.

This article appears in the July 2011 issue of Connecticut Cottages & Gardens.