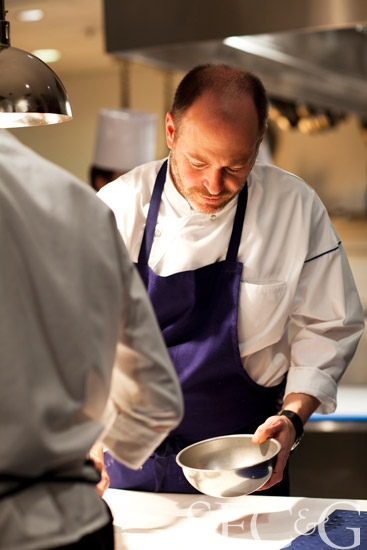 If you’ve ever longed to tuck into a plate of chef Michael Tusk’s divine tagliatelle at home, then start setting the pot to boil. Tusk and partner Lindsay Tusk, proprietors of the two-Michelin-starred Quince and its little sister, Cotogna, have just launched an eponymous line of dried pastas. Here, the Tusks dish about their tasty new blend of cuisine and design.

Who designed the stylish packaging for Tusk Pasta?

LT: We wanted something classic that would complement the aesthetics of both Quince and Cotogna. We worked with Elixir Design, a San Francisco–based firm, and from the very start, we were impressed with their ideas. We particularly loved the logo—an elephant with two tusks and a rigatoni trunk!

The line had an artful unveiling as well.

LT: We had the opportunity to debut Tusk pasta at the Fog Design + Art fair in January. It was great to interact with people and demonstrate our pasta-making process.

Where did you develop your mad pasta-making skills?

MT: After graduating from college, I took off to gain experience in Michelin-starred restaurants throughout France and Italy. My experience in Italy’s Barbaresco region resonated most profoundly and piqued my interest in Northern Italian regional cuisine. 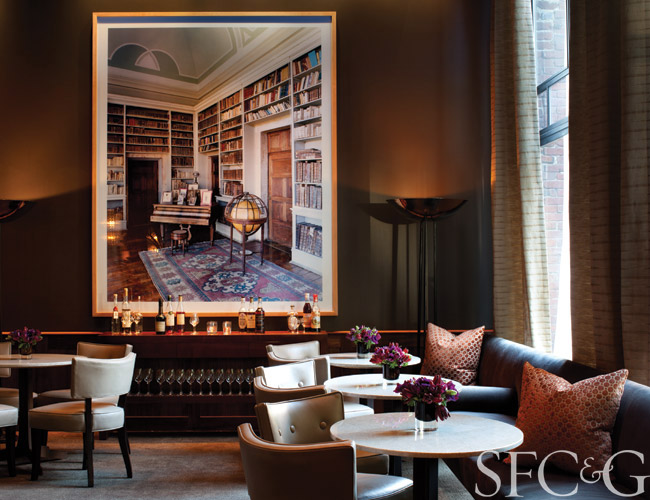 Tell us about what’s on offer from Tusk Pasta.

MT: We have two featured lines—egg and extruded. The egg pastas include tagliatelle, pappardelle, garganelli, farfalle and filled pastas. The egg yolks lend a wonderful richness that makes them really special. The extruded pastas come in a variety of shapes, sizes and doughs. Both lines will be made with artisan flours procured from small mills in California, Utah and Montana. We’ll add new pastas to both lines according to what’s in season.

Where are the pastas available for purchase?

MT: Right now, exclusively at Cotogna and Quince. We’re looking for space to house a pasta production facility, which will also include a pasta school where people can learn new and traditional techniques.

A version of this article appeared in the May 2014 issue of San Francisco & Gardens with the headline: A Moveable Feast.

Browse More ARTICLES from the May 2014 Issue of SFC&G