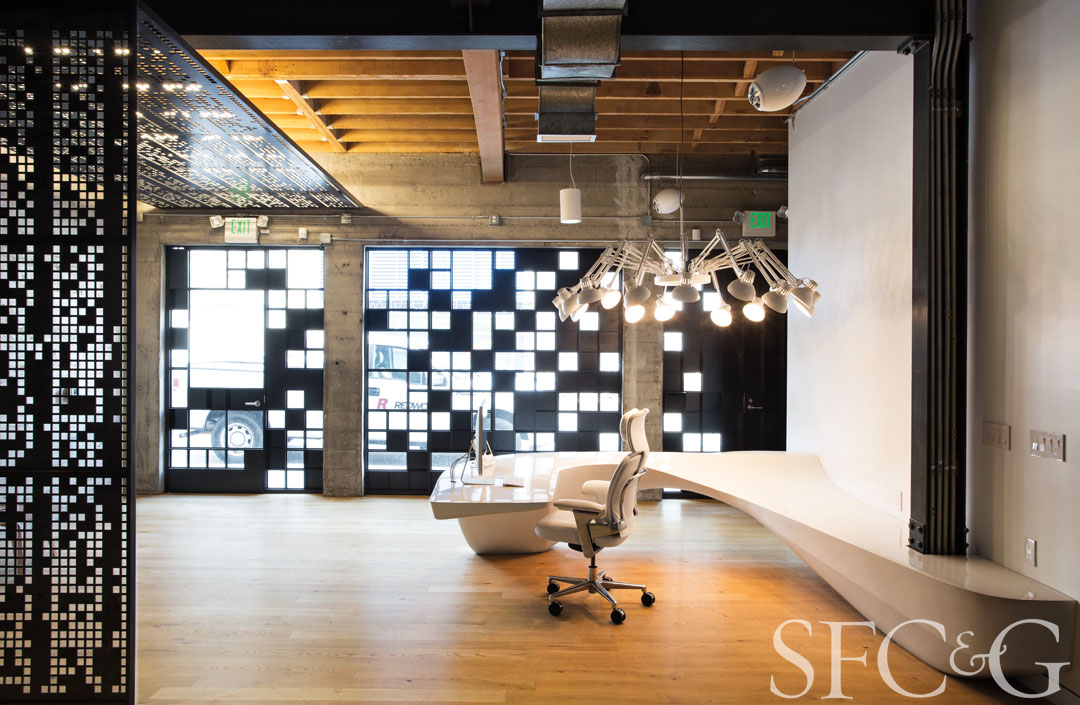 Some of the most inventive and refined architectural metalwork in the Bay Area is made in West Oakland. That’s where Chris French’s eponymous firm, a custom metal design and fabrication shop known for its jewelry-quality craftsmanship and execution of highly complicated projects, has been transforming materials like steel, aluminum and bronze into impossibly precise, beautiful forms since 2002. “I want to make it look good, and I want it built right,” says French, which explains why he’s earned a following among the city’s top architects and designers, among them Aidlin Darling Design, Gensler, IwamotoScott and Studio Collins Weir. 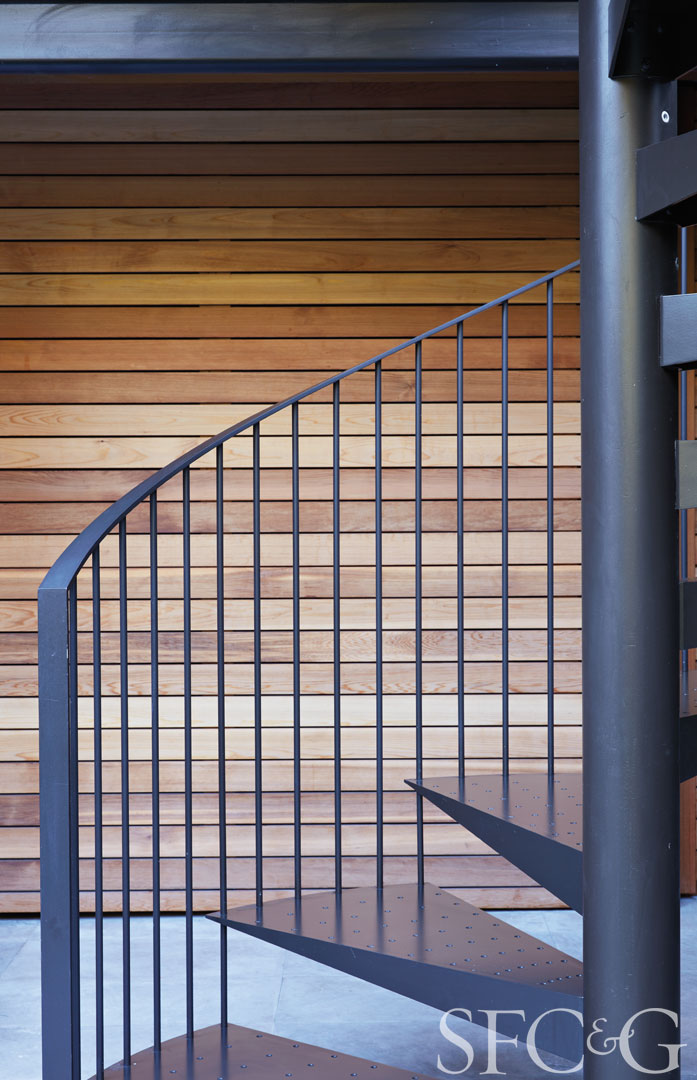 The 42-year-old, Seattle-born artisan, who studied sculpture at Arizona State University before moving to the Bay Area in 1997, is humble about his achievements. “We’re collaborators,” French insists, noting his work is often the brainchild of others. But his portfolio of feature staircases, fire surrounds, custom furniture and artful finishes reveals an artistry distinctly his own. “Metal in its natural state is gorgeous to me,” he says. “I love the varying color and texture, the plate and sheet, the channels, angles and bar stock. Metal also spans great distances and creates so much visual suspense.”

One of the company’s breakthrough projects was a collaborative design for Aether Apparel’s San Francisco retail store in 2013, part of Envelope A+D’s “cargotecture” development in Hayes Valley. Three recycled shipping containers stacked off-center created a dramatic cantilevering structure; the interior became a blank canvas for French’s top-to-bottom structural modifications, steel casework and ingenious garment displays. “We always make our own hinges, handles and wall brackets, when possible, to keep things from looking at all generic,” he says. “We like to own those little moments.” 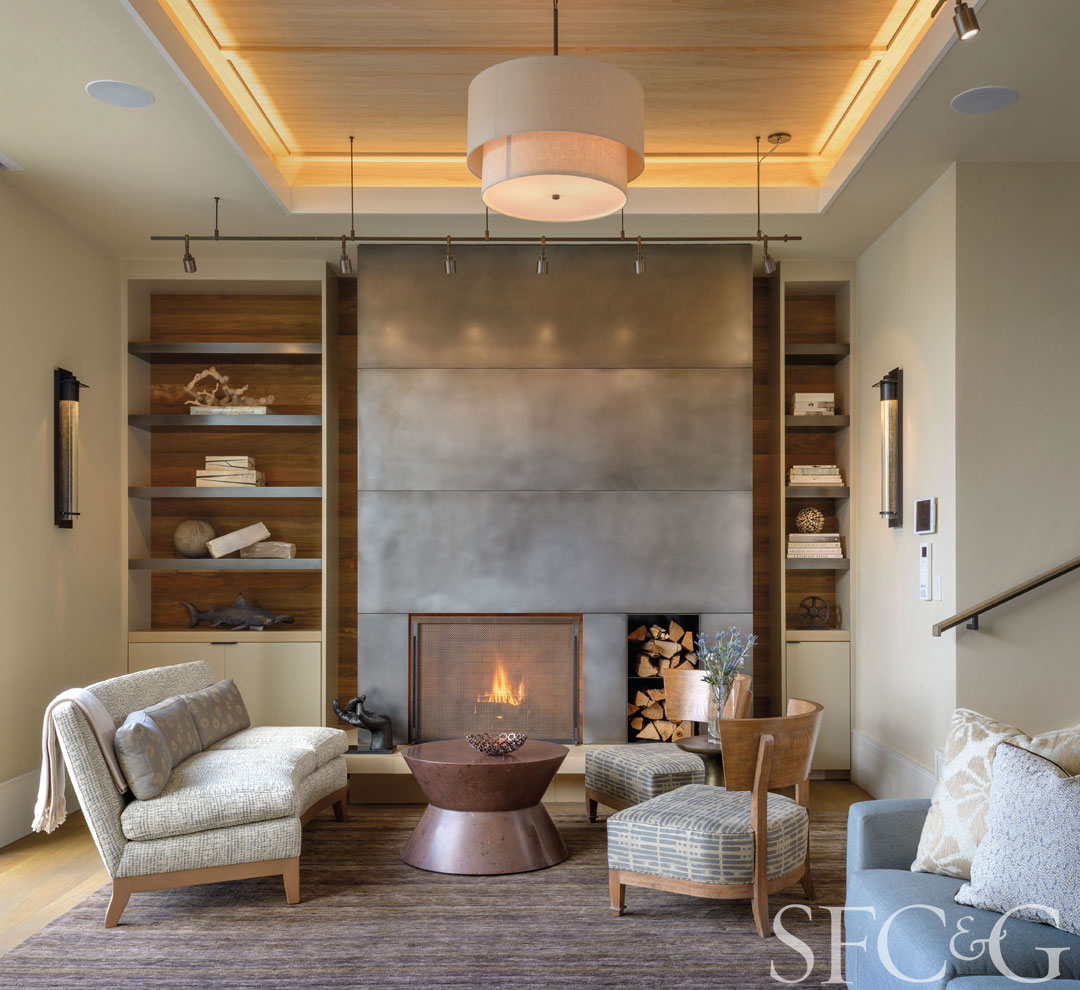 For a 2014 remodel of gaming software company Giant Pixel’s headquarters, French’s team collaborated with Studio O+A to realize a virtuosic entry canopy in the company’s reception area. Constructed from hot-rolled steel plate with laser-cut perforations, it’s meant to resemble an intricate matrix of binary code. A year later, the designers enlisted the firm to translate the canopy’s pixelated theme to a scaled-up storefront version with larger, glass-filled apertures flanked by custom pivot doors in painted steel. 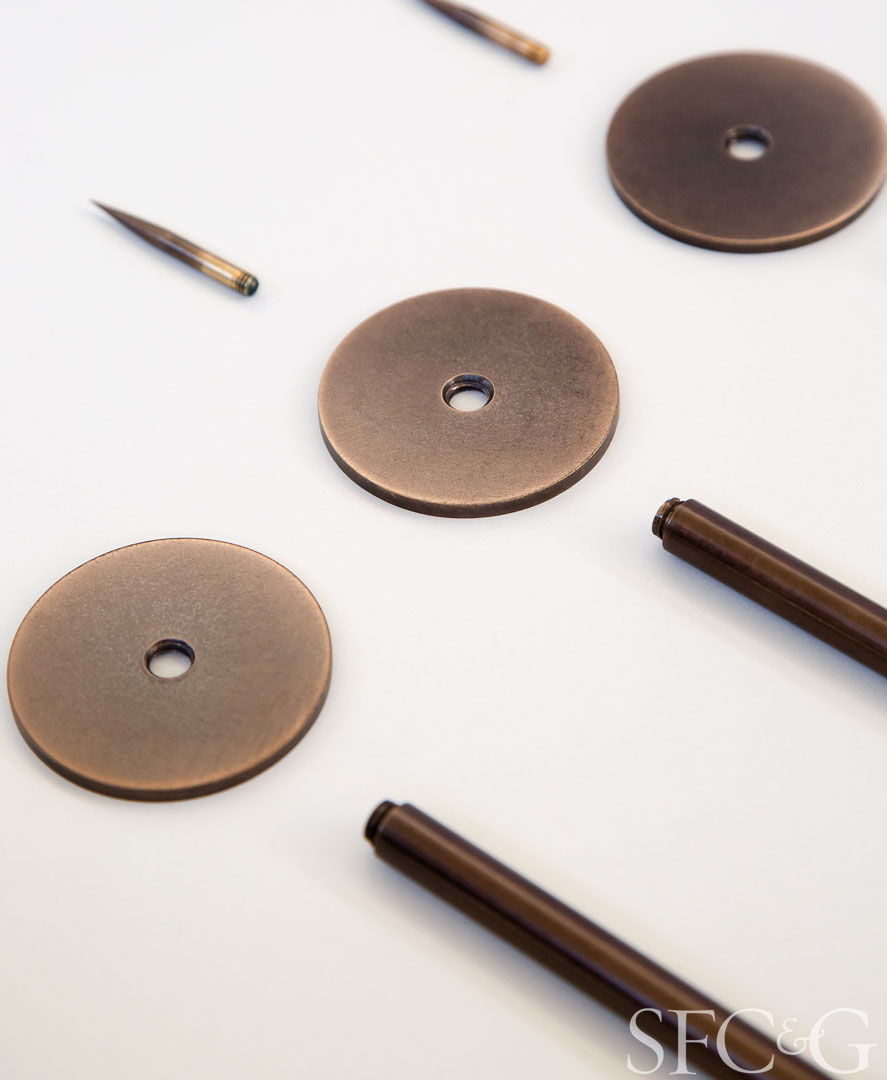 French also makes stunning sculptural elements. Commissioned by a Pacific Heights residential client in 2015 to create a water feature, he designed, welded and sanded seventeen eight-foot plates of bronze to form a monumental piece. For the same client, he conceptualized and built a sleek outdoor spiral stair—with stringers and posts in elegant stainless steel and LED lights embedded in each tread—that required only four field-assembly welds.

The latest expressions of French’s talent include a new tasting room and two large feature stairs for Silver Oaks Cellars, currently in progress in collaboration with architecture firm Sagan Piechota, and a showstopping, cantilevered stair devised in Coreten steel and concrete for a residential project by Kennerly Architecture & Planning. “We’ve done many smart stairs,” says French, “but this one is a massive, biomorphic sculpture worthy of ‘stairporn.com’!”

A version of this article appeared in the February/March 2017 issue of SFC&G (San Francisco Cottages & Gardens) with the headline: Metal Head.