Circa 1780 Louis XVI Cabinet Goes up for Auction

A treasure owned by the “last queen of Paris” goes on the auction block.

Object of Desire:
This circa-1780 Louis XVI cabinet of ebony veneer, engraved tortoiseshell, gilt bronze, and brass, part of the collection of Countess Jacqueline de Ribes, was included among the top lots at the “Collection Ribes” auction held on December 11 at Sotheby’s in Paris. 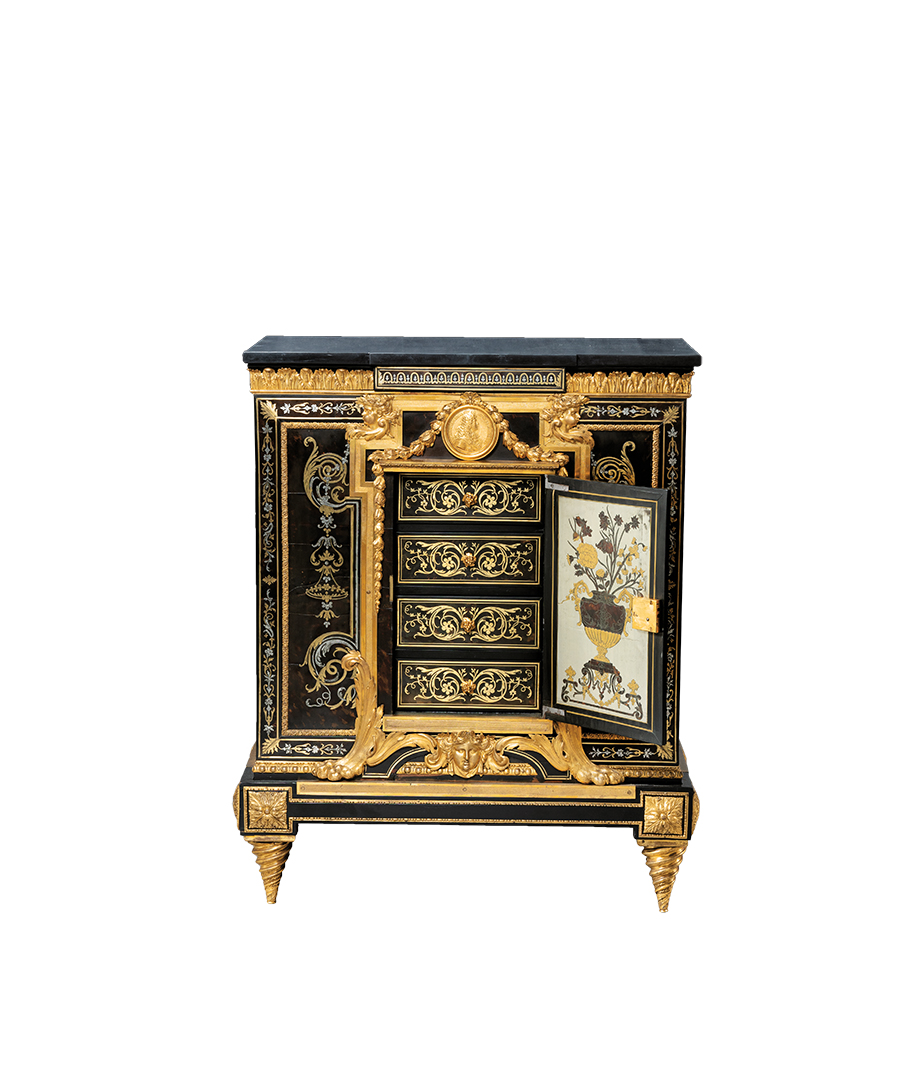 The Backstory:
Created in the Neoclassical style by Etienne Levasseur, a master French cabinetmaker who specialized in marquetry and continued in the tradition of André-Charles Boulle, the oak and ebony-veneer cabinet is inlaid with elaborate tortoiseshell, pewter, and brass flourishes. The front center panel is framed in ormulu (a gilt-bronze appliqué popular in the 18th century) and features a door with a lock that swings open to reveal four drawers inside. A black granite top and gilt-bronze feet finish off the sumptuous treasure.
“The cabinet is an 18th-century tour de force,” says Brice Foisil, senior specialist in French and Continental furniture at Sotheby’s, who points out that the piece was likely one of a pair which would typically be placed in a gallery corridor with sculpture on top and paintings hanging above. 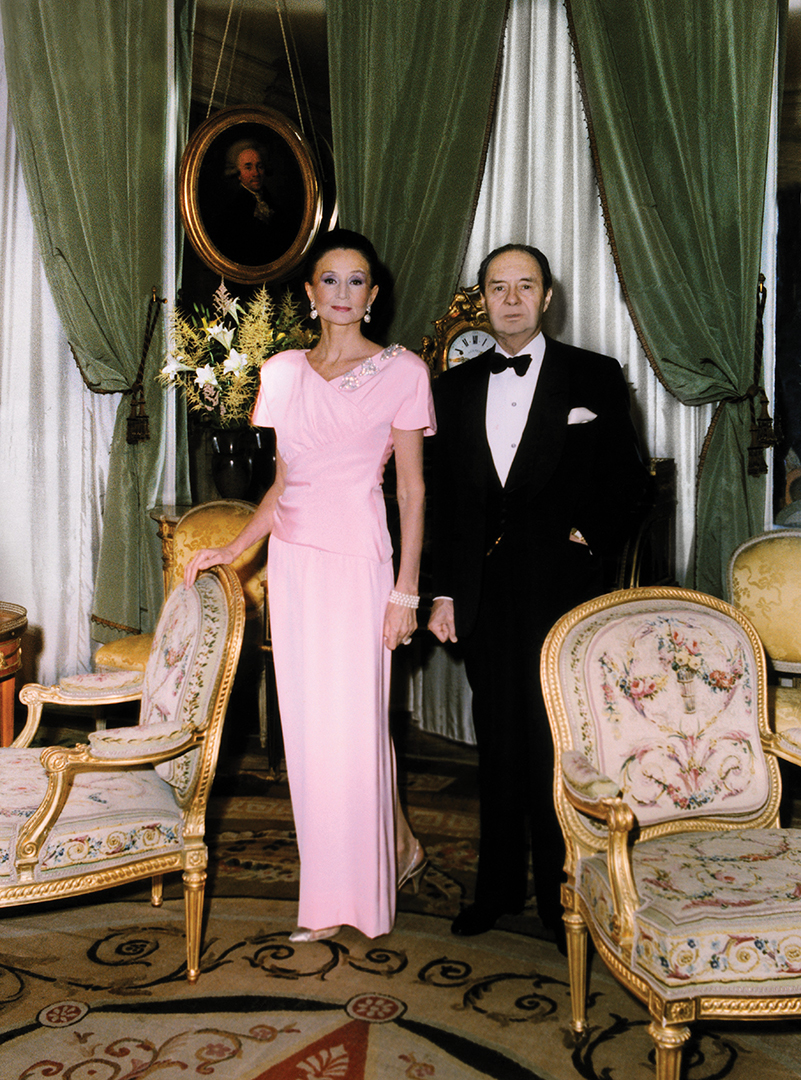 The Count and Countess de Ribes, photographed in the grand salon of their hôtel particulier. Photograph courtesy of Gérard Delorme

The Collector:
The daughter of a Parisian count, the aristocratic fashion designer and muse Jacqueline de Ribes, now 90 and popularly known as the “last queen of Paris,” has enchanted everyone from Diana Vreeland to Richard Avedon to Truman Capote, who decreed her one of his elegant “swans,” along with Babe Paley and Marella Agnelli. In 1948, she married financier Édouard de Ribes, a French nobleman, and the couple took up residence in his banking family’s 19th-century hôtel particulier on Paris’s Right Bank. Continuing the ancestral tradition of collecting Old Master paintings and furniture, the count and countess bought this cabinet from renowned antiques dealer Madame Henriette Bouvier around 1960 and lived with it intimately, positioning it in a cozy private drawing room, rather than in a large public salon. A share of the proceeds from the sale of the cabinet, which at press time was expected to bring $165,000 to $275,000, will benefit charitable and cultural organizations.