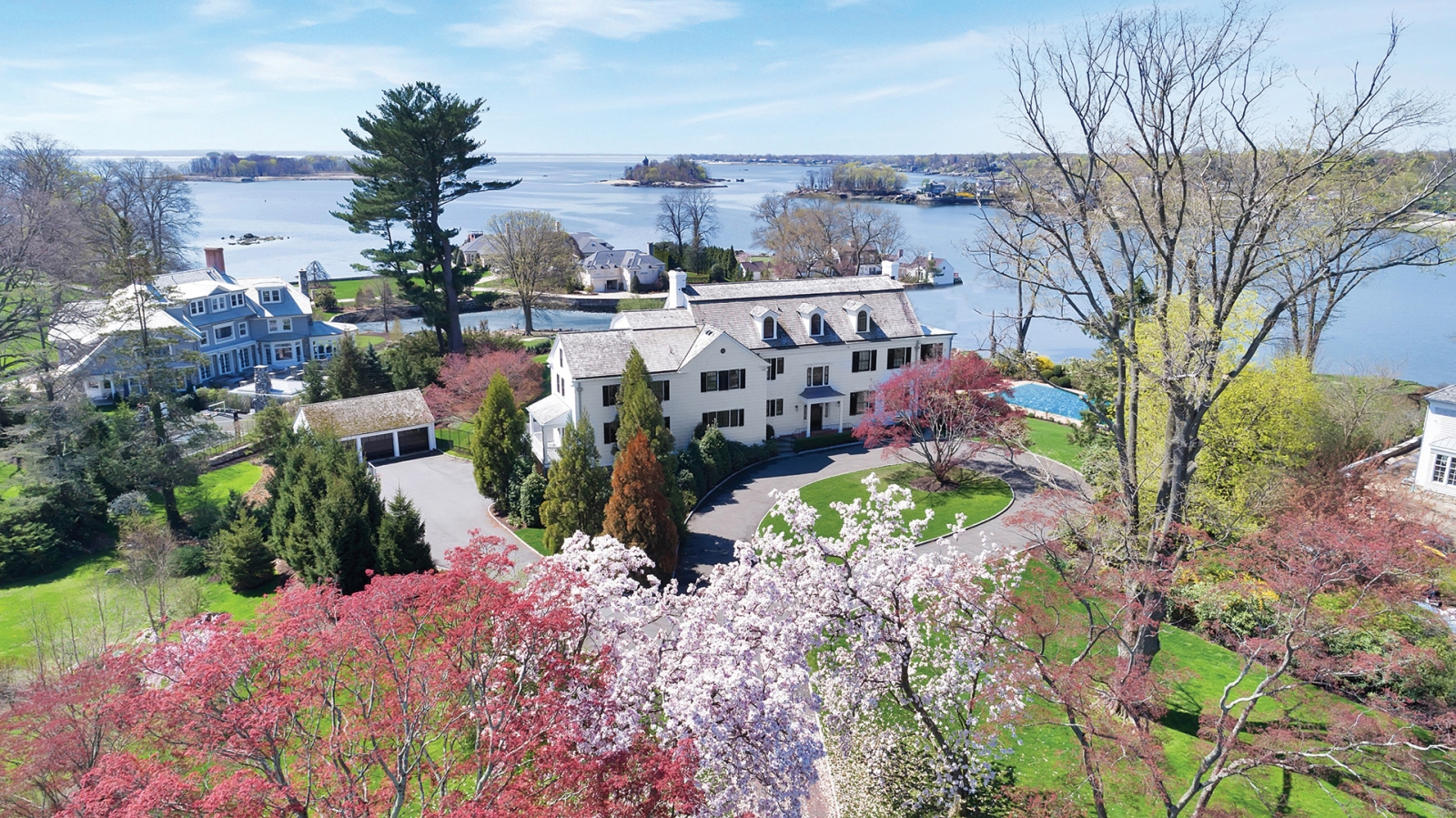 Belle Haven in Greenwich is one of that town's most exclusive coastal enclaves and an early example of a gated community, with its own club and beaches. Unlike modern-day (and ready-made) gated associations, this one is comprised of varying housing styles—from the circa-1920s, five-acre spread owned by Diana Ross to the many-columned Colonial financier Paul Tudor Jones calls home.

Among the most stunning for-sale estates is a circa-1915 Georgian Colonial, with its own 375 feet of private Long Island Sound shoreline. There are 10,000-square-feet (and four stories) worth of interiors, all of which were renovated in 2014, producing such knock-out spaces as a grand entry hall, a spa-like master suite and stacked verandas overlooking the water. The exteriors are swell as well, featuring a swimming pool, an expansive cutting garden and a contoured golf practice green with bunkers. It lists for $21 million with Christopher B. Finlay of Halstead Property.