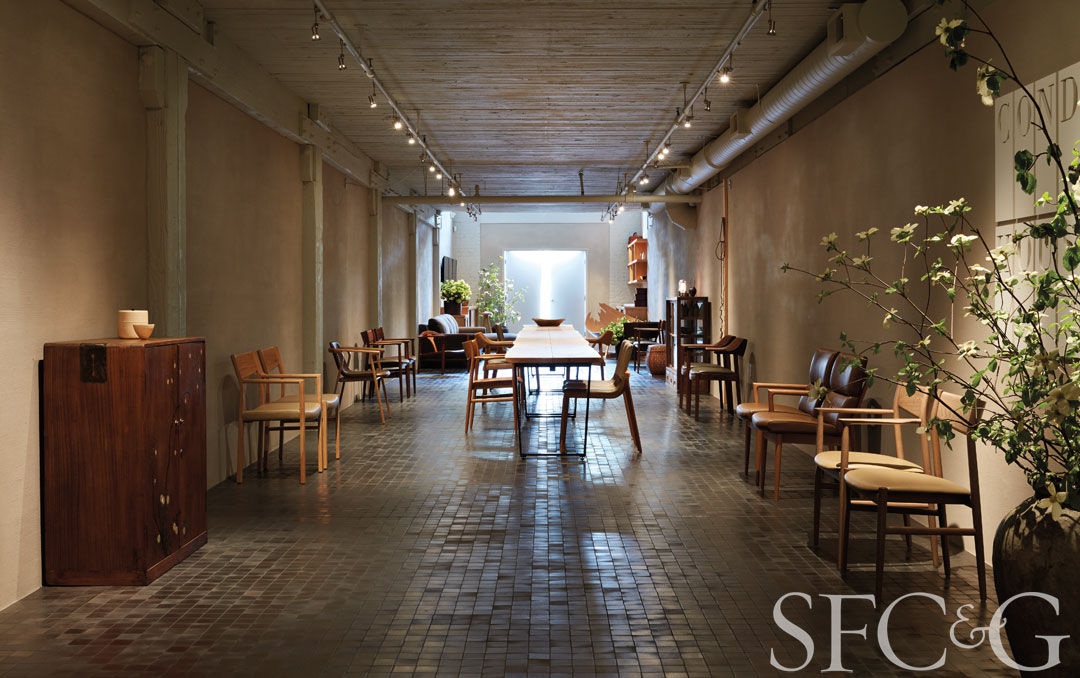 The perfect new venue for Japanese furniture company Conde House presented itself when Wendy Tsuji, co-founder of San Francisco's Frost Tsuji Architects, spotted an overlooked sliver of a space at the San Francisco Design Center. Tsuji, with whom the Hokkaido-based Conde House has collaborated for over 30 years, realized that the challenging layout was just like that of a traditional Japanese machiya, the so-called Kytoto “eel houses” that were intentionally built long and narrow after an emperor began taxing homes based on their their width. 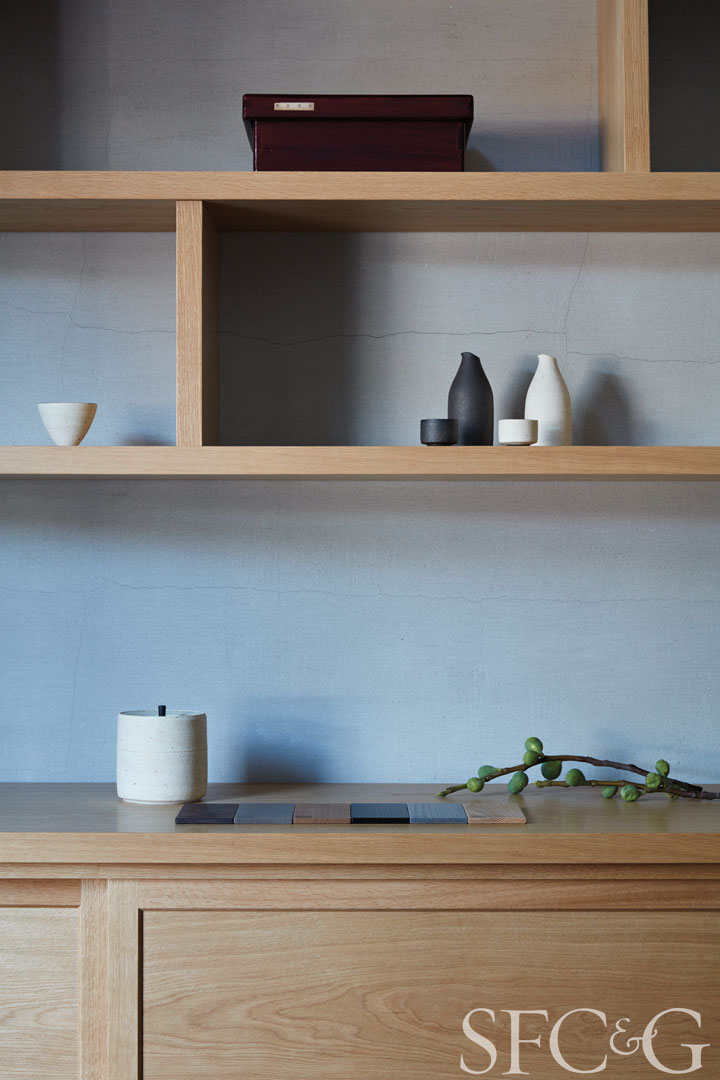 “Machiya”, Tsuji notes, “were the original mixed use buildings:” artisans used the back as a family dwelling, the middle as a workshop and the front served as a storefront and space for socialization. With the machiya concept as her template, Tsuji explains: “It seemed natural to try to blend what the showroom is doing—showcasing finely crafted Japanese furniture—with a space where people could come, socialize and learn about culture and artisan craftsmanship.”

To that end, Tsuji designed a 30-foot-long table that is at the heart of the showroom. Comprised of three individual 10-foot-long tables, it was made from a single Japanese oak tree and features a live edge on both sides. In a nod to less is more, Conde House furniture is sparingly placed throughout the showroom. Juxtaposed with these contemporary pieces are antiques, including two tansu that Tsuji introduced to provide context while, she says, “avoiding being too overtly traditional”.

Working with a plasterer, she used organic pigments to create a custom gray for the walls, referring to it as a “chameleon color” and noting: “Gray and beige are the most difficult color ranges to work with. Depending on the time of day and what sits adjacent to it, the color changes. It isn’t something that is easily described.” In keeping with traditional tiled machiya flooring, Tsuji also worked closely with Paul Burns of Bay Area Fireclay Tile to create a manganese and copper glaze for the floor tiles that will slowly patina over time. 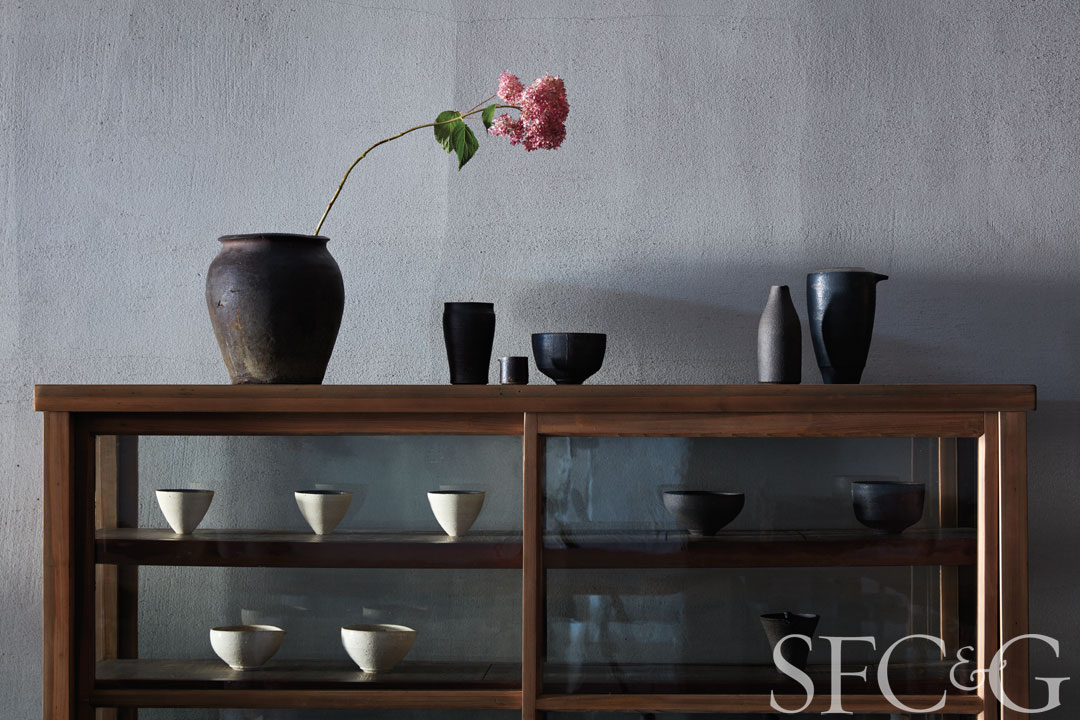 With her machiya concept, Tsuji’s ultimate goal was to go beyond creating just another showroom, as she explains: “It has to be more than just pure design. It has to be about the program too.” To that end, Conde House is featuring the work of select artisans, beginning with Hokkaido ceramicist Shinobu Hashimoto, and recently hosted a pop up with San Francisco's Small Trade Company, featuring Japanese-inspired market bags by designer Matt Dick. A series of events is also in the works to bring together designers, craftspeople and the curious to meet and exchange ideas, and to gather around the table at the heart of this modern machiya.

A version of this article appeared in the September 2016 issue of SFC&G (San Francisco Cottages & Gardens) with the headline: A Modern Machiya.