Connecticut's Microbreweries Tap into a Growing Thirst for Specialty Brews 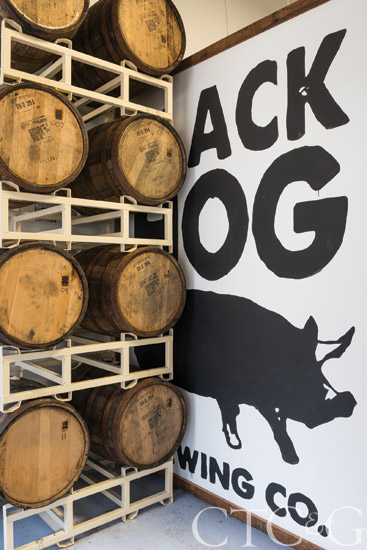 While the microbrewery scene has been going strong for decades elsewhere, Connecticut only got into the game in earnest in July 2012, when a new state law permitted breweries to sell direct to consumers. Now there’s a Connecticut Beer Trail and 26 active microbreweries—with 11 more coming this year. Most of these craft brewhouses were founded by bold young men who changed careers to follow their beer-making dreams.

Newest on the scene is Black Hog Brewing Co., which launched in August 2014 by Tyler Jones and brothers Jason and Tom Sobocinski. Jones, who trained under brewing legend Tod Mott (creator of Harpoon IPA), was already known for his work as head brewer at New Hampshire’s Portsmouth Brewery. “It was a perfect storm,” says Jones. “Our first three brews—Ginga’ Ninja, a red IPA [India Pale Ale] made with fresh ginger; Granola Brown Ale, an oatmeal ale; and Easy Rye’Da, a session rye IPA—really took off. In nine months, we are up to 3,000 barrels.”

Another success story is Conor Horrigan, the former investment banker behind Half Full Brewery. “Three years into the fast-track finance life, I asked myself, ‘Is this what I really want to do?’” says Horrigan. “On a train between Prague and Vienna, it hit me that my glass was only half full.” When he opened the brewery in 2012, his life turned optimistic. His crisp, citrusy Bright Ale was his first bright idea. Then came smooth, easy-drinking Pursuit IPA and malty Toasted Amber Ale. This May, Corrigan introduced Onward American Pale Ale. “We did 2,200 barrels last year,” he says, “this year we’re shooting for 5,000.” 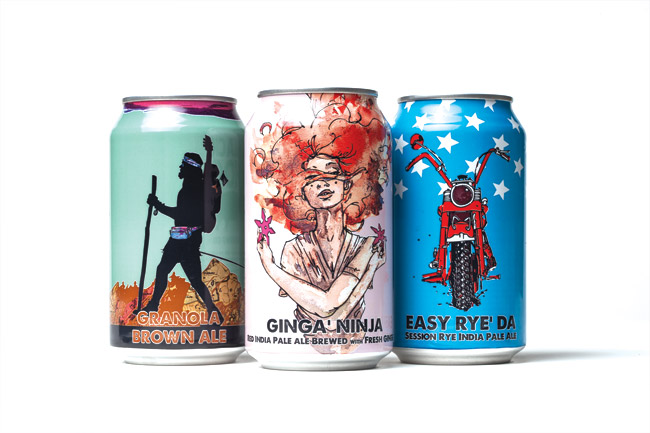 Some 20 years back, four partners first hatched their plan for Two Roads Brewing Co. Four years ago, they found the ideal space—a 100,000-square-foot, century-old factory building in Stratford. They put $18 million into a state-of-the-art facility (where they also do contract brewing for 13 other producers). “We first made our mark with Road 2 Ruin DIPA, which is higher in alcohol and higher in hops,” says brewmaster Phil Markowski. “It really has a unique character from the hops—with tangerine, mango and passion fruit flavors.” His Honey Spot Road White IPA, an American twist on Belgian-style white ale, is another favorite. “The hop varieties give it an orange citrus spicy character,” he says.

Tyler Jones of Black Hog Brewing Co. (Oxford):
S.W.A.G., a summer wheat ale with grapefruit. “It’s refreshing, with bright citrus flavors from the lemon-drop hop. I use a touch of fresh sage for an herbal back note, and it has a sweet finish.”

Conor Horrigan of Half Full Brewery (Stamford):
Bright Ale. “This is a unique beer that is both light and citrusy with grapefruit citrus zest. It comes in cans and is on draft.” halffullbrewery.com. • Rob Leonard of New England Brewing Co. (Woodbridge): Sea Hag IPA, with its floral aromas and crispness, is the first craft-brewed IPA to be packaged in cans.

Rich Visco of Shebeen Brewing Company (Wolcott):
Cannoli Beer, a dessert brew. “There is nothing else like it. It’s creamy because I put cream in the beer itself. You can have it dolled up with powdered sugar and chocolate on top.”

Phil Markowski of Two Roads Brewing Co. (Stratford):
Road Jam, a summer seasonal wheat ale produced with raspberries, blueberries and lemongrass. “It’s a crimson-colored beer that looks like it would be sweet but it’s dry with refreshing acidity from the berries.”

A version of this article appeared in the June 2015 issue of Connecticut Cottages & Gardens with the headline: Crafted in Connecticut.