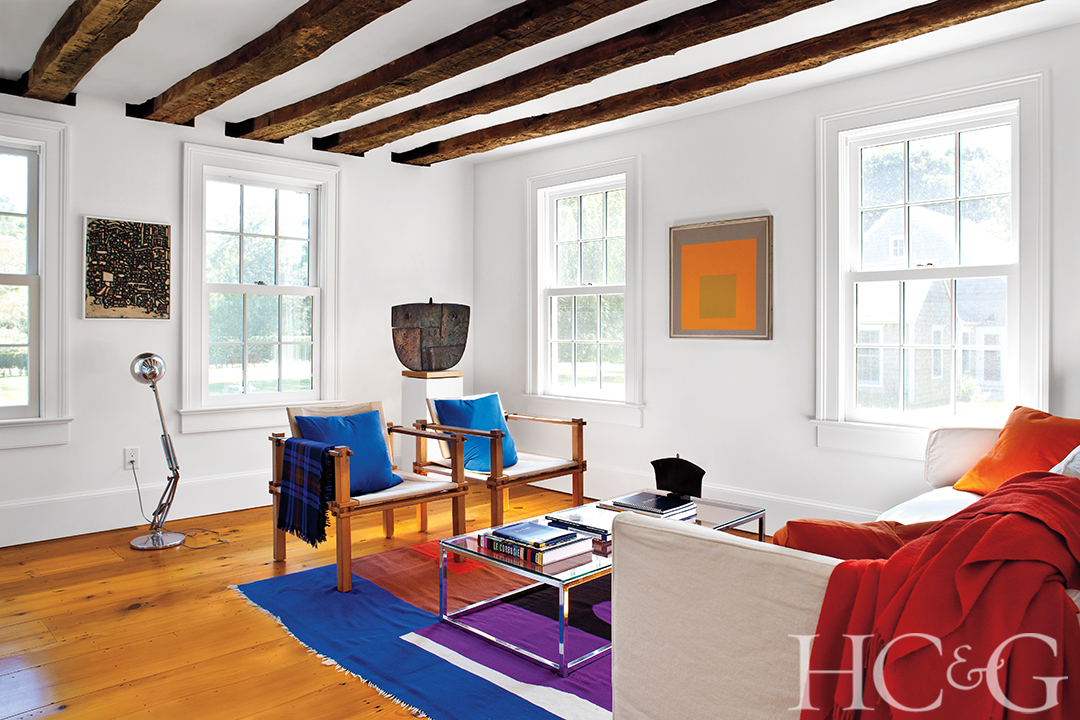 If these walls could talk, they would tell stories of everything from dinner parties with Jackson Pollock and Lee Krasner to cookouts with Arthur Miller and Marilyn Monroe to debates about modern art with Willem de Kooning and Le Corbusier. The latter, in fact, even made his mark on these 265-year-old walls, painting murals on them during a visit late in his life. They were to be his last.

The historic Springs home of Costantino “Tino” Nivola (1911–88) and his wife, Ruth (1917–2008), a jewelry designer, has been a beloved hub of family gatherings for generations. Although still a private house, it is a living artistic legacy, filled with Nivola’s paintings and sculptures, both indoors and out. (A museum devoted to Nivola is open to the public in his native Sardinia, and an exhibition of his work will open at the Drawing Room in East Hampton in August.)

Costantino Nivola moved from Italy to New York City in 1939. In 1948, after a visit with Jackson Pollock and Lee Krasner in Springs, he and Ruth bought an old farmhouse on 35 acres, 27 of which were sold to the Town of East Hampton for preservation the year after Ruth’s death. The couple had two children, Pietro and Claire, who grew up in the house, which was a constant work in progress. Pietro, who died in 2017, went on to a career as a well-regarded political scientist, and Claire a talented artist and book illustrator. 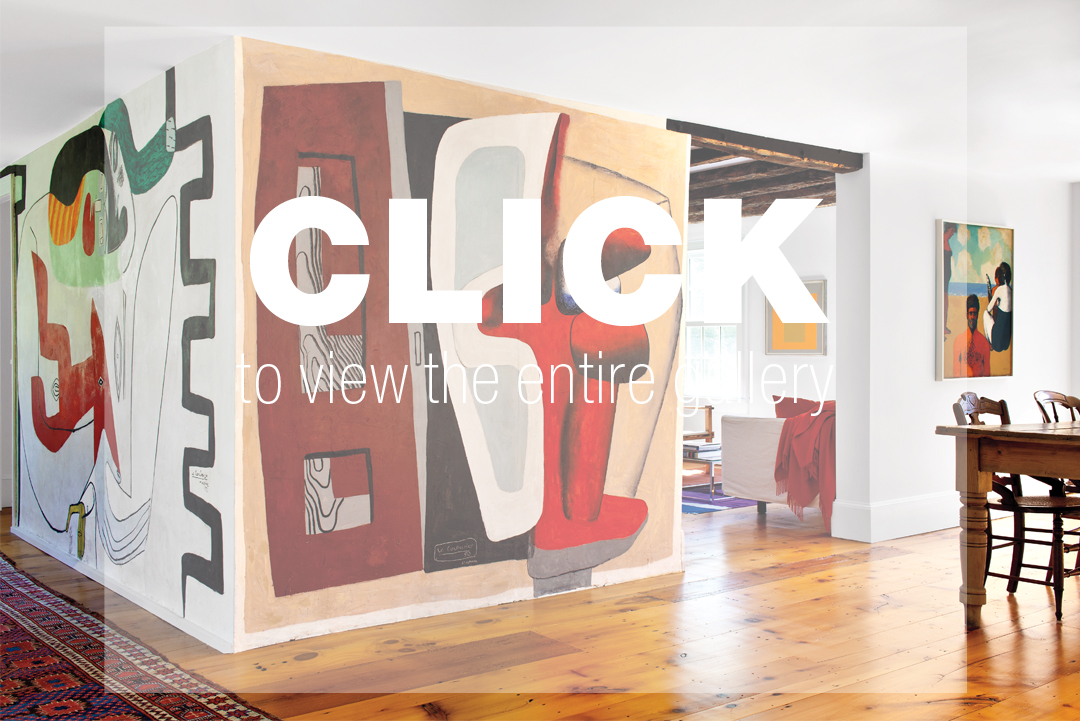 Pietro’s widow, Katherine Stahl, remembers that the farmstead “appealed to Tino’s Mediterranean soul. I have wonderful memories from the early years, when Saul Steinberg [who lived across the street] would regale us with stories. I was there for the last year of Tino’s life and 20 years of Ruth’s life and have such surges of reflection when I am hanging the laundry in the yard or taking care of the ancient dogwood in front. Ruth used to call the home her second skin.”

Built in 1754, the house has been owned by only two families, firstly several generations of Millers, who were the Montauk Lighthouse Keepers, followed by the Nivolas. “The house was a bit of a disaster, with falling plaster everywhere,” Stahl recounts, “but Tino knew how to work with his hands as well as a paintbrush, and he removed walls and repaired plaster, then painted it all white. He painted many of the floors a brilliant yellow and made furniture, sometimes from bits and pieces that had been scattered about the house. Pietro was about five when the family got the place, and he fondly remembered working alongside his father when they renovated.” Old beams from the barn—which served as Nivola’s first studio—are still extant in what is now a guesthouse. A mural by a young Claire remains to this day in the outbuilding that Ruth used as her jewelry studio.

And then there’s the Le Corbusier murals in the house’s primary living space. Le Corbusier and Nivola became friends when the Frenchman was invited to redesign the U.N. with a contingent of architects. According to Stahl, “Early in his stay, Le Corbusier met Tino in the city, and the two ended up sharing Tino’s painting studio in the Village. In 1950, Ruth and Tino invited him to Springs for a few days, and they created art together. Corbu learned Tino’s sand-casting technique, but also declared that the house ‘needed murals.’ Corbu proceeded to draw and then paint them over two days.”

The Nivolas also created enticing outdoor spaces for art and entertaining. “The garden rooms were designed by Tino and architect Bernard Rudofsky and include a solarium,” Stahl says. “They were a frequent gathering spot for many artists and other friends, and various generations of family members continue this tradition today.” Active participants include Pietro’s sons, Adrian Nivola, also an artist, and actor Alessandro Nivola and his wife, actress Emily Mortimer, who live nearby, as well as Claire’s family and Katherine’s daughter Asia Webber. Sculptures by Tino, Claire, and Adrian grace the garden.

In 2010, “after intense flooding,” Stahl says, Pietro decided to move the house to higher ground and convert the sagging barn into the guesthouse. It was a challenge, to be sure, but nothing compared to preserving the priceless Le Corbusier murals, painted on plaster over lath on two central walls that flank the primary living area. A crew of experts pitched in: Catherine Myers, a murals restoration specialist; builder Tim Mott; house mover Guy Davis; and architect James Laspesa, who helped Pietro with the overall redesign. To fortify the murals for the move, Myers adhered the plaster to the lath by injecting a special grout into the walls, then protected them with muslin, Styrofoam, and plywood. “It gave us all nightmares,” says Stahl, “which we only admitted to afterward. But the results are magical. The feeling of family and history and the joyous stories that come unbidden make me smile as I move around the property today. It’s a lovely thing.”

A version of this article appeared in the July 1-15 2019 issue of HC&G (Hamptons Cottages & Gardens) with the headline: A Bold Legacy.