Contemporary and Traditional Design Meld in this Historic Greenwich Home 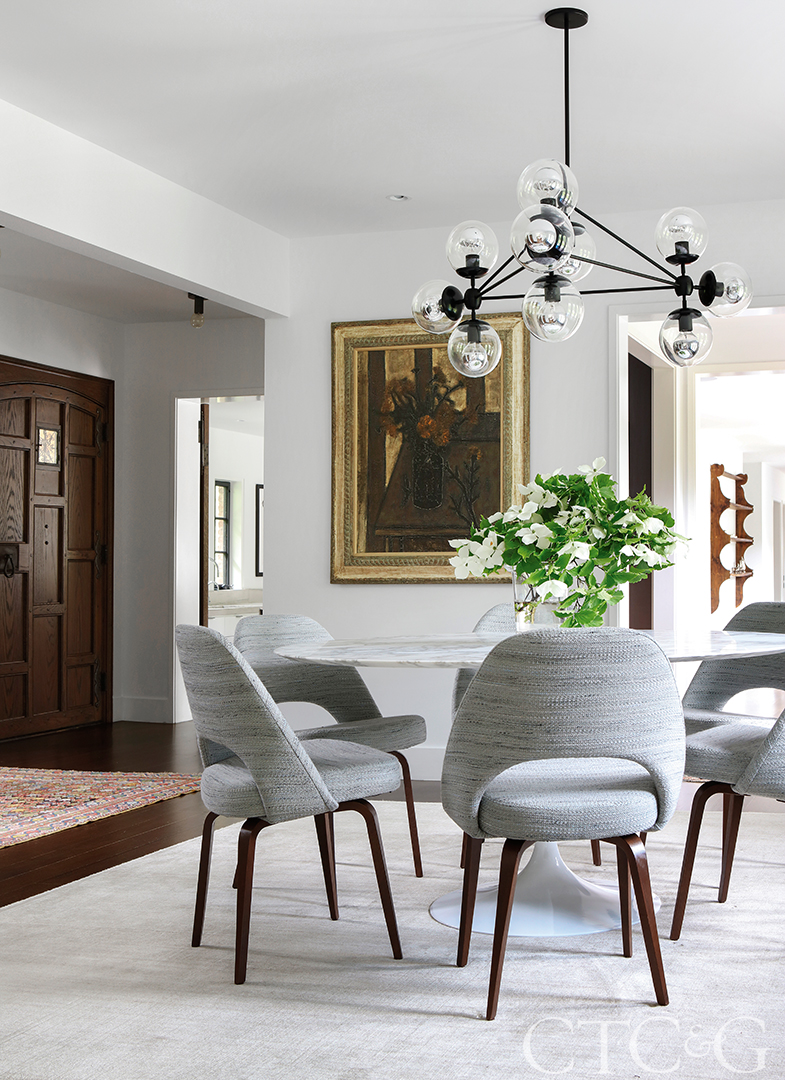 Tradition matters to the couple that owns this house in Greenwich. Tradition, that is, in terms of buying a classic English vernacular–style house dating from the early 1930s and in their decision to work with an architectural team and interior designer with whom they have a long and productive history. “The whole process of the gut renovation was so peaceful, with no moments of contention,” says architect Vrinda Khanna, who with her architect husband and collaborator, Robert Schultz, has worked with the couple on previous projects, including the transformation of their former Park Slope townhouse.

Meanwhile, interior designer Cristiana Mascarenhas of In Plus has worked with the couple for more than 20 years, on their first apartment in Chelsea (“long ago, when Chelsea wasn’t such a great place to be” she says), then on their Brooklyn home, and now in Greenwich. “With some families, you know so much about them already that it just makes the project so much easier,” she says. “You’re able to suggest things you might not otherwise be able to with newer clients.”

Not unlike the client, Mascarenhas is attracted to traditional architecture and design, so long as it’s able to incorporate the present. “Greenwich is a beautiful place, but it can sometimes feel too traditional, even stuck in the past, and the client said the same thing,” notes the designer. “But she’s a cool person, with such a strong visual sense that she was happy about the idea to mix modern/contemporary with a classical flavor to make something fresh.”

Upon discovering the house in an especially bucolic neighborhood of Greenwich, sited cleverly among rocky outcroppings and adjacent to protected wetlands, the couple was pleased with the setting but not the state of the interiors. The house had lain empty for years, and prior to that it had been a rental property. “At every level, it needed an interior refresh,” notes Schultz, “and as with any house left empty for a long time, the antiquated systems failed, with water damage and leaking roofs. Plus, overall it was very dark.” 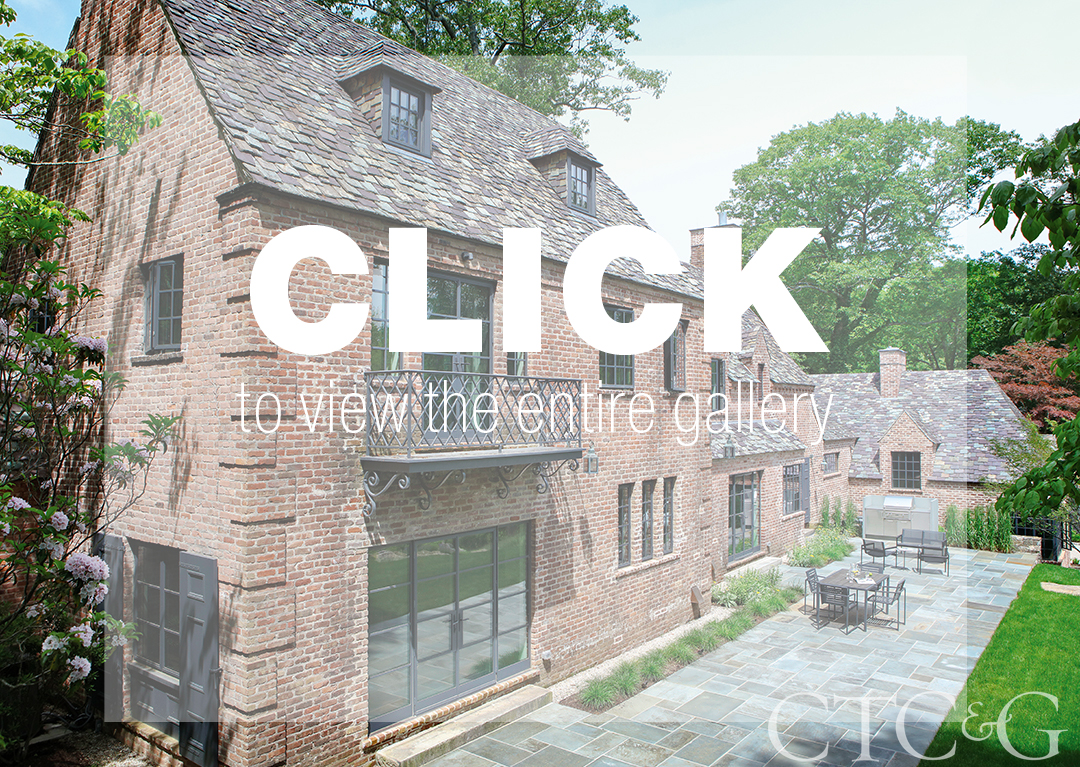 The husband-wife architectural team undertook a gut renovation, which involved reconfiguring substantial portions of the floor plan. A warren of tiny maid’s rooms and bathrooms were eliminated, and what was once the original dining room is now the kitchen. “The kitchen used to be so remote from the life of the house,” says Schultz, “indicative of when the house was built.” A family room wing was also added, which includes a mudroom, powder room, laundry and diminutive bedroom, adding about 1,300 square feet to the house. “The idea for both the new wing and the renovation was to bring in as much natural light as possible without destroying the integrity of the house,” Khanna emphasizes.

From the exterior, the family room wing, with its pitched slate roof (which is clad on the inside with a warm, glowing walnut), blends in seamlessly with the existing house. The only aspect that might signal a difference is the scale of the casement windows used and the way that they form corners. “We were careful that the material language of the house—the brickwork, slate roof, use of wood inside—would be exactly like the original,” Schultz says.

The most conspicuous architectural and interior design details are the multi-paned casement windows. Apart from a larger expanse of French doors in the living room and some extensions of the kitchen windows, in order to bring in more light, the architects kept the original position of the windows, but replaced all the casements with new double-glazed steel versions.

As for Mascarenhas’s blending of existing period details, such as massive sculptural fireplaces, with elements such as Saarinen chairs and geometrically exuberant lighting fixtures, the strategy was successful. “The best gift for a designer is when the client says, ‘I don’t ever want to leave my home. I want to stay here,’” explains Mascarenhas. “It means that it’s perfect for them, and that I helped make that happen.”

A version of this article appeared in the March 2018 issue of CTC&G (Connecticut Cottages & Gardens) with the headline: History Lessons.