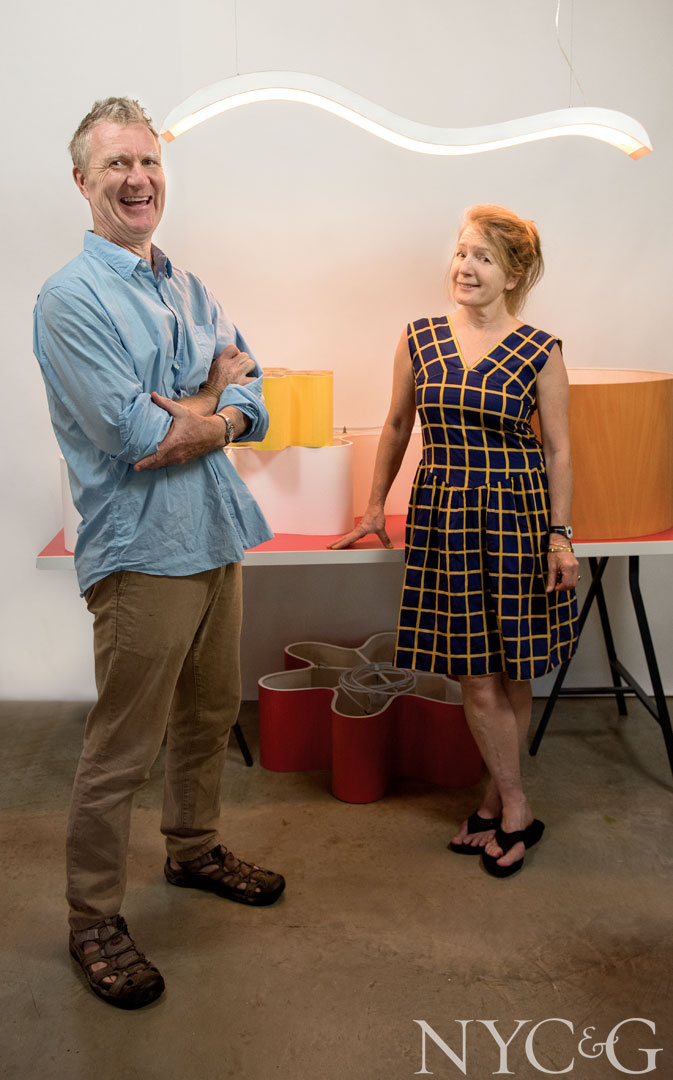 Marta Baumiller and Cliff Baldwin derive more than just pleasure from their garden in the North Fork hamlet of Aquebogue. Leisurely strolls often lead to brand-new concepts for their lighting designs, sold under the label Lampa. “The greenery in our garden is often the starting point for ideas about patterns and shapes,” says Baldwin, who notes how a blooming hibiscus plant inspired the pair’s Lotus pendant, while hydrangea petals and blades of grass influenced the look of their Lace Satellite and Forest Satellite fixtures, respectively. “We often take pictures of the garden to see what sparks a new concept,” Baumiller adds.

The couple met during the 1980s, while both were studying sculpture at the Kansas City Art Institute, and later relocated to New York City, where Baldwin, a Massachusetts native, published an art magazine and Baumiller, who is originally from Poland, produced a line of straw hats. Baumiller began experimenting with leftover straw, affixing it to metal frames and then adding bulbs to create “light sculptures.” These eventually morphed into light fixtures, and in 1991 Lampa, which is Polish for “lamp,” was born. “Part of the creative process is looking at what you’re making and thinking, Where else can this take me?” says Baumiller. “Initially, the light sculptures were never meant to be lamps.” 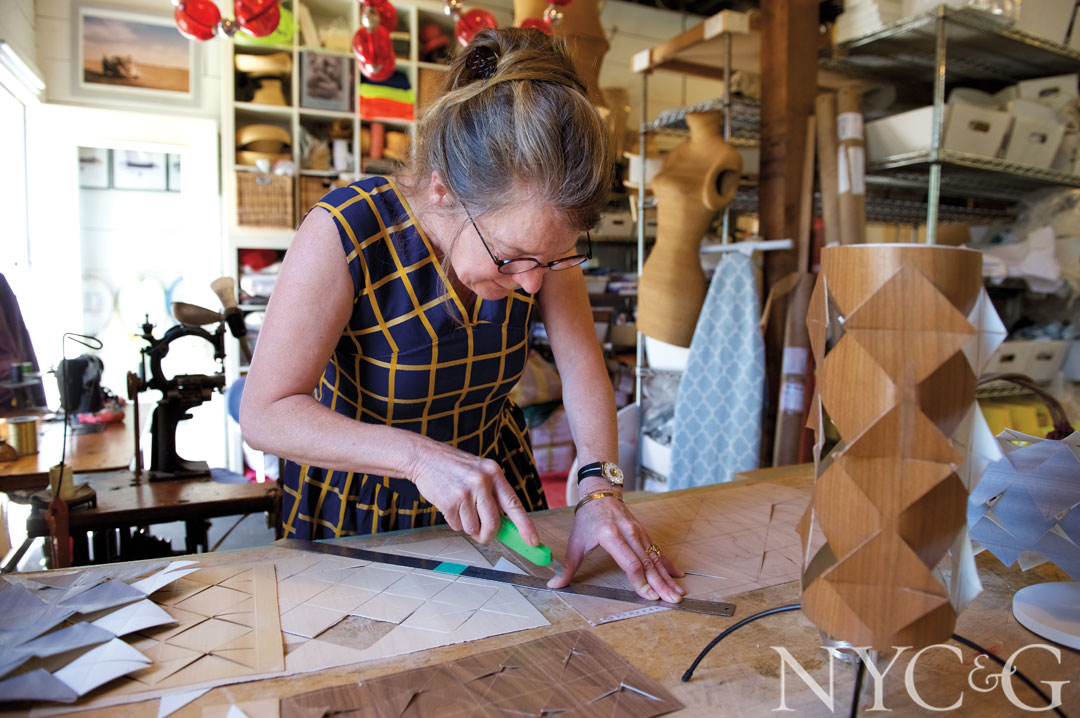 Four years after launching their company, Baumiller and Baldwin moved into a renovated horse barn in Aquebogue, where they have a home studio that contains lighting prototypes from the past 20 years. Their ever-growing line includes amoeba-like pendants, sconces, and chandeliers—most of which are available in a variety of materials such as sustainable wood veneers (including zebrawood, cherry, and bamboo), metal, and linen. 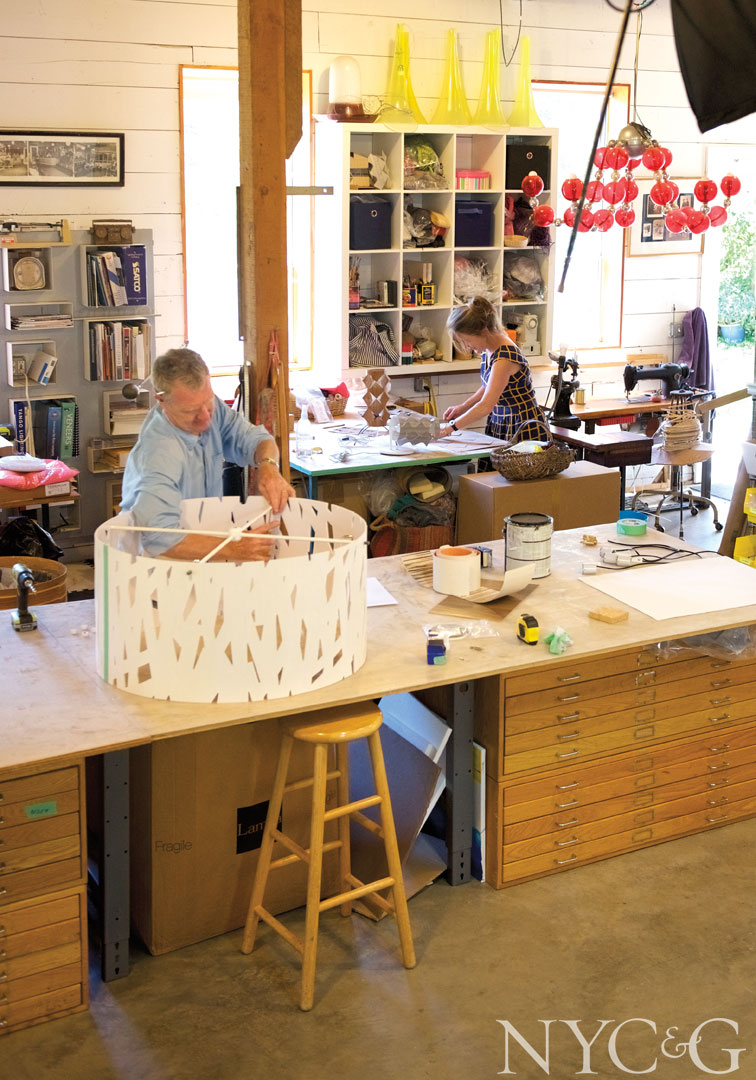 The couple begin each fixture with a series of sketches, which they refine further on a computer before building a prototype. Once Baumiller and Baldwin have finalized the look, they send the digital sketch to a fabricator, who constructs the frame and shade. After the designers receive the component parts, they complete the fixture by cutting shade material to fit and applying it to the frame, then finally adding the wiring. “Each light starts on the East End with just the two of us,” says Baldwin. “So to see them being used throughout the country, in buildings with beautiful architecture, is an immensely rewarding experience.”

A version of this article appeared in the Holiday 2016 issue of NYC&G (New York Cottages & Gardens) with the headline: Organic Chemistry.