Greenwich Historical Society examines the impact of the first Armory Show on the Cos Cob Art Colony. 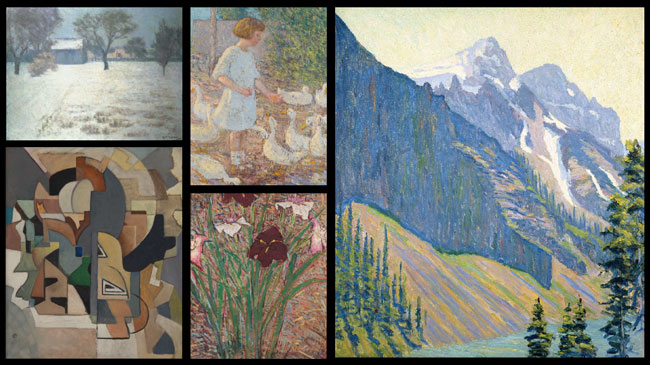 A century ago, the Cos Cob art colony, a group of leading American artists who met in and around Cos Cob from 1890 to 1920, was at the forefront of an art revolution. Artist members Elmer Livingston MacRae and Henry Fitch Taylor were two of the four original masterminds behind New York’s 1913 International Exhibition of Modern Art, otherwise known as The Armory Show. Other Cos Cob artists also exhibited works at the historic event and served on several of the show’s committees.

Accustomed to realistic art, many Americans were shocked by the experimental styles revealed at the first Armory show, where paintings by Pablo Picasso, Paul Cézanne and other rising stars of the European Modernist movement were hung alongside, and in vivid contrast to, traditional American works.

The Greenwich Historical Society’s “The New Spirit and the Cos Cob Art Colony: Before and After the Armory Show ” exhibit will showcase 40 works by 12 Cos Cob artists (D. Putnam Brinley, Childe Hassam, Ernest Lawson, Elmer Livingston MacRae, Caroline C. Mase, Frank Nankivell, Theodore Robinson, Henry Fitch Taylor, Allen Tucker, John H. Twachtman, J. Alden Weir), many of whom were part of the 1913 Armory show. Paintings created before and after the landmark event demonstrate an evolution in style as American artists embraced the Modern movement. Archival materials and ephemera from the GHS, other museums and private collections will also be on display.

“The New Spirit and the Cos Cob Art Colony: Before and After The Armory Show” runs from October 9 to January 12. For times and ticket information, go to greenwichhistory.org.