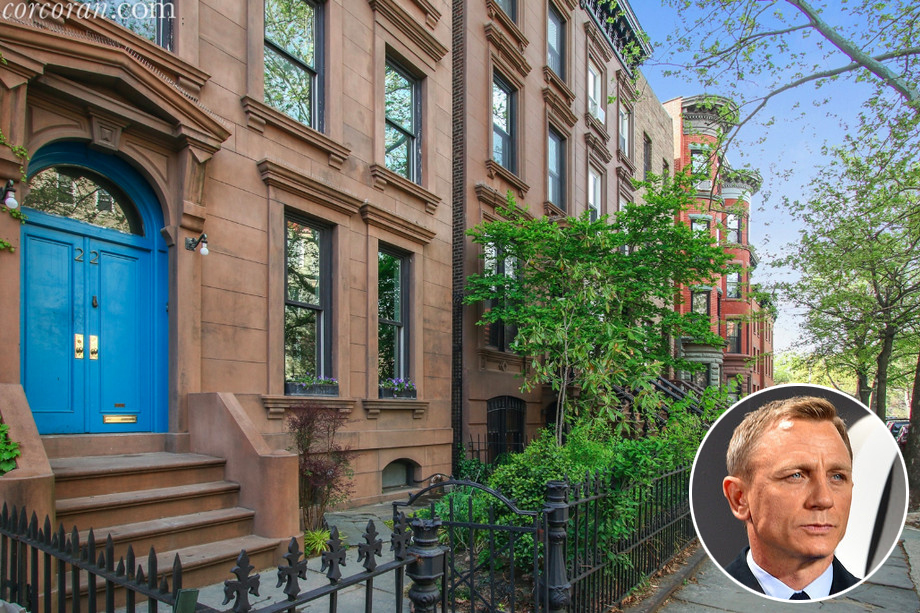 James Bond star Daniel Craig is highly attuned to covert operations, but he wasn’t quite sneaky enough to hide that he might be the mystery buyer of a $6.75 million Cobble Hill brownstone. According to Page Six, the 6,600-square-foot house was purchased quietly last year by an LLC called On the Rows and sources claim that it belongs to the A-lister and his actress wife Rachel Weisz.

Built in 1901, the home is quite resilient—surviving a roof fire at the tail end of 2016. The owners at the time, and the sellers, were literary power couple Martin Amis and Isabel Fonseca, who are both renowned novelists. Renovations gave the charming abode a new roof and fixed any damage caused.

If the pair does own the four-story spread, they join a growing list of stars who call Brooklyn home. Jason Sudeikis and Olivia Wilde, Keri Russell and Matthew Rhys, and Michelle Williams have all settled into the blossoming borough. John Krasinski and Emily Blunt are also residents, although they listed their Park Slope stunner in September 2017.

Craig and Weisz aren’t completely abandoning Manhattan, however, as they also own a SoHo penthouse they purchased in 2012 for $11.5 million.