David Garcelon, Culinary Director at the Waldorf Astoria Tells NYC&G What Led Him to Start a Roof Garden 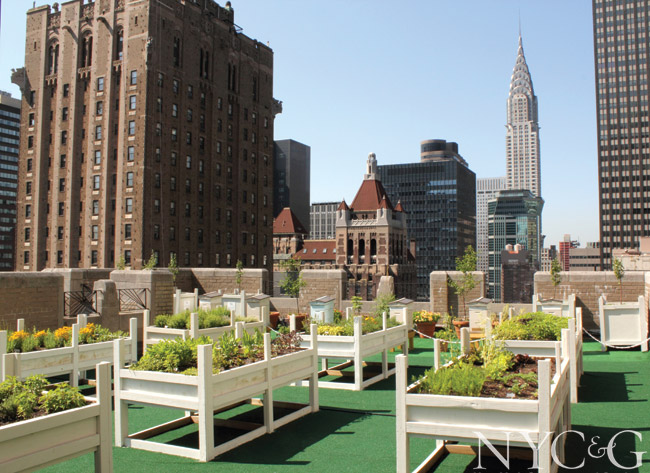 NYC&G: What led you to start a roof garden at the Waldorf Astoria hotel?

David Garcelon, culinary director, the Waldorf Astoria: I previously worked at a hotel in Toronto that had a garden on its roof, and it turned out that the Waldorf’s chief engineer had worked at the same hotel and had already been thinking about starting a kitchen-garden program here. Everything we harvest appears in meals at the restaurant. We have 130 chefs who routinely get their ingredients from the garden.

What do you grow?
We’re young—only two years old—so we base our decisions on what has grown well and what we’ve liked best so far. We have all sorts of herbs, figs, cherry and apple trees, and much more, and plan to expand the garden onto the hotel’s other rooftop terrace soon.

Are you a gardener yourself?
I’ve learned everything I know about gardening right here. We’ve partnered with George Pisegna, the deputy director and chief of horticulture of the Horticultural Society of New York, who gives us planting advice. Anyone can plant herbs, but it’s great to have an expert on hand. It’s like the difference between a cook and a chef! 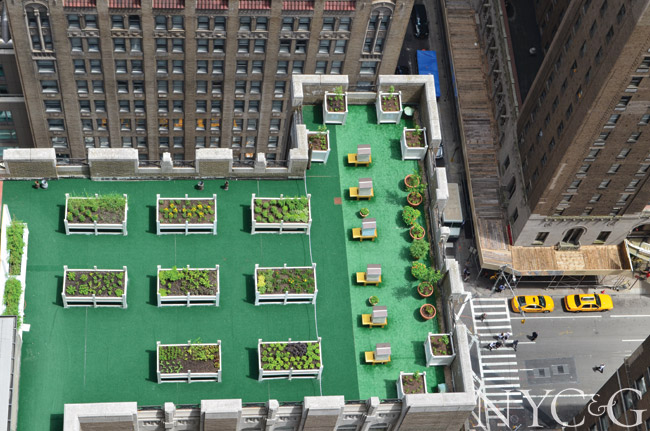 Why is it important to have this garden?
Telling the story. For instance, we want to preserve our cherries in brandy next year. Our bartenders already make the best Manhattan in town, so how much more fun is it to say we grew the cherry garnish for it? And it’s a good message for the community. It’s possible to grow food even in the middle of Manhattan. It’s just not that difficult.

What are your best successes?
Special things we can’t buy, like tiny strawberries that we harvest with their stems on. And our tarragon has a great anise flavor, much better than anything else I’ve tasted.

You even have a row of beehives and make your own honey.
In the rooftop garden of the Toronto hotel I worked at, I noticed there were ladybugs, honeybees, and butterflies. I wondered, How did they know the garden was there? So we decided to get beehives and have done the same thing here, with the hives being overseen by beekeeper Andrew Cote. Honey is incredibly versatile and can be used in all types of food, from macaroons to ice cream to soups. We also jar it and give it as gifts to VIP guests.

I understand you’ve made a honey beer?
Yes, Waldorf Buzz honey beer launched October 8 at the hotel’s Peacock Alley restaurant. We serve it with our own rooftop hops as a garnish.