Decisions Made Easy in this Connecticut Home 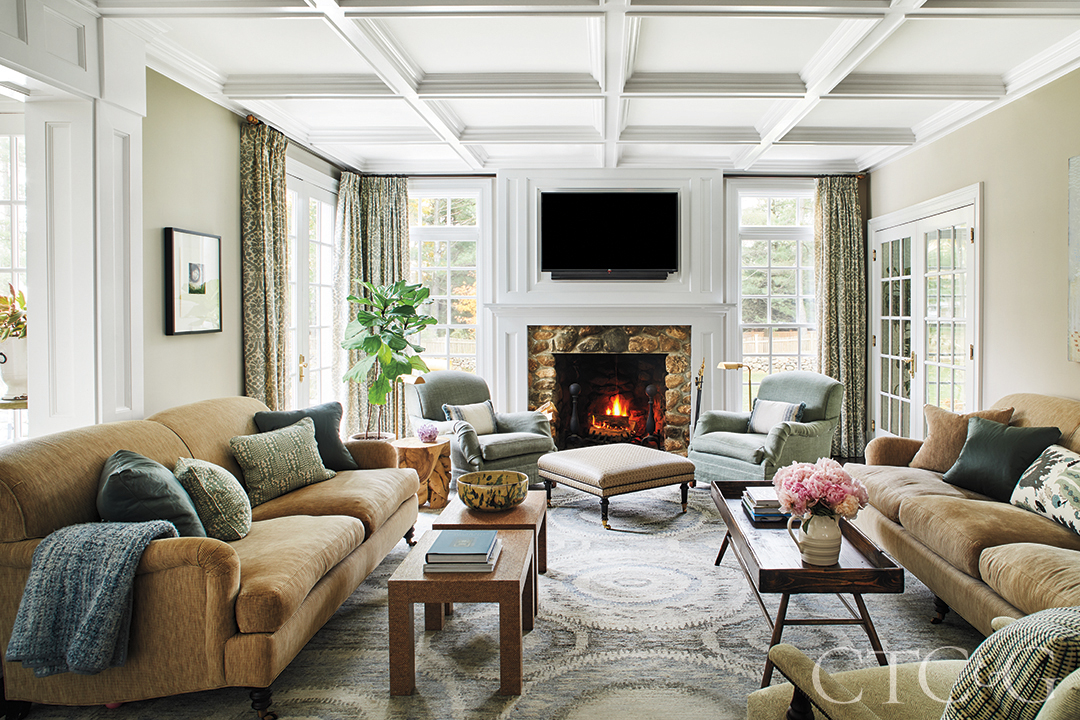 While many couples shop together, it’s not often that one spouse buys a house without the other having seen it. Such was the case, though, with Paul and Maureen Williamson. While he was traveling in Japan on business, she sent him texts and images of a six-bedroom house she liked in New Canaan, Connecticut. From what he could see while pinching the photos to fuller size, he liked the house, too. So, in his temporary absence, he gave her the okay to call the agent and say “yes” to the purchase. “By that point, we’d seen 40 houses all over Westchester and Fairfield County,” says Maureen Williamson, “and because my husband knew he could rely on me to make the right decision, we made it together, then and there, by text, thousands of miles apart from each other.”

Once the house sale was complete and the couple along with their two children had moved in, another husband-wife team, Mara Miller and Jesse Carrier—partners of Carrier and Company Interiors—were commissioned to design the interiors. “We felt immediately comfortable with the project and the client,” recalls Miller. “The only thing that was just a little unnerving was that her husband was off on a business trip. That’s usually a recipe for disaster—when one spouse isn’t there and buying decisions are taking place—but that proved to not be a problem at all.”

It’s common to talk about the “good bones” of a house, and while the anatomy of this 2002 center hall colonial was exquisite, it was the metaphorical skin that proved an even better-selling feature. The Williamsons admired the original decorative trims, wainscoting and coffered ceilings of the house. “There were layers and layers of these trims, and they made the house feel very finished,” she says.

While these decorative details would be enhanced with the right paint colors, one existing feature had to be changed right at the start. For unknown reasons, the previous owners of the house had blocked many windows with dark brown interior shutters. “So the very first task was to brighten up the rooms and remove those,” recalls the client.

She and her husband brought much of the furniture from their former three-bedroom Manhattan apartment, but there wasn’t enough of it to fill the more expansive house. From what existed, Miller and Carrier were immediately aware of their client’s level of taste, particularly her love for Rose Tarlow fabrics and furnishings. “She needed us to come in and really flesh out the rooms,” notes Miller. “Maureen has a terrific eye, and it was easy for us to get a good sense of her taste from what she already owned.” 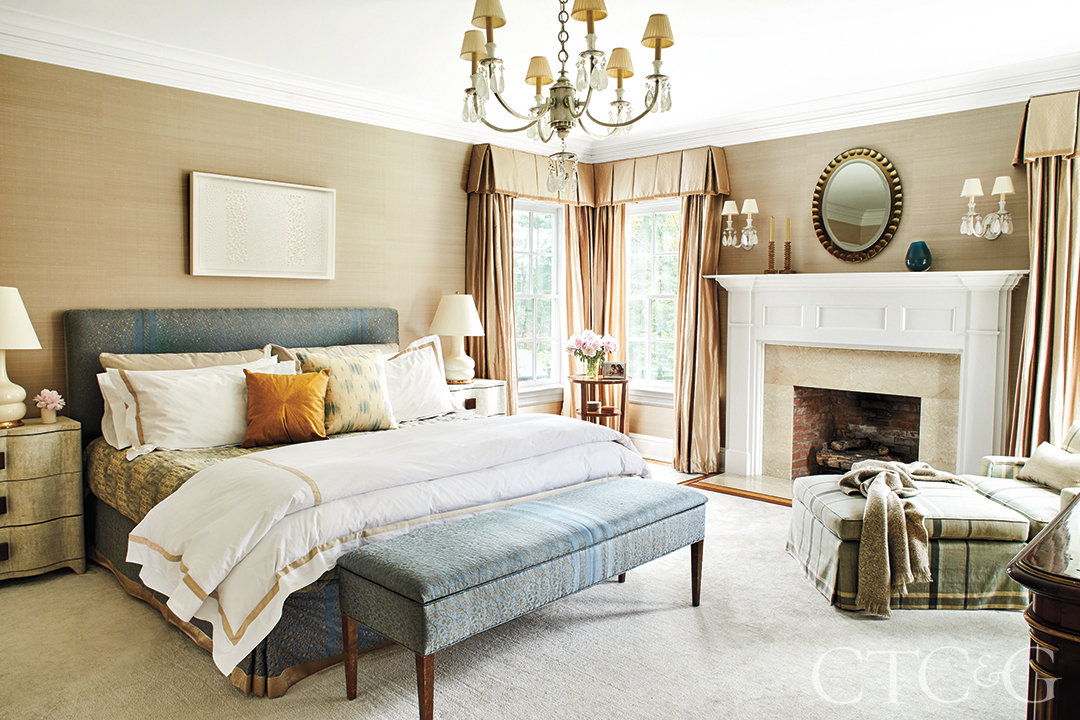 Despite a passion and penchant for design, the client readily admits to the relief she felt during the decorating process. “If I had continued on my own, I would have been trying way too hard to make each room distinctive from another,” she says. “That’s where Mara and Jesse were very helpful. They showed me that all the rooms could be distinctive while also complementing each other. They made these interiors cohesive.” Part of that task involved introducing colors that would echo throughout the house. Blues—the client’s favorite hue—were introduced into many rooms, in varying tones and shades. Mauve and maroon, red and rust, mossy greens and olive greens appear elsewhere in subtle ways.

While the process was decidedly collaborative, the designers were careful to edit selections first before presenting them. “I knew they would only select the best things,” says Williamson, “and they might show me just six options for a piece of furniture or a rug. By narrowing my choices, I felt I could better make a decision.”

In fact, that dynamic is one of Carrier’s signatures. “Maureen was excited to be a part of the decision-making process based on the choices we gave her,” says Miller. “What resulted was a home dressed up for its life in New Canaan, but not too formal.”

The print version of this article appeared with the headline: A Matter of Choice.

This article appears in the October 2020 issue of CTC&G (Connecticut Cottages & Gardens).