In her prewar apartment in Lenox Hill, decorator Christina Murphy integrates contemporary art with a soft, pretty palette for a thoroughly modern appeal 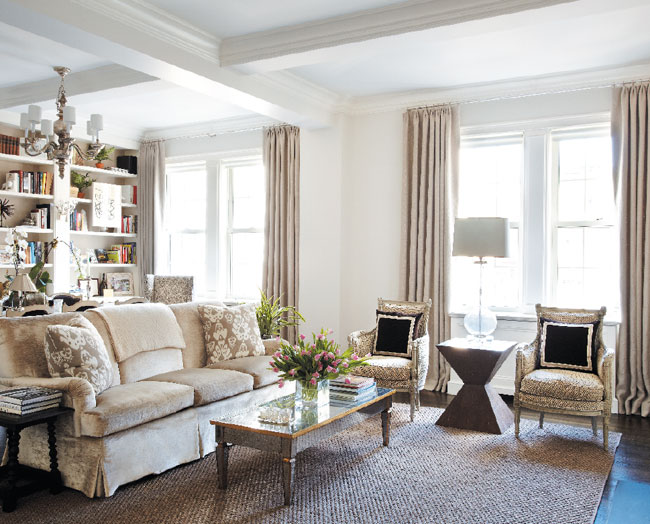 click for an inside look at Christina Murphy's Lenox Hill apartment

When designer Christina Murphy first walked into her two-bedroom co-op in 2010, it resembled a bombed-out foxhole. With good reason: The previous owner had modified the 1,200-square-foot apartment to look like a homeless shelter for a film project. Chiseled plaster revealed raw cinderblock, ceilings were defaced, and parts of the living room and original fireplace were spray-painted black, as if smoke- and fire-damaged. The space couldn’t have been further removed from its tony Lenox Hill location and the landmark building’s ’20s-era architecture, but despite its run-down state, Murphy was drawn in by the ample light. “Even the bathrooms have windows,” says the designer, who launched her eponymous firm in 2006. Not one to sidestep a challenge, she immediately asked the broker, “Where do I sign?”

Not so direct was Murphy’s entree into the world of interior design. After a post-college stint as a Hollywood set dresser in unglamorous locations (“Executing someone else’s ideas,” she says) and “uncreative” posts in the New York advertising world, she decided to pursue a career in interior design when one of her colleagues left advertising to do the same thing. A conversation with her childhood friend Celerie Kemble—both are natives of Palm Beach—evolved into an unexpected opportunity. Kemble, who had been working in New York for her Palm Beach–based mother, decorator Mimi Maddock McMakin, invited Murphy to assist in her design business. “We worked out of Celerie’s West Village walkup, and I took part-time design classes,” says Murphy. “I decided I could intern with a big firm and fold fabric all day, or I could climb Celerie’s stairs, get used to zero AC and an occasional mouse, and really learn. That’s exactly what I did for six years.” 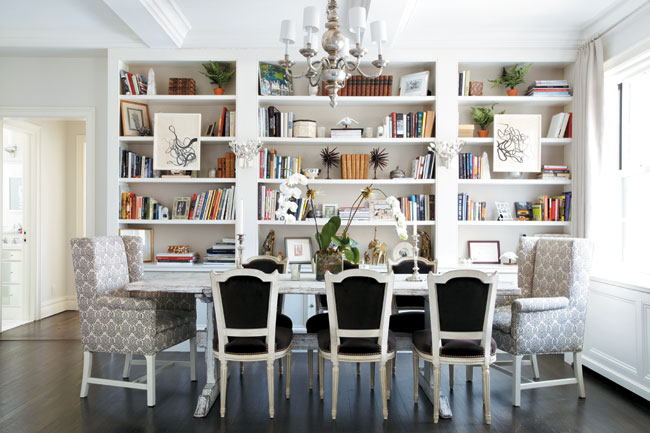 “Sunlight is the ultimate New York City luxury, and I wanted it to play the lead”

In many ways, Murphy brings a Palm Beach aesthetic to her own designs (vibrant colors, well-tailored fabrics, no-fuss luxuriousness) and cites McMakin as one of her big influences. “Mimi  decorated the house I grew up in, and her signature  style is all over Palm Beach,” Murphy says. “I love how casual and relaxed it can be.” So why has this Palm Beach girl gone tonally monochrome in her own abode? “I call it shades of mushroom,” Murphy says with a laugh. “Sunlight is the ultimate New York City luxury, and I wanted it to play the lead. Painting the walls a heavy pigmented color would’ve detracted from that.”

The neutral palette highlights the growing  collection of contemporary art Murphy has been amassing with the help of Blair Voltz Clarke, a Manhattan art adviser who brought in pieces by such artists as Natasha Law and Sarah Genn. “The best thing about art is that it keeps giving,” says Murphy, who made certain that the architecture and furnishings wouldn’t upstage the works. “It’s important to pay homage to an old building’s existing  architecture and disrespectful to gut it and turn it into a modern loft. My goal was to incorporate  tradition, but without looking too fuddy-duddy.” 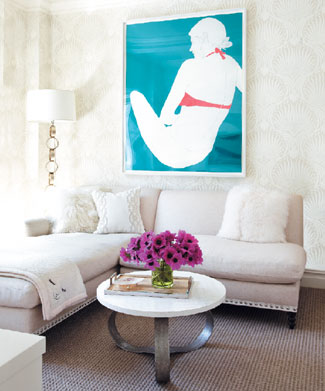 In the living and dining areas, original ceiling beams were a boon, as was the white-oak flooring  throughout. New millwork flows seamlessly with old: To better offset the beams, Murphy thickened the moldings, here and in the rest of the rooms, and designated the widest one as the natural divide between the dining and living spaces;  built-in bookcases make a grand statement along the far wall, showcasing art and mementos. Murphy’s traditionalist leanings are also evident  in her choice of fabrics (linen, velvet), in the  living room’s Absolute Black granite fireplace,  in her marble-topped kitchen counters, and in one bathroom’s intricate arch, studded with glistening two-inch Thassos tiles. “I just thought it would be pretty,” she muses. “Plus, I’m a sucker for anything arched.” Farrow & Ball’s lotus-motif wallpaper—hung upside-down—in the sitting room–cum–guest  bedroom is a playful touch, as is the oversize  nail-head trim on the custom sectional and the headboard in the master bedroom.


“My goal was to incorporate tradition, but without looking fuddy-duddy”

Though the apartment has certainly been  fine-tuned by Murphy’s seasoned curatorial eye,  it’s not at the expense of a handful of quirky,  unexpected pieces. Her perfectly tarnished dining room chandelier was a proud Dixie Highway score, and the lidded camel-bone decanters on her living room mantel were discovered in a Moroccan souk. But when pressed to point out her dearest treasure, Murphy eyes the big Swedish farmhouse table she now uses as a dining table and says, “I love that it  had so many lives before it got to me.”