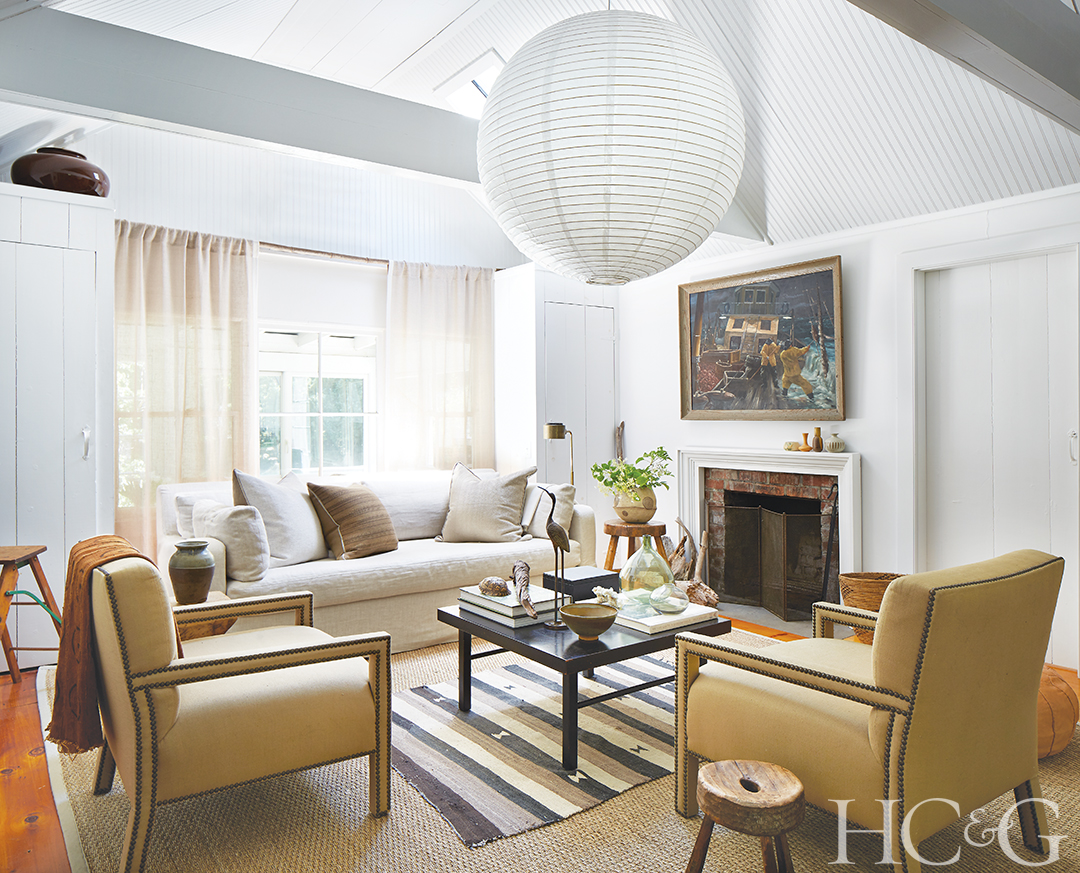 Glenn Ban’s cedar-shingled Sag Harbor cottage is something of a relic, one of a cluster of five circa-1940s summer rentals originally owned by a single family. Except for his, “They’ve all changed over time and morphed into some other thing,” says Ban, a recently minted interior designer who rents the diminutive home as a full-time residence. “It’s the only one that still looks like an old beach cottage.”

That, of course, is the way he likes it. Ban speaks lovingly of the vintage house’s quirks, which are many: Only three of its five rooms are heated. The windows are mismatched, and doors don’t quite close. The walls are a mix of board and batten and beadboard. “It’s quaint,” he says cheerfully. “But a little white paint has made everything work together. And I didn’t do any major construction, aside from just dolling up the exterior a little. When you’re renting, you have to stop yourself from making too many improvements.” 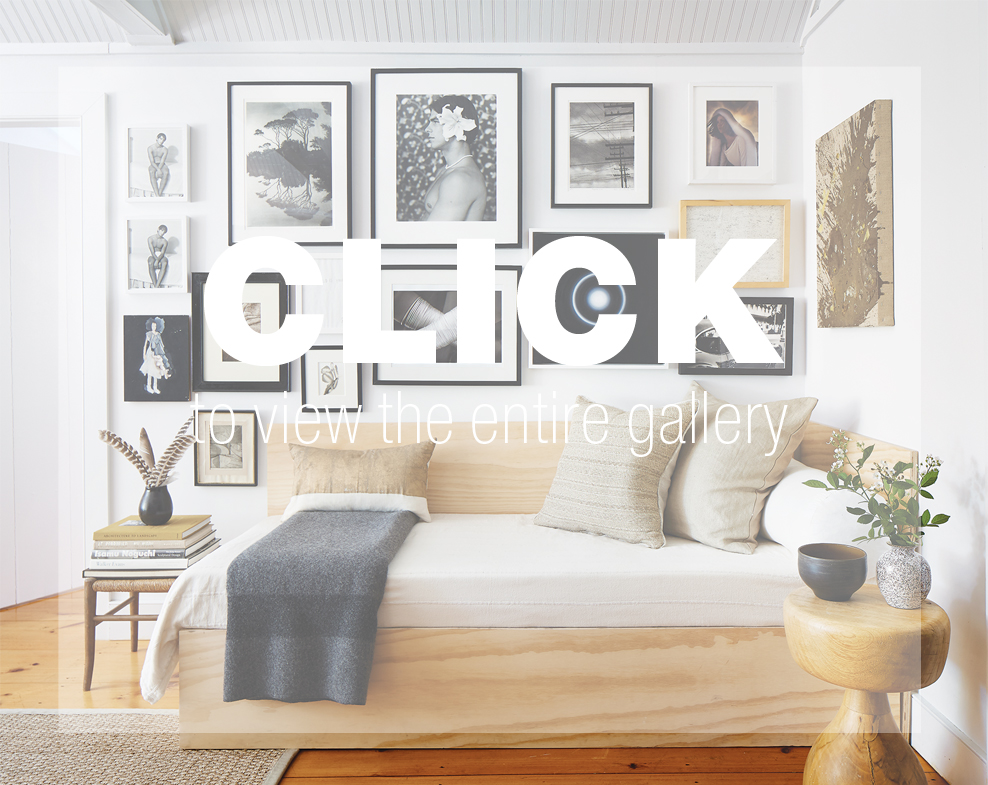 A New Jersey native with a background in photography, Ban lived in Springs for 10 years with a former partner, mostly as a stay-at-home dad. Finding himself single three years ago, he took a look at the rental cottage, “saw its potential,” and set up housekeeping for himself and his son, Charlie, now entering his teens, who spends weeknights with Ban in Sag Harbor and weekends with his other dad.

The house is a study in how to decorate a rental simply and stylishly. Ban has lent a graceful and unpretentious touch to the decor, keeping windows unadorned for maximum light and employing a restrained palette of neutrals, from the aforementioned paint (Benjamin Moore’s Decorator’s White) to seagrass rugs, which line the floors of every room, even the tiny galley kitchen. “The rugs are inexpensive and create a little warmth and texture,” Ban says. “Working with neutrals, you can just layer and layer and layer.”

Adding to the mix, textiles and pottery collections are “scattered throughout the house,” with some framed art casually propped on the floor, partly for lack of wall space but also because, Ban says, “Not everything must be hung.” The house’s skylit central living room, probably the oldest part of the structure, features a cathedral ceiling, which Ban has punctuated with a large Japanese paper globe lantern. Major furnishings include a sand-colored sofa and “cocoa-mustardy” linen armchairs; the built-in plywood daybed was a weekend project for Ban and a visiting friend—inspired, the decorator says, by the work of minimalist sculptor and furniture designer Donald Judd.

The former porch, which lacks the radiant-floor heat of the main living space and two small bedrooms, is furnished with a Moroccan rug and wicker chairs. “In winter, it’s just a pretty room to pass through,” says Ban, whose minuscule kitchen, with no room even for a fridge (it’s in the entry hall), is an ongoing test of his resourcefulness. Lack of storage “forces me to be careful about what I keep in the house.” Accordingly, old and new cookware and dishes are arrayed on wire shelving along a side wall. “I like the warmth of a kitchen that feels collected, and I’m attracted to all sorts of objects from different cultures. It’s probably a good thing that I don’t have a ton of surface space, because I can be a bit of a hoarder.”

You’d never know it from the cottage’s pared-down appeal, which has become a calling card for Ban’s second career, gaining him clients on the Upper East Side, in Chelsea and Fort Greene, and on the East End. “My home is a reflection of my work,” he says of his 1,000-square-foot laboratory. “You find design solutions based on the obstacles you face.”

A version of this article appeared in the July 15 2017 issue of HC&G (Hamptons Cottages & Gardens) with the headline: Tiny Triumph.