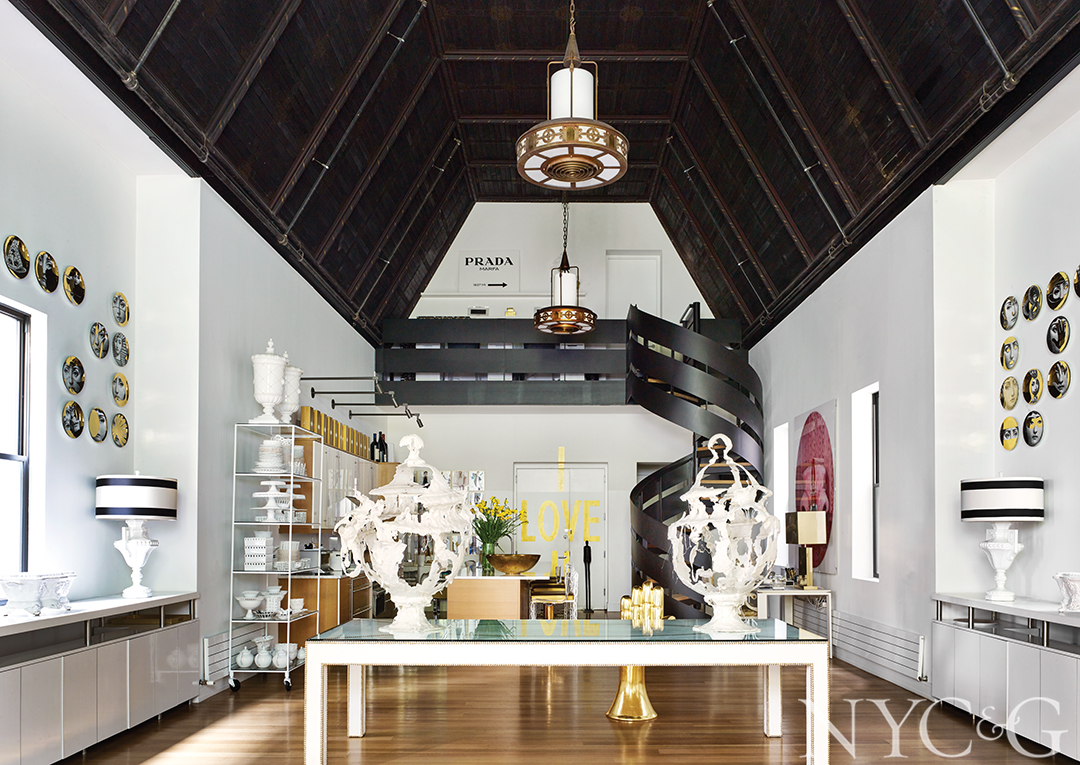 Stuyvesant Park, a charming, tree-shaded oasis in Manhattan’s east teens, is just a stone’s throw from tony Gramercy Park, but a world apart. For starters, neighborhood residents are not required to have a key to gain access to it, so anyone can walk her dog (or even a pig) and take a breather from the city hustle. Spotted recently in the park, the black-and-white leashed pig suggests an earlier era, when this part of town was the bucolic farm of Peter Stuyvesant, the last Dutch director-general of New Netherland (before it became New York). His great-grandson gave the land, which then had uninterrupted views of the East River, to the city for use as a park in 1836.

Looming dramatically on the park’s north side, a redbrick Victorian Gothic building known as Landmark 17 has had former lives as a convent, a Hazelden rehab center, and a Seven Sisters college club and currently comprises several condos. One of these is a massive three-bedroom, three-bath, 4,000-square-foot pied-à-terre belonging to Houstonians Lucinda Loya and her husband, Javier, who owns a commodities brokerage for the oil and gas industry. Its centerpiece: a great hall the size of a basketball court, with a soaring vaulted ceiling featuring original chandeliers and gilt- and black-painted medallions and crests.

Once an Episcopal chapel, the edifice was dubbed Clapton Hall after musician Eric Clapton made a donation to the rehab facility. Loya, whose eponymous interior design firm is based in Houston, was smitten with the clean lines and wide-open feel of the newly renovated and restored space, but was going “coo-coo crazy” trying to figure out what the decor should be. “A designer has a harder time with her own home,” says the decorator, who decided to let the restored ceiling—in all its black and gilt glory—be her guide. 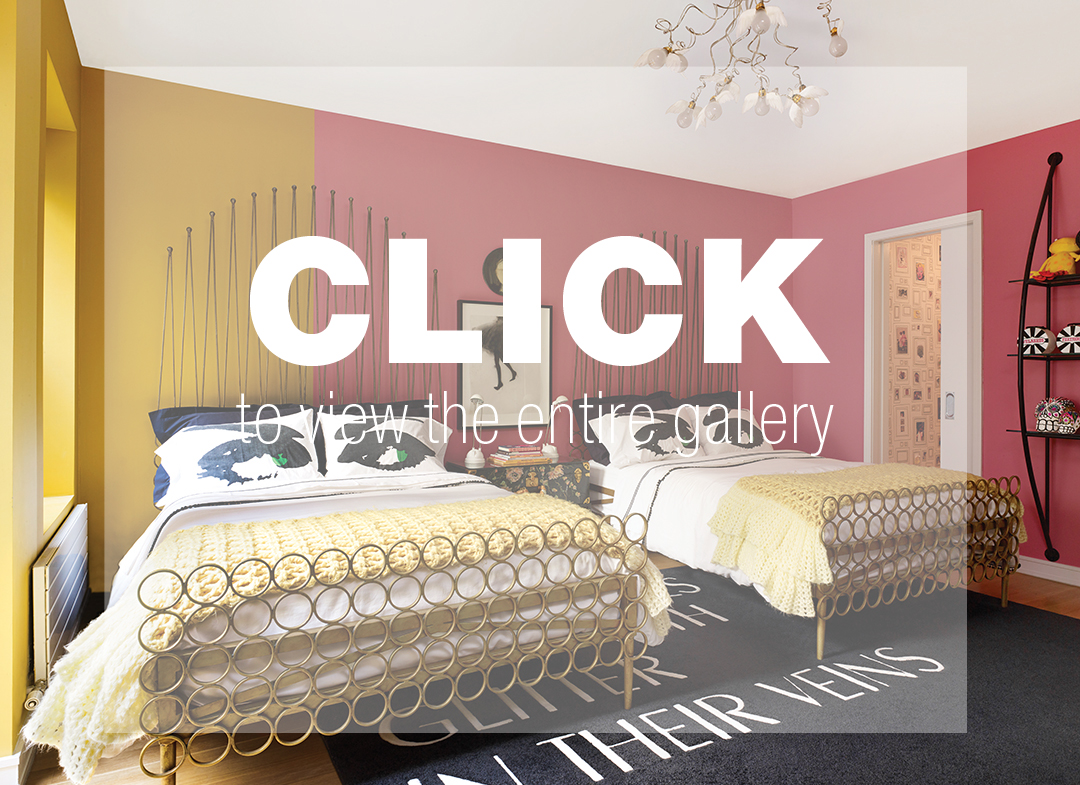 Accordingly, the airy, loft-like living room glitters and gleams. A Marcel Wanders sofa, armchairs, and ottomans in gilt brocade and a pair of dome chairs shine golden yellow, playing off a bullfighter’s traje de luces, or “suit of lights,” which the designer bought from a Spanish matador as a gift for her husband, who is of Mexican-American ancestry and grew up in a Texas border town. “I’ve been creative all my life, in different avenues—designing clothes and jewelry,” says Loya, a native of southern Indiana who first got into decorating as a hobby. Having grown up with modest means, she had a “poor-girl mind-set” and learned how to crunch the numbers as she started helping friends re-do their homes. “I’m kind of a ‘wing it’ girl.”

About 20 years ago, while she and her husband were dating, he bought a new apartment and asked for her help. “I ended up being the designer to all these brokers and traders in the oil and gas industry,” she says, “because all his clients saw his place and then they hired me. And that’s how I got started, although I soon realized that oil and gas bachelors are not interested in cutting costs. I learned that the word ‘budget’ could be a good thing.”

Loya’s own apartment deeply reflects one of her other major passions besides decorating. “I love fashion, and New York City is the fashion capital of the United States,” says Loya, whose family (including daughters Ana Luca, 14, and Elena, 12) lived in the apartment full time for a year while construction was being completed on their new home in Houston. In the master suite, Goyard trunks flank the bed, the platform of which is all Chanel-style quilting, and the rug is a pattern of Gucci-like links. Loya had the dresser in her daughters’ room fabricated from plastic panels that were once part of a window display at a Fendi boutique. The four-story abode’s entire lower level has been converted into the decorator’s beyond-walk-in closet (it’s more like twirl-and-leap-in), and she keeps another closet “just for accessories” upstairs. It’s larger than some New York studio apartments.

Adjacent to the Poggenpohl kitchen, she has hung a stack of Ruben Toledo fashion illustrations, and in her bedroom, a slew of vintage fashion photos are simply nailed to the wall. (“I really didn’t want to look at frames,” she says.) But Loya doesn’t limit her collecting to just fashion: Witness the arrangements of Fornasetti plates on the walls (primarily in black and gold, of course) and the array of apple-themed accessories on the living room cocktail table, presided over by a giant portrait of Andy Warhol and a cascade of golden “teardrops” affixed to the ceiling. Loya says they refer to the sorrows that she thinks must have been felt in this space.

As a finishing touch alongside the Toledo drawings, she commissioned a local artist to paint i love u in gold script on the inside of the apartment’s front door. Even though she travels widely to tend to projects in Texas and farther afield, her heart clearly lies in New York, here in Clapton Hall.

A version of this article appeared in the May/June 2018 issue of NYC&G (New York Cottages & Gardens) with the headline: Stark Contrast.