Decorator Sam Allen Is Given a Designer’s Dream: A Blank Slate and Creative Freedom 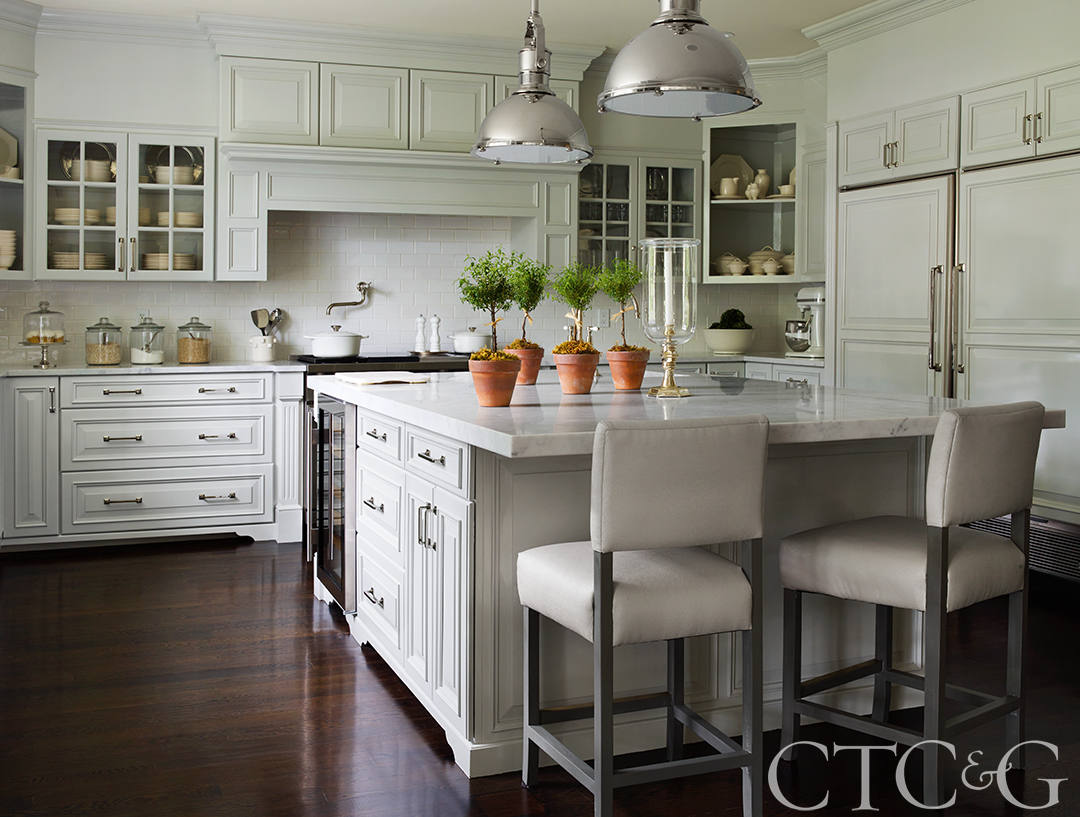 Once they found their new house in Ridgefield, Craig and Erin Dempster devised a family motto. They and their two children continue to recite it. While the saying may not be stitched onto a sampler or chiseled over their front door, the words resonate: “Nothing comes with us.”

“That’s the phrase we adopted from the very start,” says Craig Dempster about the process of moving from their former residence and furnishing their new home. Their stated goal to their decorator, Westport-based Sam Allen, was that everything in it be new. “We brought our clothes and photographs,” Dempster explains, “but nothing else.”

Allen recalls being commissioned to design all the rooms before the couple had officially closed on the house. “They told me they weren’t going to bring a single dish, a single pot, a single piece of furniture, a single towel. That was their idea for building their dream home,” says Allen. “It’s a dream come true for a decorator to work like this. I was salivating.”

So much of any interior design project is about trust. So, when Erin Dempster met Allen at the local gym, she introduced him to her husband. Allen recalls the near-immediate bond they formed: “I gained Craig’s trust after gaining Erin’s. Trust is everything for them. They both got on board for the Sam Allen ride—when you hire Sam Allen, you’re buying an experience!”

That ride was a fast one, as Allen managed to completely furnish the five-bedroom home, redo the kitchen and all seven bathrooms, and buy every towel and drinking glass within six months. “Because I travel 60 percent of the time for my job,” says Dempster, “my goal was to make 20 decisions every time Erin and I met with Sam. We got into a good rhythm. We’d sit in a room and Sam would walk us through his choices.” 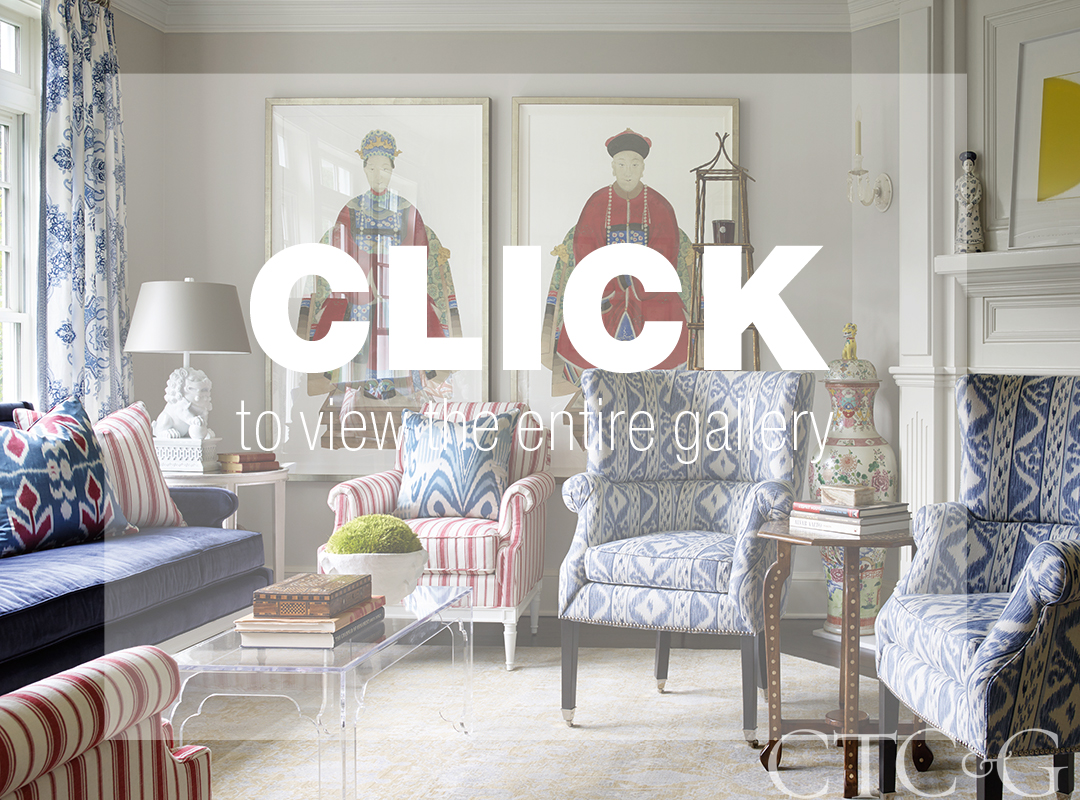 While the process was collaborative, Allen was allowed to fully exercise his creative powers and adhere to his own philosophical directive. “My goal always is to design beautiful rooms for the way people today actually use them,” he says. “The part of decorating I most enjoy is developing the relationship with the clients, learning about them and designing rooms that’ll make them happy. That’s the ultimate fulfillment for me.”

Allen is particularly proud of his work in the kitchen, a room he managed to transform while preserving its original footprint and cabinetry. What was once a dark brown space now glows with a brightness, accomplished using high-gloss white and gray paint, Allen-designed crown moldings and soffits, Carrara-marble countertops and polished-nickel hardware. Just open any drawer or cabinet, and the casserole pots and pewter chargers, glasses and hotel silverware are his choosing.

Unusual for most breakfast areas, especially ones that meld with the kitchen, Allen purposely chose a large table able to seat 10. “It’s an old saying, but it’s true that the kitchen and breakfast room are the heart of the home,” says Allen. Recognizing that the children often host sleepovers for friends, Allen provided the family with lots of seating.

Meanwhile, the formal dining room, used for more special occasions, was designed to have a visual impact every day. “I wanted to create something dramatic, that was both feminine and romantic, a room that hints at old Hollywood glamour,” says Allen. He accomplished this by using a platinum/metallic wallcovering, a vintage French crystal chandelier, and curtain panels trimmed with pearl beading.

The biggest issue of trust, however, occurred in the living room, defined by a distinctive Asian motif. When Allen first showed the couple his ideas for a room furnished with Chinese Foo dogs, looming images of Chinese royalty and other Asian items, the husband needed convincing. “I kept bringing in more and more Asian-influenced pieces, but discreetly,” says Allen. “When the room came together, the husband said, ‘Wow, this totally works for me.’”

Allen and his clients have bonded so well that he has dinner with the family weekly. “Sam has become part of the family,” says Dempster. “Already, I can’t wait to do our next project with him.”

A version of this article appeared in the January 2018 issue of CTC&G (Connecticut Cottages & Gardens) with the headline: In Sam We Trust.