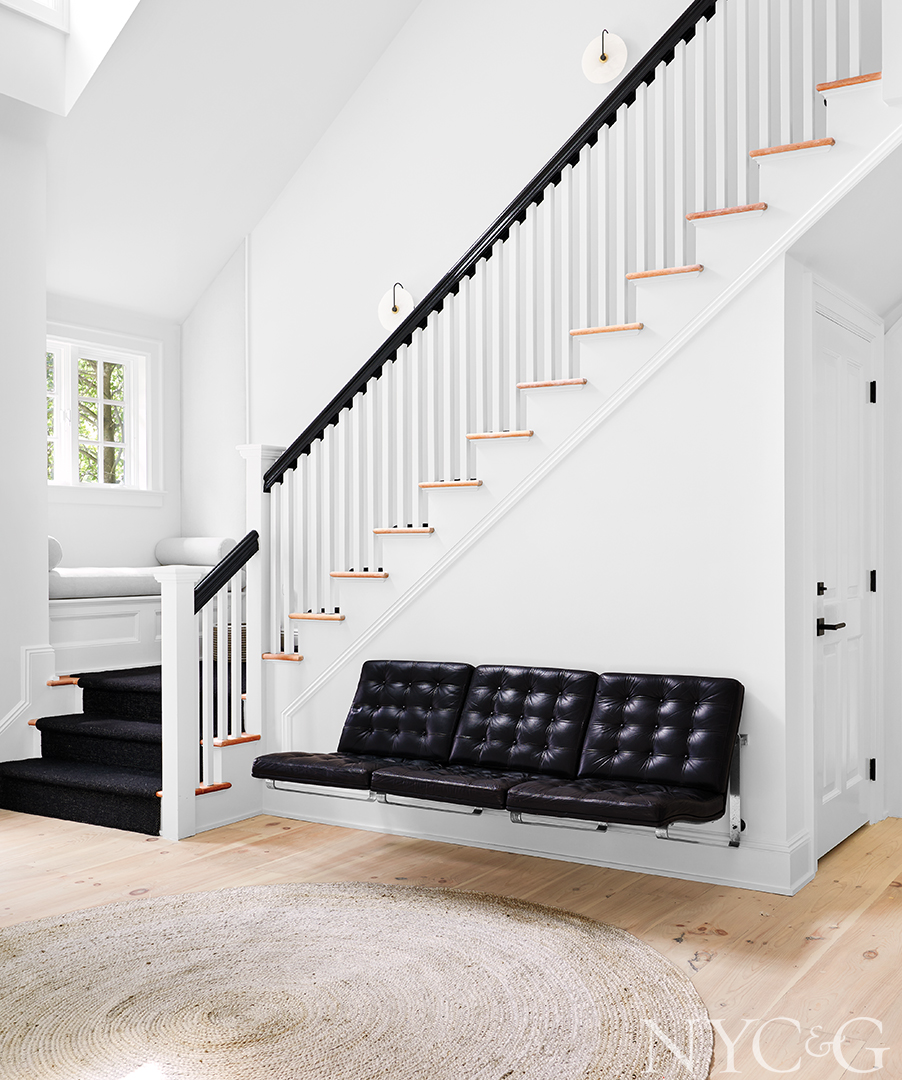 When Timothy Godbold signed on to decorate Matt and Lindsay Grant’s newly purchased Bridgehampton residence, the directive was simple: Make it look like a new beach house, instead of the circa-1999 suburban spec that it started out as. The New York–based couple, who have three young children, had rented in East Hampton for three summers before deciding to purchase a weekend getaway of their own. They settled on a 6,500-square-foot seven-bedroom spread with “big, beautiful trees framing a backyard that’s perfect for playing games with our kids,” Lindsay Grant says. “The house itself is roomy enough to host friends and family on weekends and holidays, yet cozy enough for the five of us to be there just by ourselves without feeling like we don’t fully use it.”

But even though the layout and flow worked from the get-go, the details needed a stint in finishing school. Cue Australian-born, Hamptons-based decorator Timothy Godbold. After working in fashion at Ralph Lauren in both London and New York, he relocated to the Hamptons in 2012 and gained experience at the home-decor shop Monc XIII in Sag Harbor for three years before launching his own firm. “It was an easy transition for me,” Godbold recounts. “As a fashion designer, you can’t repeat yourself. I approach interiors the same way, as though each project is a different collection.” That’s not to say he doesn’t have a signature look: “I tend to treat Hamptons houses as I would a California bungalow. I gravitate toward clean, modern, masculine, and livable rooms, which is why I also have such a great love of Swedish design.” (Godbold travels often to Sweden and likes to source furnishings from the country.)

The decorator’s pared-down approach appealed to his clients, who “wanted something peaceful, comfortable, and not too overdone,” Grant says. “Choosing Tim was a no-brainer. We’re a casual family, and we just needed a place to put up our feet and be together.” 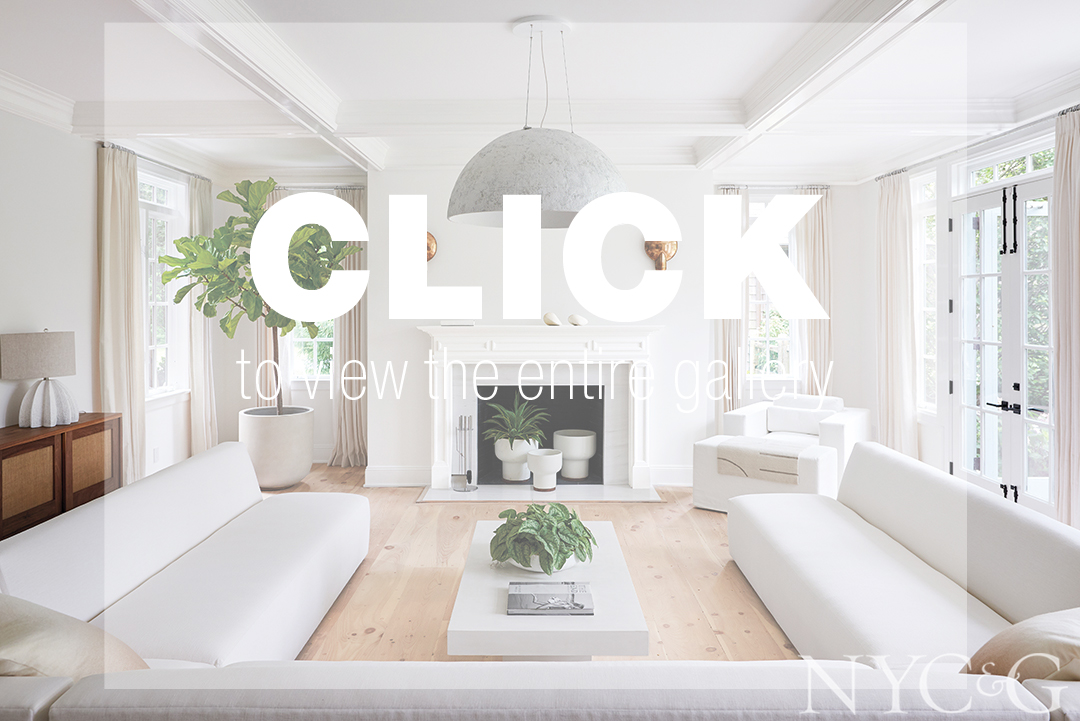 Godbold visualized a neutral scheme with natural woods, stone, tile, metal, and lots of black and white—from a moody library with black walls and shearling-covered armchairs to a mod all-white living room. “Coming from a classic background at Ralph Lauren, I don’t like anything that’s too trendy,” he says. “Color can become dated quickly, but black and white always looks timeless.” Grant, who had initially tried to convince Godbold to experiment with other hues, came to understand his vision in the end. “I grew up in a mostly beige house and thought it was so boring,” she recalls, “but now I find a minimalist look to be really serene.”

Aside from the pristine palette—or, as Godbold jokes, “the lack thereof”—creating spaces conducive to casual entertaining took priority. Grant especially loves the family room “because it has an informal vibe that’s great for having fun and socializing,” she says. “And while I don’t know if Tim is thrilled that we installed a foosball table next to the bar, we do use it constantly!” The equally streamlined living room (Godbold says he was “channeling 1980s Calvin Klein”) and sitting area in the kitchen provide additional spots for relaxing. “We built rooms around the house’s fireplaces with the intention of hanging out there all winter and playing board games together,” says Grant. Simple, kid-friendly, easy living is what it’s all about, adds Godbold. “This is a place the family can continue to grow into, add to, and make more personal over time.”

A version of this article appeared in the November 2018 issue of NYC&G (New York Cottages & Gardens) with the headline: Basic Instincts.

This article appears in the November 2018 issue of NYC&G (New York Cottages & Gardens).