Get the inside scoop on East End real estate. 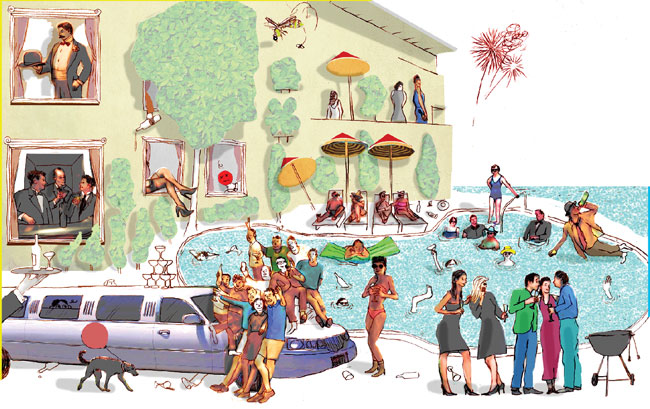 There is a certain look in a real estate agent’s eye on the Friday before Memorial Day, the Fourth of July weekend, and the last two weeks before Labor Day. It is abject terror. Detailed demands for rentals include everything from tennis courts to Viking stoves (even if they’re used only for reheating Nick & Toni’s leftovers). Some properties are delivered in pristine condition, while others have been stripped of lawn furniture, blinds, and even cookware. And just because the heated gunite pool, central air conditioning, and Sub-Zero all come with the deal, that doesn’t mean any of them are in working condition. Not to mention legions of wide-screen TVs with remotes that baffle leaders of industry. You have to look under the hood, as they say. That includes the hood of the BBQ, as one horrified renter (who later turned vegetarian) discovered, when she lifted it to find last season’s roast, still on the grill.

PARTY PEOPLE
What good is your six-figure rental if you can’t show it off to 100 of your closest friends? New York City and Hamptons club promoters found the perfect party residence with nine bedrooms and a basement that could fit four more double beds. Their dj complained that by staying at the house, not only did he have to spin all night at the club, he’d have to spin until dawn at his own crash pad. 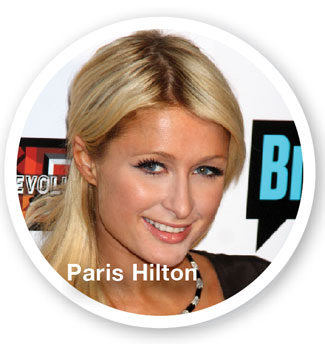 A $500,000 Bridgehampton oceanfront rental turned into a nightly bacchanalian bachelor pad with guests cavorting nude and performing sex acts. Not to mention scantily clad women dancing on platforms and twirling flaming torches. The private-equity party boy actually had the nerve to try to rent the property again the following year. He has now been banished to St. Barth for his X-rated extravaganzas.

And what about drinking and partying when your $550,000 summer renter is only 19 years old? The Russian heiress and underage “it” girl Anna Anisimova reportedly turned the swanky Denise Rich estate into the best boozy dress-up party ever.

Speaking of underage drinking: One Hamptons home became a post-prom party mansion where 72 high schoolers ponied up $350 each for the $25,000 weekend rental. It wasn’t even a secret. Parents saw a copy of the lease, and the Catholic school principal threatened any student who went to the party, citing extravagance and waste. Um, and last time we checked, underage drinking was also against the law?

A quiet Sag Harbor street has become more like a Vegas drive-in, given the amount of weddings taking place at a residential rental. The private home was even reportedly listed on Vacation Rental By Owner as a special-event short-term rental. Neighbors complained, and the village responded that any event of 75 or more people requires a permit, which isn’t issued for private for-profit occasions. One Russian billionaire tried to avoid noise complaints by inviting the neighbors to a lavish bash at his $860,000 Ox Pasture rental. Hopefully, the well-heeled husbands among them arrived sans wives, as all unaccompanied men were assigned models to escort them around the event. The private fireworks probably gave the party away, not to mention that the pool boy had to drain the pool due to guests jumping in with Champagne bottles in hand.

FAMOUS HOSTS AND GHOSTS
Sometimes the allure of “George Washington slept here” will increase the price of a Hamptons rental, but these days, it’s more like Paris Hilton. Getting to sleep in her bed was part of the price paid to rent the Hilton compound for $375,000. Fashion agent and producer Bryan Bantry’s Goose Creek Estate in Wainscott has fetched up to $500,000 with its celeb guestbook registry. If it’s good enough for Madonna’s 40th-birthday bash, Geena Davis’s wedding, and movies in the private screening room for Ben Affleck, Cindy Crawford, and J.Lo, it’s good enough for you. At least someone has to pay for the privilege, as opposed to the  creepy stalkers who break in to live at P. Diddy’s.

One rental literally caused nightmares, or the sound of things going boom in the night. The agent had to knock $100,000 off the rental price when the previous summer’s renter spread the word that the house was haunted by the former owner, who had been found dead in the swimming pool. The new owner finally hired a psychic to “remove” the ghost.

THE CALL OF NATURE
While being in nature is supposed to be the appeal of the East End, there is such a thing as too much nature. A dentist who paid $90,000 for a summer rental in Water Mill found the home uninhabitable and dangerous to his family and baby due to an infestation of hornets. When he complained to the homeowner, he was told that his security deposit would be docked as a nuisance fee for all the calls. The dentist subsequently sued the owners for
$1 million in damages.

Another man called up to complain about his rental because the birds were waking his wife at five o’clock in the morning. When the agent asked what he was supposed to do, the husband said, “Exterminate them.”

Watch out for the attack of the lap dog. While your homeowner’s insurance covers dog bites, what happens when it’s your renter’s dog that bites someone? One lady who lunches accused a summertime host in a Sagaponack rental of sitting and drinking wine while watching his dogs attack her, although he claimed he jumped up immediately to help her and that she received only scratches.

Of course the most dangerous animal in the Hamptons is the cougar. Self-made millionairess Cheryl Mercuris rented the famous mega-mansion Sandcastle with bowling alley and disco for two weeks for $500,000, looking to find true love. Apparently it didn’t work, as she returned to rent Sandcastle again for a whole month the following year. Given how long it takes to find an eligible man in the Hamptons, she might as well just go ahead and buy the place.

BEWARE OF FAKES
Who knew about one Butter Lane rental’s cleaning crew? A tenant filed a police report with the claim that his Rolex, left on a nightstand, was replaced with a fake, and accused that day’s cleaning crew of making the swap. Wouldn’t it have been easier just to steal the watch?

Signing a lease may mean signing your arrest warrant. Hamptons summer rentals have shown up as evidence in many a court case, from murder to misuse of an expense account. This includes a woman accused of hiring a hit man to kill her husband and then using the insurance money for plastic surgery, and a well-known not-for-profit doyenne who claimed part of her summer retreat as a business expense.

Faking it is also a favorite Hamptons parlor game. Consider Guy de Chimay, who falsely claimed to be a member of the Belgian royal family, using money from his reported multi-million-dollar Ponzi scheme for his Hamptons rental, or the New York City councilman who allegedly didn’t have any money to pay his taxes, despite shelling out $150,000 for a summer seaside escape. 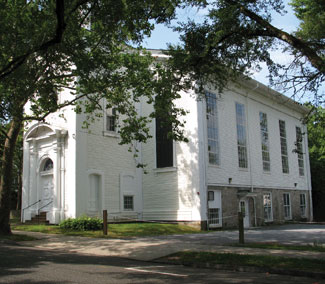 GO GREEN, BUT KEEP IT PRETTY, PLEASE
Some say that necessity is the mother of invention, but really it’s the LIPA bill. Inspired by the first energy crisis in 1978, William Cohen had a vision to build a residence into a berm to make it more efficient in terms of heating and cooling. Just a block from the beach, this unusual Amagansett house in the dunes has a tunnel leading through the planted berm, with metal blinds to cool it and a venting system to circulate air. The front belies the fact that the back of the residence opens into a whitewashed Mediterranean-style beach house. Bonita DeWolf, vice president of Corcoran Group, has the listing of the five-bedroom, three-and-a-half-bathroom home for $2,650,000.

“This house was green before the term was even invented,” says DeWolf. “Now this sort of modern is very new again. It’s also unusual to have such a large outdoor deck and entertaining area here in the dunes, plus such a big in-ground swimming pool.” She sees the appeal for buyers who want to be close to the ocean but can’t afford pricier equivalents in East Hampton, Southampton, Bridgehampton, or Sagaponack. “It’s a real community here, with repeat renters and long-term owners,” she notes.

While Cohen’s entry berm may not have caught on as an architectural element, the energy efficiency of the design certainly has. Frank Dalene, president of Telemark Inc., started his building business during the oil embargo and has been at the forefront of green and sustainable building technologies. He founded the Hamptons Green Alliance, one of the first green trade and educational entities in the country, and coined the term “systems integrated home.”

“Building green doesn’t make sense if it doesn’t make financial sense,” says Dalene. It’s important to note that even though high initial building costs are associated with being green, substantial energy cost savings are coming down the road. But why does going green have to be so hard on the eyes? “Solar panels are ugly,” he admits. “The future will be all about exterior siding with photovoltaics.”

To Dalene’s point, the appearance of solar panels really can be their downfall. In Sag Harbor Village’s historic district, the Architectural Review Board has strict guidelines to preserve historic structures, and the use of solar panels that can be seen from the street is prohibited. Homeowners must even apply for a “certificate of appropriateness” to change the paint color of their trim.

In a landmark case, Elizabeth Dow, who bought the Sag Harbor United Methodist Church on Madison Street to house her textile and wall-covering design firm, has received approval to install photovoltaic shingles on the roof. GreenLogic Energy, a founding member of the Hamptons Green Alliance, will be installing the shingles, which look like regular asphalt ones. While more aesthetically pleasing, they are generally more expensive and less efficient than traditional solar panels. This will reportedly be the first use of the Dow Powerhouse solar shingles (no relation) in New York.

ARB chairman Cee Scott Brown says, “I think it’s important for buildings to be more energy efficient,” and the new photovoltaic shingles might be a way for those looking to employ solar power to get around federal guidelines that constrict the ARB from approving traditional panels.

What’s next on the Hamptons horizon? VAWTs, says Dalene. “Look for Vertical Axis Wind Turbines for residential homes on the East End.”