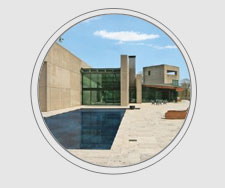 This lovely classic Georgian Colonial on Golden Pond Lane in Fairfield is located on 4.44 acres in the Greenfield Hill section of town. The 6,600-square-foot home was recently renovated (just two years ago) and now features fabulous entertaining spaces plus great indoor/outdoor flow. And while there’s not an actual pond located on the property, it does have a beautiful Gunite pool, along with expansive terraces that overlook the manicured lawns and gardens. The home has five bedrooms, five bathrooms (plus two half bathrooms), sophisticated interiors with vaulted ceilings, skylights and fireplaces. The house is listed for $3,250,000 with Susan Albright of the Riverside Realty Group. (917) 371-7149.

While culling through the month’s most compelling listings, we were struck by their lovely interior décor. Every single one of them looked as if it had been primped, propped and prepped for a photo shoot. Beyond merely staged—which can result in the most neutral kind of beauty—the rooms in these homes boasted both fine furnishings and real character. And then we discovered why: Each of these properties belongs to a style and design professional, including an architect, a couple of designers and a Realtor specializing in the restoration of high-end homes. So as winter delivered its last chilly blasts (we trust), we traipsed through one fabulous home after another, enjoying ourselves in the great indoors. We hope you will too. 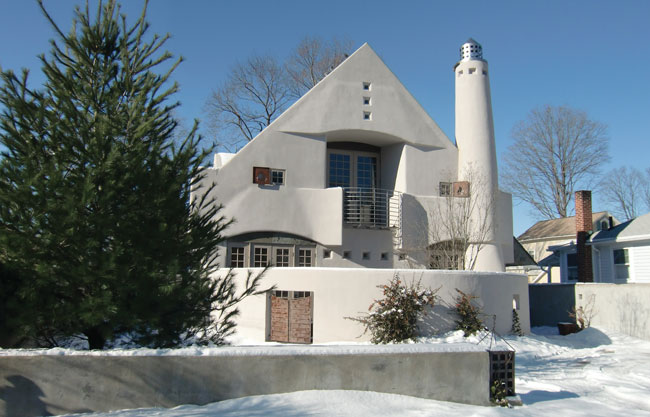 Roger Bartels’ Home
$1,999,000
Rowayton
“I love this house,” says Roger Bartels of Bartels-Pagliaro Architects, about the Rowayton home he built for himself in 2006. “It’s quiet, it’s solid, it’s private and it’s filled with light…I just wish we could take it with us.” Although the architect’s inspiration was a 19th-century English cottage, his more obvious influence is the Desert Southwest. The 2,600-square-foot dwelling (which was featured in “Off the Grid” in CTC&G, May 2008) is constructed of stucco with a slate roof and features vaulted ceilings and artisan-made fixtures and finishes. And it is decidedly “not a slick, finished mansion,” Bartels adds. The home’s centerpiece is a great room—with a dramatic hearth and beamed ceilings—framed on one side by the translucent enclosure for the staircase (an extra-cool feature here is the matching steel-and-Plexiglas hatch that can be lowered to close off the second floor, fostering both privacy and energy efficiency). Another nice surprise: a den that’s housed in what Bartels calls the “clock tower.” Capping the soaring, circular ceiling of the space are the outlines of a clock, studded with marbles to mark the minutes. The room also features a firescreen for the fireplace and a pocket door, both designed by the architect. The home offers three bedrooms and three bathrooms, plus lots of windowed doorways that open onto a lovely terrace with a two-person pool/spa. Elaine Falkenberg of William Raveis Exceptional Properties in Rowayton has the listing. (917) 941-5362.

Nor Tor
$14,750,000
Greenwich
Listing broker Robin Kencel of Greenwich Fine Properties has the Midas touch when it comes to restoring houses. Over the years, she has purchased architecturally significant homes, lived in them during the restoration process and then sold them, moving on to her next project/residence. When Kencel bought Nor Tor, hers was just the third family to reside in the circa-1929 manor, built for British millionaire Leonard Martin and his wife and 10 children. Said to be the patent-holder of the double-decker bus (there are some detractors to this story, but it’s so good, we’re leaving it in), Martin made some $20 million back in his day and Nor Tor was built with the finest materials and craftsmanship money could buy. Designated as a landmark by the Greenwich Historical Society, it is lauded as one of the “finest examples of Tudor Revival style,” with its distinctive half-timber and granite façade, slate roofs, eight gables, and casement windows featuring leaded transoms. Kencel commissioned architect Ira Grandberg and Ellsworth Ford Associates to collaborate on the restoration of the now 19-room estate. She also hired Dan Sherman to design the exteriors, which feature gorgeous terraces for outdoor entertaining, including a stone fireplace and summer kitchen, equipped with Lynx grill and Viking refrigerator. Where a pony pasture once lay, there’s a pretty Shoreline pool set in a walled garden. Sherman also designed the landscape across the nearly 3.5-acre property. In all, the home offers five bedrooms and seven bathrooms, with an additional two bedrooms in the renovated carriage house, which also has a new kitchen, a living room and two bathrooms. Kencel can be reached at (203) 661-9200. 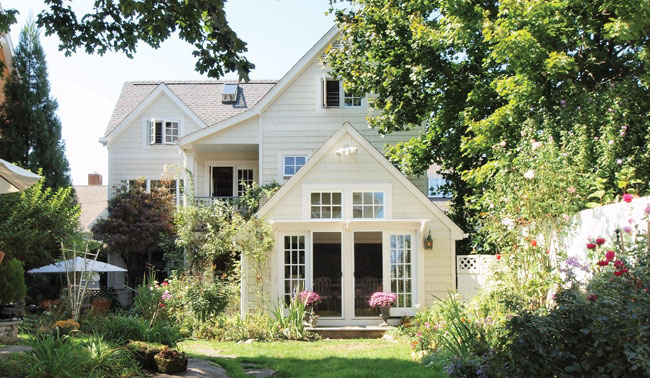 Coastal Cottage
$2,295,000
Rowayton
We first saw this lovely Bell Island property a few years ago when interior designer Marisa Bistany was putting the finishing touches on her circa-1930 cottage. An article ran in CTC&G in June 2007 with the headline “Rescue at Sea,” detailing Bistany’s first encounter with the neglected house. “Who would ever buy that place?” she asked. But affordable homes in this posh waterfront Rowayton neighborhood were practically unheard-of, so the designer and her then fiancé bought the fixer-upper in 2005, and spent two years renovating it. Today, the dwelling retains its breezy beach-bungalow charm but also features a gracious, open-flow feel, from pretty downstairs rooms to the now-elegant master bedroom with a spa-like bath. The 2,741-square-foot home offers four bedrooms and three bathrooms (plus one half bath) on the .13-acre lot. Lucy Oldrin of Halstead Property has the listing. (203) 656-6529. 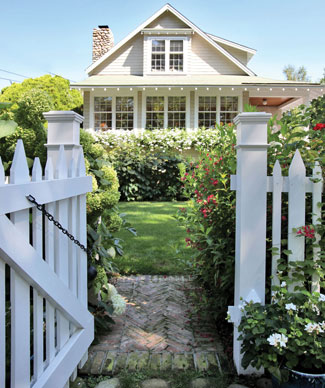 Compo Beach Bungalow
$1,980,000
Westport
Here’s the home of designers of a different stripe altogether: The sellers of this circa-1960 beach bungalow own a company that makes gorgeous men’s shoes in Italy. A few years ago, we featured another house they bought, renovated and sold in Ridgefield and were wowed by the extensive gardens they created for the place. This Westport home features the same wow factor: abundant, flowering gardens filling the space between the house and the charming white picket fence, as well as the pretty garden “room” in back with a custom-made river-rock fountain. Inside, the 2,056-square-foot, three-bedroom home is being sold with all the furnishings, art and antiques in place, collected during the owners’ travels. It’s listed with Audrey Demetres of the Riverside Realty Group in Westport. (203) 644-2476.