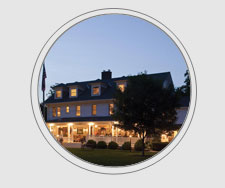 A fixture in Salisbury for two centuries, the White Hart Inn abruptly closed its doors last November and was put on the market for $5 million. For the past dozen years, the historic inn was run by New York City-based financier Scott Bok, who recently invested in an expensive renovation led by designer Matthew Patrick Smyth, also of Manhattan. The 26 guest rooms were gutted and rebuilt into 15 luxurious suites and guest rooms that feature marble baths, high-end furnishings and flat-screen TVs. The $5 million price tag also includes a newly redone restaurant and taproom with outdoor seating. Pat Best of Best & Cavallaro Real Estate in Salisbury has the listing. (860) 309-0591.

ho says January is a dull month for real estate? The answer to that question—everyone, especially those people trying to sell homes—is why we’re on our third installment of the annual Deeds & Don’ts Awards, in which we wrap up the real estate year that was. Or wasn’t, in the case of 2010. It wasn’t as bad as 2009, but it also wasn’t, by a long shot, the bounce-back year the market needed. If the recession has taught us anything, it’s that we like our economic downturns the same as we “like” our winters: inevitable, but keep them short, please, and let them conclude with a season of balmy, relentlessly sunny weather.

Are brighter days ahead for Connecticut real estate? It would be a buzzkill to kick off our annual awards column on a gloomy note, so we’ll say yes, definitely. Now, the envelopes, please….

The best news here is not the sale price—heavily discounted from the original ask of $125 million in 2008—but the fact that it is finally off the market. Dear reader, we admit to tiring of 23,000-square-foot Dunnellen Hall, owned by the late Leona Helmsley and listed for 829 days. Still, the magnitude of this manse is impressive: 40 acres, 28 rooms, two swimming pools and a 70-foot-long marble reflecting pool with a three-tiered fountain. A couple of runners up: Tommy Hilfiger purchased a nearby Greenwich estate for $31,375,000 and Mel Gibson sold his Old Mill Farm for around $24 million, also in Greenwich.

More Deeds awards for Greenwich: The priciest listing on the market looks to be Point of View, a gorgeous waterfront antique sited in posh Field Point Park. Built in 1903, the 20,777-square-foot estate has an old-fashioned kind of elegance, including a 35-foot-high, marbled-floor entrance hall, a semi-circular, window-walled living room designed to showcase the panoramic water views and, coolest of all, a ballroom with a mosaic floor that lowers to transform into an indoor swimming pool. The 4.26-acre lot features 340 feet of private shoreline as well as an outdoor pool and guesthouse. It’s listed with Joseph Barbieri of Sotheby’s International Realty in Greenwich. (203) 618-3112.

However you like your water, this circa-2008 home offers it. There are 130 feet of private shoreline with a deep-water dock; Long Island Sound views from nearly every window; and, best of all, a lovely pool and pool terrace, sited with the same sweeping vista. Inside, the beautifully finished 11,000-square-foot interiors offer seven bedrooms and seven bathrooms (plus two half bathrooms). It is listed with Michelle & Company, affiliated with William Raveis Exceptional Properties in Westport. (888) 454-7653.

While our state is famous for its Olde New England homes (“pre-war” in Connecticut often means pre-Revolutionary War), many masters of the Modern movement built here too, especially in New Canaan, where Philip Johnson lived, along with other Harvard Five architects. This beauty, called Stillman II, was designed by Bauhaus architect Marcel Breuer, who built several homes in the Litchfield Hills. On 9.5 private acres, the home features the best of Breuer: natural materials, including local stone, brick floors, stucco walls and, everywhere, clean lines and loads of glass to let the outside in. Featured in House & Garden in 1967, it was recently featured again in The World of Interiors after its current owners finished a careful restoration. It is listed with Roger Saucy of Klemm Real Estate in Washington Depot. (203) 788-7032.

This 18,738-square-foot estate was custom built back in 2008 for owners who changed their minds before moving in and put it on the market for $12 million—at precisely the wrong moment, as it happens. Two years later, in the fall of 2010, the property was bank-owned when the new listing broker, Bonnie Paige, had the bright idea of having the interiors “dressed to sell” by legendary L.A. stager Meridith Baer, who has worked on homes bought and sold by Halle Berry, Harrison Ford, Reese Witherspoon and Brad Pitt. The happy ending: The home closed before the end of the year. Paige, of William Raveis Exceptional Properties in Southport, can be reached at (203) 331-7512. 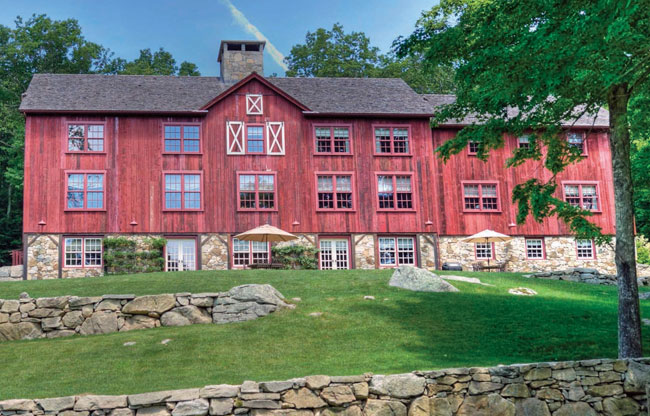 The prospect of revisiting this sexy, barn-style compound made our hearts pound madly. After our prior encounter, we gushed that the home put us in mind of Paul Newman in Cool Hand Luke: It’s rugged but refined. And it sits on nearly 67 bucolic acres. Good news: Upon second viewing, we’re still in love—and except for the small matter of the $8.9 million price tag, we’d be prepared to make a commitment. The backstory goes that a South American diplomat and his wife signed on designer Juan Montoya, as well as noted barn-home builder Edwin Cady to work some magic. And so they did, putting two barns together to create the now 14,000-square-foot interiors. A few standout features: five floor-to-ceiling stone fireplaces; the soaring 30-foot ceilings in the living room; and the luxe copper soaking tub in the master bath. Peter Klemm of Klemm Real Estate in Washington Depot has the listing. (860) 868-7313.