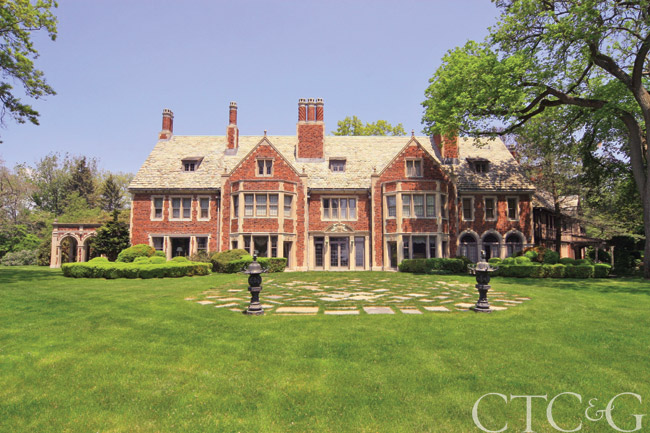 The highest-priced home ever to hit the town-of-Fairfield market—and, currently, the second-most expensive listing in the state—is a $62 million property along Sasco Hill Road with views over Long Island Sound. Called Sasco Point, this 20-acre property (including 1,850 feet of water frontage) once belonged to a Lehman Brothers’ COO who suffered a bit during the now-in-our-rear-view-mirror recession. The sale of the estate was delayed due to some tricky tax issues (we probably should mention here the annual tax bill is estimated at more than $500,000), but with that cleared up, it’s now advertised as “the most magnificent waterfront estate on the Connecticut Gold Coast.” Supporting that claim are gorgeous grounds and gardens, starting at a charming Gothic-Revival boathouse with stone steps leading down to the private sandy beach, moving on to the tennis courts for a quick set or two before setting up a lounge chair in the pavilion overlooking the pool. Further diversions: a post-and-beam barn with stables, a five-bedroom guesthouse and a Victorian-style gatehouse. The circa-1923, 17,000-square-foot, gargoyle-adorned brick mansion also impresses, offering 10 bedrooms and 15 bathrooms. Victoria Fingelly of Nicholas Fingelly Real Estate has the listing. 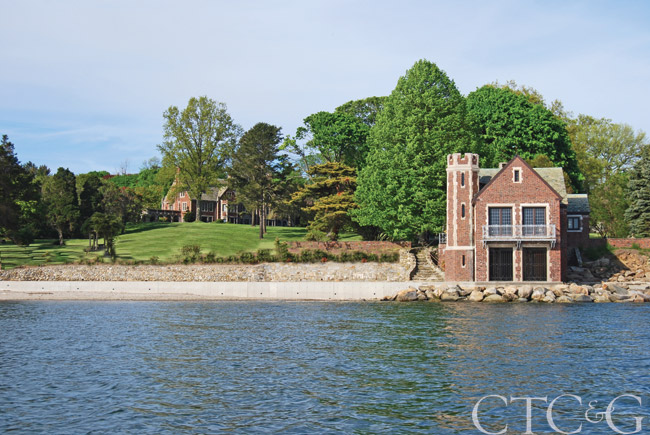 A version of this article appeared in the May 2015 issue of Connecticut Cottages & Gardens with the headline: Outside Influences.