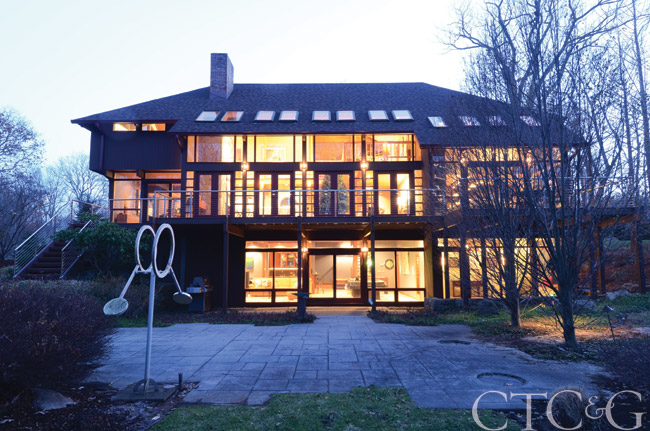 The goal for this month’s roundup of homes was to find listings that have such spectacular grounds and gardens you may well forget you came to see a house. From sandy beaches to horse-ready pasturelands to foothills and mountains, their topography varies widely—so put on some comfy shoes and join us for a tour of the  great outdoors.

On a smaller scale than Fairfield's 20-acre Sasco Point listing but with super-sized amenities is a lovely contemporary sited within walking distance of the Wilton town center but socked away on 2.17 private acres. Its best outdoor feature is the deck that spans the width of the house with access to the open-plan living, dining and kitchen spaces (the pool, terrace and spa are also nice). Inside the 6,500-square-foot home, built in 1990 but renovated in 2011, you’ll find a yoga studio, an exercise room and a game room with a bar. John and Susan Engel, both of Barbara Cleary’s Real Estate Guild, list the property for $1,888,000. 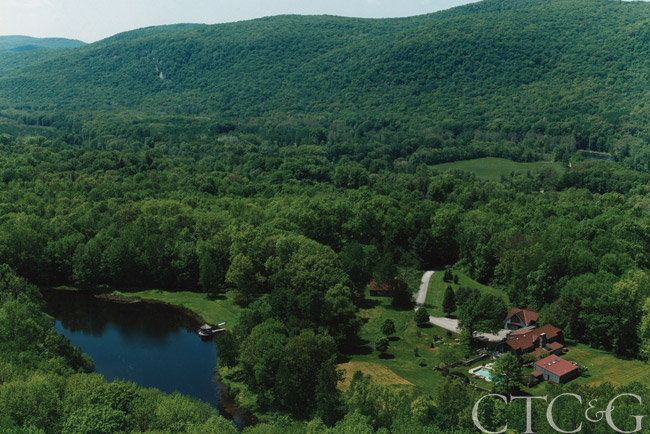 Further afield in Cornwall, Broadway director and producer Joe Avian (A Chorus Line, Miss Saigon) is selling a 252-acre spread that spans a private two-acre lake, gardened grounds, and a pool and pool terrace. The now-5,000-square-foot main house, built as a hunting lodge in the 1930s, was thoroughly renovated by Avian, who retained its rustic, post-and-beam charm. Also on the property: a caretaker’s cottage, a barn and a two-bedroom guest cottage with a kitchen. The full property is priced at $3,620,000, with a second option of 105 acres for $2.5 million, listed with Ira Goldspiel of William Pitt Sotheby’s International Realty. 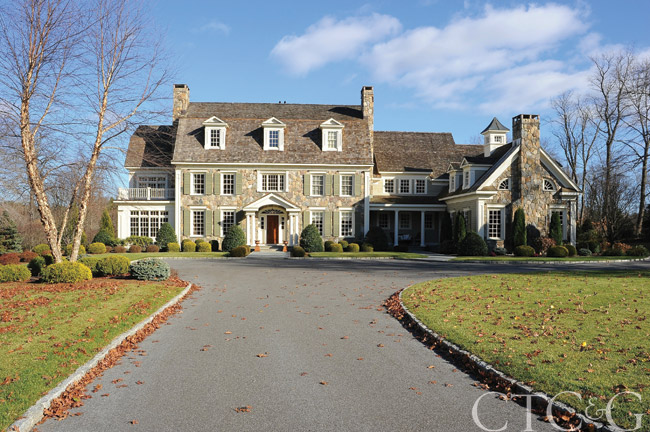 A Ridgefield estate called Fieldstone Hall is a golfer’s dream. For starters, it’s sited near the Silver Spring Country Club but has a high-tech golf-simulation facility of its own. For serving “19th hole” refreshments—the golfing equivalent to apres ski—there’s a dome-roofed outdoor entertaining pavilion with a generous seating area and fireplace. The 2.56-acre grounds also feature open lawns, extensive gardens and a handsome carriage house with a legal apartment. As for the 8,669-square-foot, circa-2004 main house, it offers four floors of luxe interiors, including a mahogany-paneled library, a conservatory and, on the lower level, a home theater and game room for entertainment. It lists for $3,995,000 with Laura Freed of William Pitt Sotheby’s International Realty. 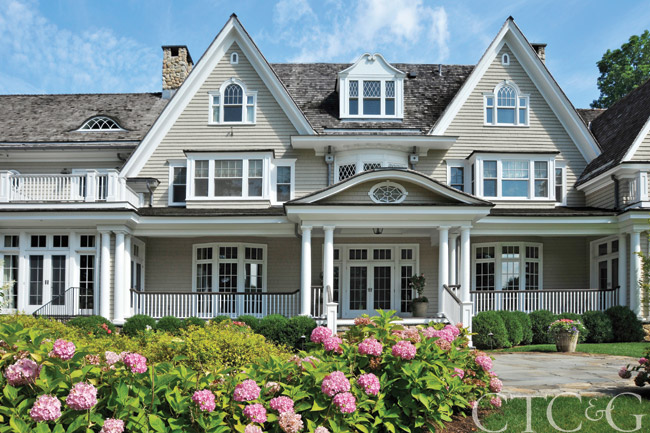 Last, but not least, is a circa-2007 home built by architect Boris Baranovich on 4.22 Greenwich acres. Landscape designer Edmund Hollander gets credit for the glorious gardens, which are best enjoyed from the dining terrace with its outdoor fireplace or around the pretty pool, with its spa and stone patio. There’s more fun inside, especially on the lower level with its pub room, featuring a pool table and another fireplace, a wine cellar, a home theater and an indoor sport court. The property lists for $17,199,000 with Carol Zuckert of Sotheby’s International Realty in Greenwich.

A version of this article appeared in the May 2015 issue of Connecticut Cottages & Gardens with the headline: Outside Influences.