Deeds & Don'ts: Olivia Wilde & Jason Sudeikis, Tyra Banks and Gina Gershon Are All on the Move 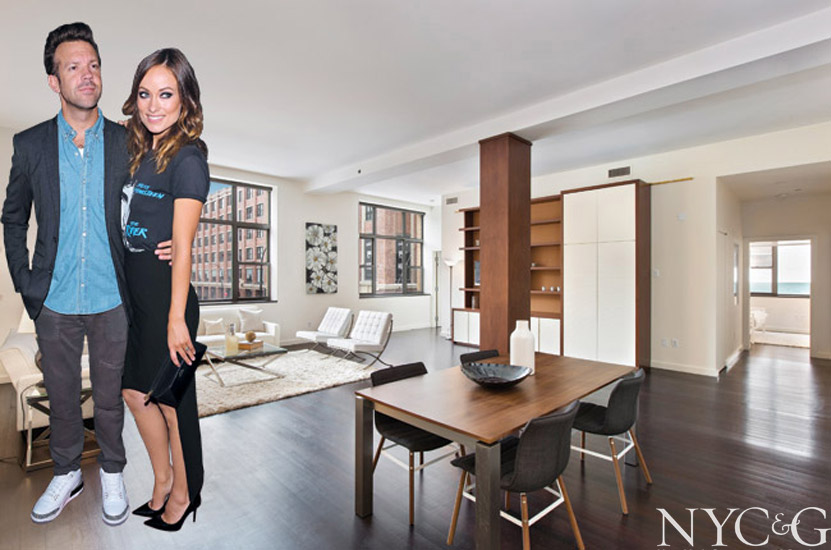 In the spring, a young mans fancy lightly turns to thoughts of . . . cash. Celebrities, too, are heeding Tennyson’s rule, shedding square footage like mink coats and cashmere gloves as the warm weather emerges, shining light on potential profit—especially south of 14th Street, where several star-studded properties have recently changed hands. Capital gains have bloomed for America’s next top real-estate mogul, Tyra Banks, whose 2,000-square-foot, two-bedroom prewar loft at 225 Lafayette Street recently went into contract (it had an asking price of $3.795 million—$1.5 million more than what she bought it for in 2005). The sun-drenched pad, with a chef’s kitchen and Midtown views, has been a rosy investment for Banks, who has rented it out since 2011. The Beaux-Arts apartment building, dating from 1924 and designed by architect Cass Gilbert, has attracted its fair share of other famous residents, such as actress Dakota Fanning and singer John Mayer.

Jason Sudeikis and Olivia Wilde have just sold their second-floor, two-bedroom love nest at 66 Ninth Avenue, in the heart of the Meatpacking District. With 12-foot ceilings, custom Italian cabinetry, and a view of Chelsea Market, the $3.995 million condo is located in the Porter House (named for the cut of meat), a former warehouse renovated by SHoP Architects that has also been home to Sudeikis’s fellow SNL alum Molly Shannon. Perhaps the neighborhood—known for its nightlife—was too Wilde for the Drinking Buddies costars, who bought the apartment in 2012 for $3.225 million and have now traded bottle service for bottle duty since welcoming son Otis in 2014.

In the world of celebrity real estate, sometimes it’s the apartment that’s famous: Take the penthouse at 704 Broadway, which billionaire and friend-of-Bill (Clinton) Ron Burkle bought for $17 million in 2007 and has just put on the market for $37 million. The 8,000-square-foot condo features a heated 25-foot swimming pool on the roof and was previously the event space Sky Studios.

Across town, riding the elevator at 200 11th Avenue is like walking the red carpet at the Oscars: More often than not, the person next to you isn’t just someone, he’s someone. Residents of the Annabelle Selldorf–designed building at West 24th Street and the West Side Highway include Nicole Kidman, Domenico Dolce and Stefano Gabbana, and interior designer Jamie Drake. But one star has left the building: indie actress Gina Gershon, who lived in the glassy tower with her boyfriend, Bobby Dekeyser, the owner of a 2,400-square-foot, sixth-floor condo that recently went into contract after being listed for $8.5 million (mum’s the word on the buyer). While many apartments at 200 11th feature spacious patios, 6N doesn’t—odd, since Dekeyser is the founder of Dedon, the high-end outdoor furniture company with a showroom in Manhattan’s D&D Building.

A version of this article appeared in the April 2015 issue of New York Cottages & Gardens with the headline: Spring Fever.