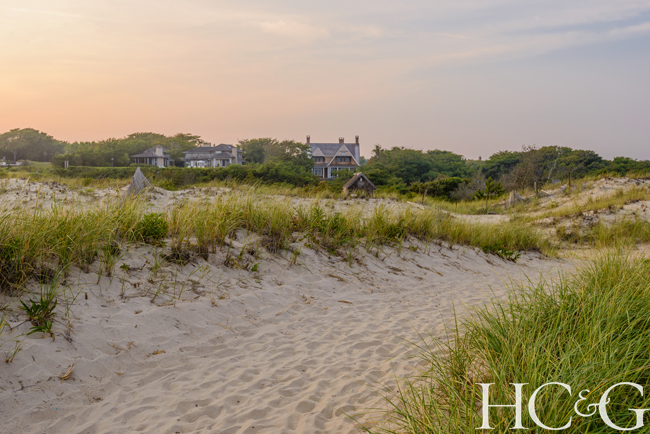 Despite superstorms and the ever-growing threat of climate change, people will always want to live on the water. Christopher Burnside of Brown Harris Stevens has a brand-new $3.695 million waterfront listing in Sag Harbor that could satisfy many a water baby. The three-bedroom, three-and-a-half-bath modern has the kind of vistas that have made the Hamptons famous. “The views reach across Long Beach to the North Fork on one side and Sag Harbor Village on the other,” says designer and builder Robert Gobright. Add to that 1,900 square feet of decking, an outdoor kitchen and grill, and a custom-designed gunite spa with an LED-lit waterfall—and a fully FEMA-compliant construction to boot.

As for oceanfront homes, Halcyon Lodge on Gin Lane, the former estate of Henry Ford II, is listed for $19.9 million with Tim Davis and Zachary and Cody Vichinsky of Corcoran, and Harald Grant of Sotheby’s International Realty. The house is an original 19th-century Stick-style Victorian—one of only two left in Southampton Village—and has a surprising modern appendage: a glass pavilion designed in 1951 by architect Philip Johnson. Within its 10,000 square feet are two living rooms, two fireplaces, eight bedrooms, and six baths. “Aside from the location and view of Old Town Pond, there are details that would never fly today, like the dune-front pool, the carriage house with a separate certificate of occupancy, or the protection of the bulkhead,” says Cody Vichinsky. A bulkhead is nothing to sneeze at, though, when you’re up against Mother Nature. 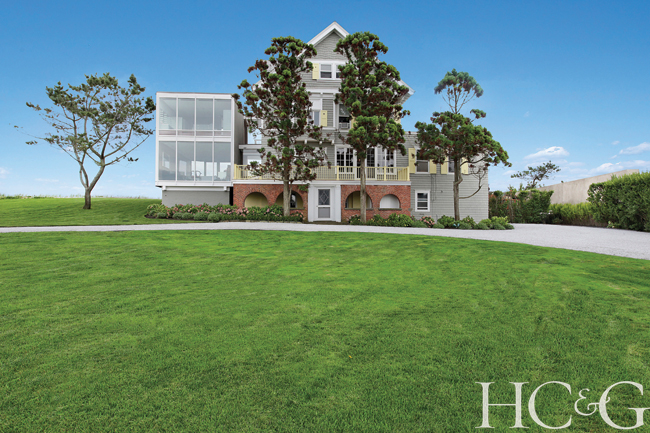 Another glistening waterfront gem is a $45 million new-construction estate in East Hampton. The 9,000-square-foot home, listed with Ed Petrie and Harald Grant of Sotheby’s International Realty, Susan Breitenbach of Corcoran, and Oren Alexander of Douglas Elliman, is set on 2.8 acres and has 200 feet on the ocean, as well as eight bedrooms, nine-and-a-half baths, a pool, tennis, cabanas, numerous covered porches, six fireplaces, an elevator, and an attached three-car garage—and, in the event of another superstorm, a whole-house generator, possibly making this property the unofficial charging station for the entire neighborhood.

New in Town
The Hamptons shopping and restaurant scene is nothing if not itinerant, with venues changing their locations and addresses so fast they could stump the GPS of even the most on-trend scenesters. Now that summer is in full swing, here’s our guide to who’s new, who’s moved, where to find them, and what they’ve got in store. After all, a little retail and restaurant therapy is a rite of Hamptons summer passage. 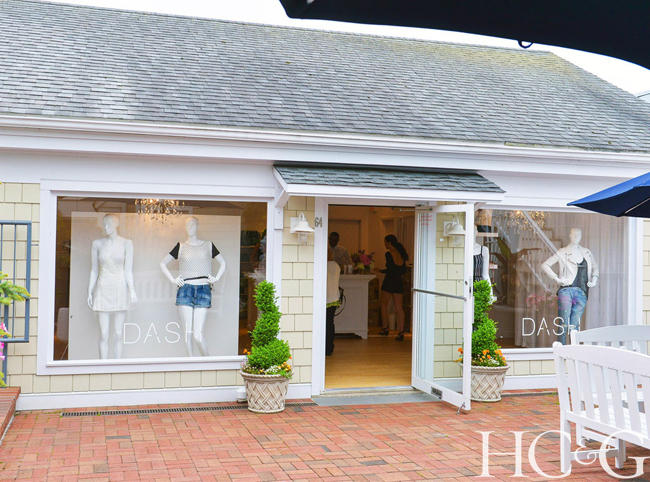 Southampton
The Swedish lifestyle brand Lexington Clothing Company has opened its second Hamptons location at 46 Main Street, where it just debuted the Hamptonite Collection, a new line from Hilaria Baldwin that features the Alec Shirtdress (named for her hubby). Club Monaco has moved into 35 Main Street, and Concept, a boho-chic-at-the-beach boutique, is just around the corner on Jobs Lane. Time to face “reality”: Khloé and Kourtney Kardashian’s shop, Dash, has found a home behind the Driver’s Seat, and a new Citarella on Hampton Road means great food without a trek to other towns. Old Town Crossing has decamped from Main Street and moved to 134 Mariner Drive.

Water Mill
Attention, shoppers: West Elm has gone brick-and-mortar, with a new 7,120-square-foot store on Montauk Highway. Its assortment of summery home furnishings has been curated specifically for this location. Down the road, Trata has given way to Red Stixs, which features Beijing-style Chinese cuisine.

Bridgehampton
When you’re all dressed up with so many places to go, stop by the new blow-dry bar Blow, at 2462 Main Street, then breeze into Chase Edwards Contemporary Fine Art next door to peruse works by established and emerging artists. Stroll into pop-up shop Hamptons Collective, which features edgy designers and lifestyle brands. Loaves & Fishes fans are flocking to the company’s Bridgehampton Inn Restaurant, where guests can sample classic French cuisine or belly up to the walnut bar in the original 1795 tavern room. Vegan, raw, and gluten-free, natural foods restaurant Fresh Hamptons is offering a takeout arm, Fresh Gourmet to Go, as an option for the beach or the car ride home. Perennial East Hampton favorite Round Swamp Farm has opened a new outpost at 97 School Street, offering fresh produce, prepared food, and baked goods. 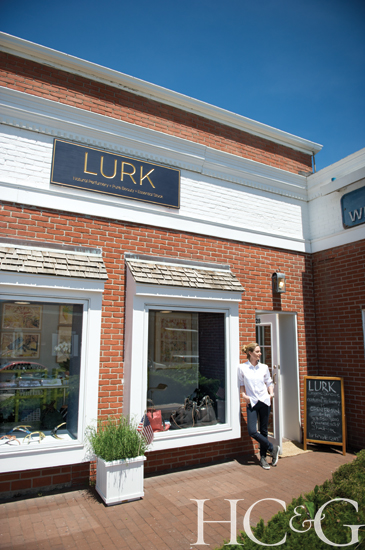 East Hampton
Elizabeth Dow’s new design studio at 14 Gingerbread Lane is chock-full of sumptuous wall coverings and textiles. After launching last year in Sag Harbor, JANGEORGe has opened an outpost on Main Street, where design duo Jan Oostdijk and George Rutgers sell an eclectic mix of high-end furniture, lighting, and antiques. Les Toiles du Soleil, at 78 Park Place, brings a little bit of the Côte d’Azur to the Hamptons, with everything from custom upholstery fabrics to colorful espadrilles, tabletop linens, and dog collars. Beach bodies will head to Orlebar Brown at 23 Newtown Lane for designer board shorts for men and mix-and-match bikinis for women. 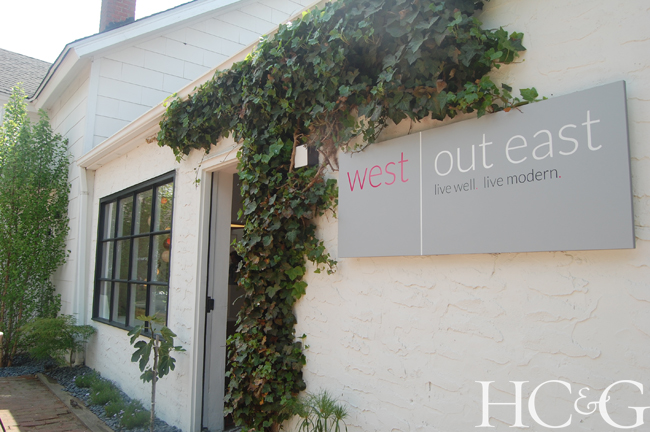 Next door, at 25 Newtown Lane, architect West Chin’s West Out East sells high-end outdoor and indoor furniture, lighting, and accessories, plus a design-and-build program for kitchens, baths, and storage. The Kate Spade boutique has moved into 17 Newtown Lane, offering bright handbags and resort fashion. In addition to its new Bridgehampton locale, blow-dry bar Blow has also whirled into 50 The Circle. 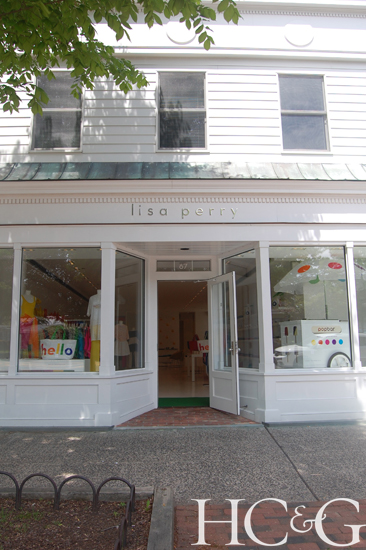 After her initial foray at Sag Harbor’s American Hotel, Lisa Perry has moved her primary color palette to 67 Main Street. Snag a suit or the Op Art–inspired tableware, created in collaboration with interior designer Kelly Behun. At 48 Main, C. Wonder has set up shop (a Southampton location opened last summer), offering prepster summer style. Next door, Lord & Guy makes its debut with a clever mix of art and antiques. Refuel at Bay Kitchen Bar, the new marina-side seafood joint from executive chef Eric Miller. The $1 oyster sunset happy hour is a must.

Montauk
Montauk is seeing a he-sells-seafood-by-the-seashore shuffle. Harbor Raw Bar & Lounge on West Lake Drive offers small plates and serious signature cocktails. Previously in Westlake Marina and now on Salivar’s Dock, the Clam and Chowder House is getting rave reviews for its sushi and rooftop deck. Taking over the latter’s former location, the Westlake Fish House offers breakfast, lunch, and dinner. And for any Hamptonite over 30, it’s the end of an era: Duryea’s Lobster Deck has been sold after almost 80 years under the same ownership. Word is that its new owners won’t disappoint, continuing as a seafood restaurant after renovating.

A version of this article appeared in the July 15, 2014 issue of Hamptons Cottages & Gardens with the headline: Deeds & Don'ts