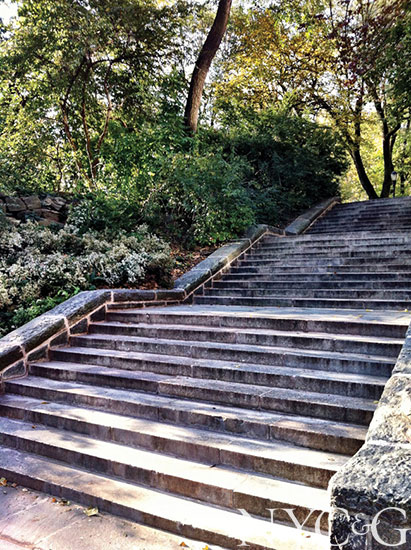 Looking for the newest up-and-coming neighborhood? Go east, young man—but not the East Village or the Lower East Side. Formerly stodgy Yorkville is now the coolest kid on the block. Yorkville? Yes, the area from Third Avenue to the East River between 79th and 96th streets will soon be filled with the rumbling of the Second Avenue subway—and increased real estate prices, no doubt. The enclave has always been popular with families—especially those with children at Chapin, Brearley, the Town School, and P.S. 158—and outdoorsy types who appreciate the greenery of Carl Schurz Park. Notable neighborhood residents include art-world heavyweight Beth Rudin DeWoody and singer Ricky Martin, who ditched his Bond Street digs and moved uptown to quieter quarters to raise his twin boys.

A onetime haven for German immigrants (though it’s getting difficult to find a good bratwurst nowadays), Yorkville boasts some of Manhattan’s finest pre-war buildings, such as Ten Gracie Square, the 1930s co-op that has its own driveway and squash court. Here, $18.9 million buys a penthouse with five bedrooms, four wood-burning fireplaces, a 73-foot-long south-facing terrace, and a view of the East River (as long as you can afford the monthly maintenance of $16,581). One block to the north is 120 East End Avenue, developed by Vincent Astor in 1931. On its seventh floor, a 14-room home with a sterling design pedigree (Jed Johnson and Alan Wanzenberg as well as Thad Hayes) and vistas of the river and Carl Schurz Park is asking $12 million. A rare 50-foot-wide, four-story mansion—once the Rhinelander Children’s Center—awaits a buyer to turn its 15,400 square feet into a single-family home; it’s listed at $18 million. A younger entry to the housing market is the Charles, a hyper-modern Ismael Leyva–designed building that broke neighborhood records when its duplex penthouse and two floors below it went into contract for $37.94 million. (The still-unnamed buyer is creating a massive 11,740-square-foot quadruplex.) Four other full-floor residences, with interiors by the late David Collins, are currently listed with Town Residential at prices ranging from about $6.4 million to $9.8 million each. New Jersey Nets coach Jason Kidd and former Yankees pitcher David Cone have both looked at apartments in the building, which seems to be changing the game all the way uptown. 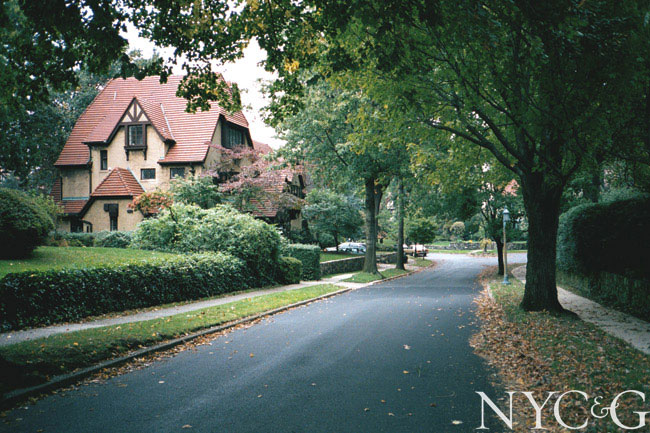 Even though New York is pretty dang flat, there’s something about a neighborhood with “hill” in its name that seems to give it instant cachet. Called Ponkiesbergh when the Dutch settled it in the 1600s, Cobble Hill got its stony moniker from the cobblestones used as ballast on European ships that docked in South Brooklyn. Although decidedly working class for decades, the area became a prime candidate for gentrification in recent years because of its undeniable charm. Today, Cobble Hill is one of the most desirable neighborhoods in the entire city—and one of the most expensive, with listings like the 10,000-square-foot townhouse at 177 Pacific Street, with a four-car garage, radiant-heated floors, a 20-person movie theater, and a record-breaking price tag of $16 million. “It’s in a different league,” says listing broker Alex Maroni of Douglas Elliman Real Estate. “In brownstone Brooklyn, it is virtually impossible to get 10,000 square feet of living space without combining two houses. And in Manhattan, houses like this cost $50 million.” 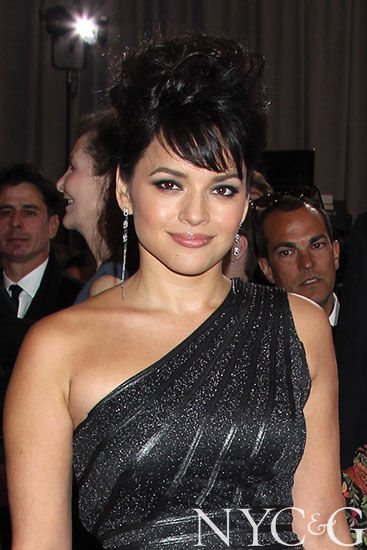 Dreaming about English village life? If you are drawn to leafy cobblestone squares surrounded by pristinely landscaped Tudor homes and don’t care a whit about being a Brooklyn hipster, then head for Forest Hills Gardens in Queens, a lush hamlet lying a mere 13 minutes away from midtown Manhattan. Built by the Russell Sage Foundation as an urban planning experiment in 1908, it was inspired by English garden cities of the era, such as Letchworth and Welwyn Garden City. 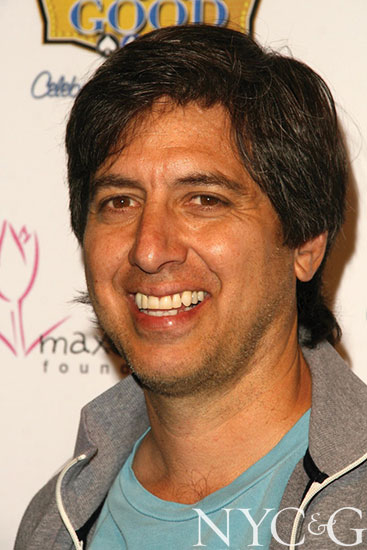 “What’s wonderful about Forest Hills Gardens,” says Susanna Hof, a co-owner of Terrace Sotheby’s International Real Estate, “is that it still has diversity, similar to the rest of New York City, even though the housing prices typically top $1 million.” Each of the area’s 800 homes—many Tudor in style—sit on winding private streets within walking distance of the train station and town (former residents Donna Karan, Jerry Seinfeld, and Ray Romano have all strolled the avenues at one time or another). Properties rarely come to market, and they tend to move quickly. On offer currently is a Cotswolds-inspired, five-bedroom 1926 Tudor at 55 Exeter Street designed by Grosvenor Atterbury, with stained- and lead-glass windows, landscaped gardens, a 16-foot-high fireplace, and 4,000 square feet, priced at $3.9 million, and a $1.8 million English pebblestone house built in 1935 with three bedrooms, latticed windows, and perimeter gardens.

While many New Yorkers head to the Hamptons for the summer, others head Upstate instead. Though certain cities have occasionally been called “the new/next Hamptons” (Hudson, Millbrook, even Copake), what they always lack is a beach. The silver lining: They also lack the soul-crushing traffic tie-ups on the L.I.E. The surf and sand trade-off: A number of cool, deep lakes that dot the region.

If you feel like diving in, consider the waterfront house currently on the market on Converse Lake in Armonk. A nearly 20,000-square-foot limestone castle, it’s the most expensive home on the Westchester market, listed for $24.9 million with Missy Renwick of Renwick Sotheby’s International Realty. Unsurprisingly, it’s a lavishly built affair with onyx floors, a custom-made glass conservatory, and a sky-high roof terrace with views of the lake.

Just up the road, in Cold Spring, lies a little-known enclave called Lake Valhalla, developed in the 1940s by an Austrian industrialist, Lewis Novoting, who invented a popular meat slicer. He erected dozens of cozy stone-and-clapboard cottages around a 50-acre lake and marketed them to Teutonic types like himself, during a time when it was decidedly dodgy to sprechen sie Deutsch in America (or anywhere else, for that matter). Today, the smaller structures around the lake can be had for less than $400,000, such as a two-bedroom, one-bath, 1,140-square-foot home with an original stone fireplace, currently listed with Robert A. McCaffrey Realty. The big-ticket item here, though, is the lakeside estate known as Valkyria (named for the mythical Norse being), listed for $3.5 million with Heather Croner of Heather Croner Sotheby’s International Real Estate. Caveat emptor: Behind the stunning half-timbered façade lies a somewhat shabby interior, uninhabited for some 15 years and described as “ready to restore.” 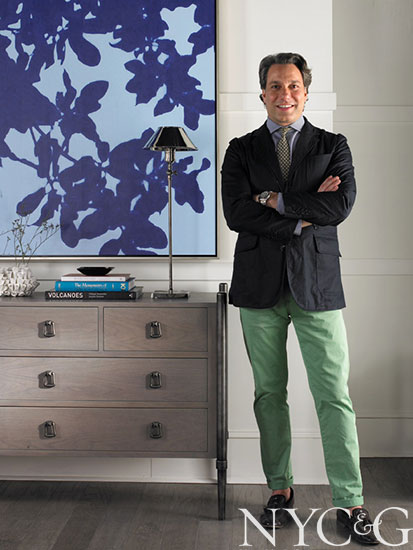 Copake Lake in Columbia County was once a hardscrabble kind of place (the Algonquin word Copake translates as “snake pond”), but better buzz was generated a few years back when New York architect and longtime resident Gray Davis was commissioned to rescue the once-grand waterfront clubhouse attached to the lake’s 18-hole golf course. Designer Thom Filicia and his partner, Greg Calejo, have been dabbling in the market here too, buying and renovating properties and renting them out (they also own a swell circa-1917 lake house of their own). Currently for sale is a green-construction modern home, sited on 24 acres on a ridge with panoramic views of the lake from its walls of glass. Nancy Felcetto of Halstead Property lists it for $1.5 million. 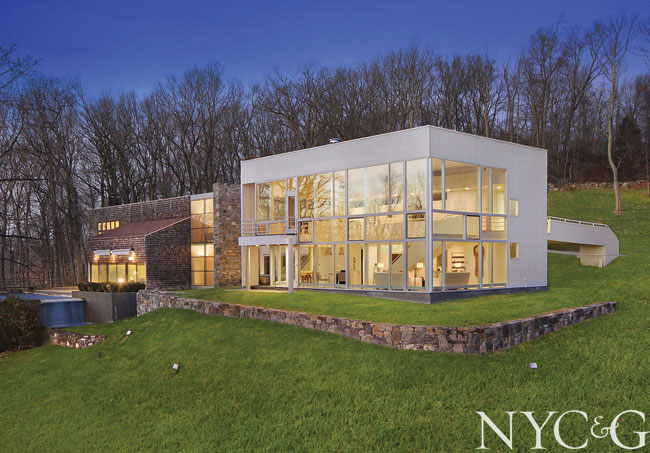 Mid-Mods, as they’re called by Realtors, attract buyers who are determined to find mid-20th-century properties that have escaped the “updates” that can actually decrease a home’s value. “Modern buyers would rather have an unrestored house than redo 1980s-era kitchens and baths,” says Todd Goddard of Houlihan Lawrence. One of the most coveted Mid-Mods on the market is in Mount Kisco, a glass box built by Richard Meier in the early 1970s. It exemplifies Meier’s love of clean lines and open floor plans, but also offers such amenities as a media room with its own kitchen and a master wing with a gym. The nearly nine-acre grounds come with an infinity pool and a stone terrace and waterfall. Brian Milton of Houlihan Lawrence has the $3.5 million listing.

In 1953, the Bauhaus-era architect Marcel Breuer was commissioned to build a house by Vera Neumann, the scarf designer whose boldly modern prints were favored by women ranging from Marilyn Monroe to former First Lady Bess Truman, who draped White House windows in a Vera print. The single-level home, listed for $1.9 million with Sharon Bodnar Briskman of Houlihan Lawrence, sits on 3.5 hilltop acres in Croton-on-Hudson and features slatted-wood walls and ceilings, as well as an indoor pool.

Just coming on the market this month, for only the second time in 58 years, is a 1956 Pound Ridge modern designed by architect David Henken, who studied at Taliesen under Frank Lloyd Wright. During a “sensitive restoration” in 2011, the kitchen and baths were updated and the extensive glass window walls and wood paneling refurbished—although Henken’s aesthetic remains intact, says Goddard, who has the $1.5 million listing for the 3,162-square-foot house, which comes with a pool and koi pond on two private acres. 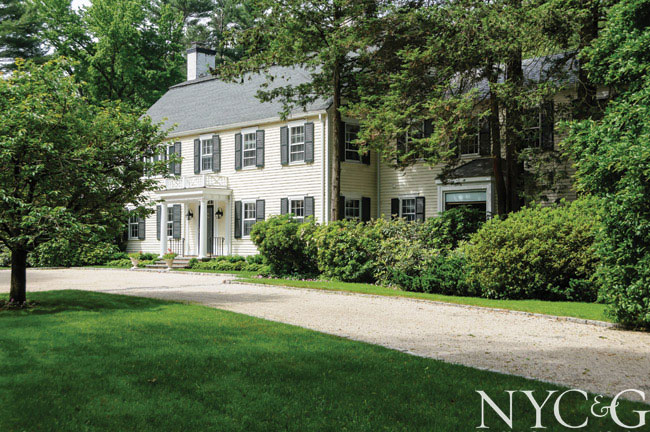 Not into Upstate lakes or the Hamptons hustle? An alternative lies just a short car ride away. “Families want to get out of the city in the summer, but often don’t want to be too far from their primary residence,” says Christina F. Porter, an associate broker with Daniel Gale Sotheby’s International Realty. “The Gold Coast towns on Long Island Sound are a much easier commute than the sometimes hours-long car ride to the Hamptons.”

One picture-perfect property is at 69 Dogwood Lane in Locust Valley, a six-bedroom, four-and-a-half-bath “country Colonial” on two landscaped acres located across from a 60-acre preserve. Built in the 1940s, the $2.7 million home has a pool and pool house, a spa, and a flat backyard, a key factor for city dwellers with young children. In sleepy Matinecock, at 8 Eyre Lane, lies a circa-1900 house that’s situated on a generous six acres, yet close to town. Listed with Porter for $4.3 million, it’s hidden on beautiful back roads not far from the sound. On the more luxurious end, a Georgian-style manor at 40 Piping Rock Road in Locust Valley carries a $12 million price tag, a relatively good deal for those with deep pockets, given its five bedrooms, seven bathrooms, three half-bathrooms, and tennis, pool, carriage house, separate two-bedroom apartment above the garage, and greenhouse, as well as proximity to the village and the train station.

A version of this article appeared in the May/June 2014 issue of New York Cottages & Gardens with the headline: Deeds & Don'ts.