Delve Into A Decorator’s Dream Home 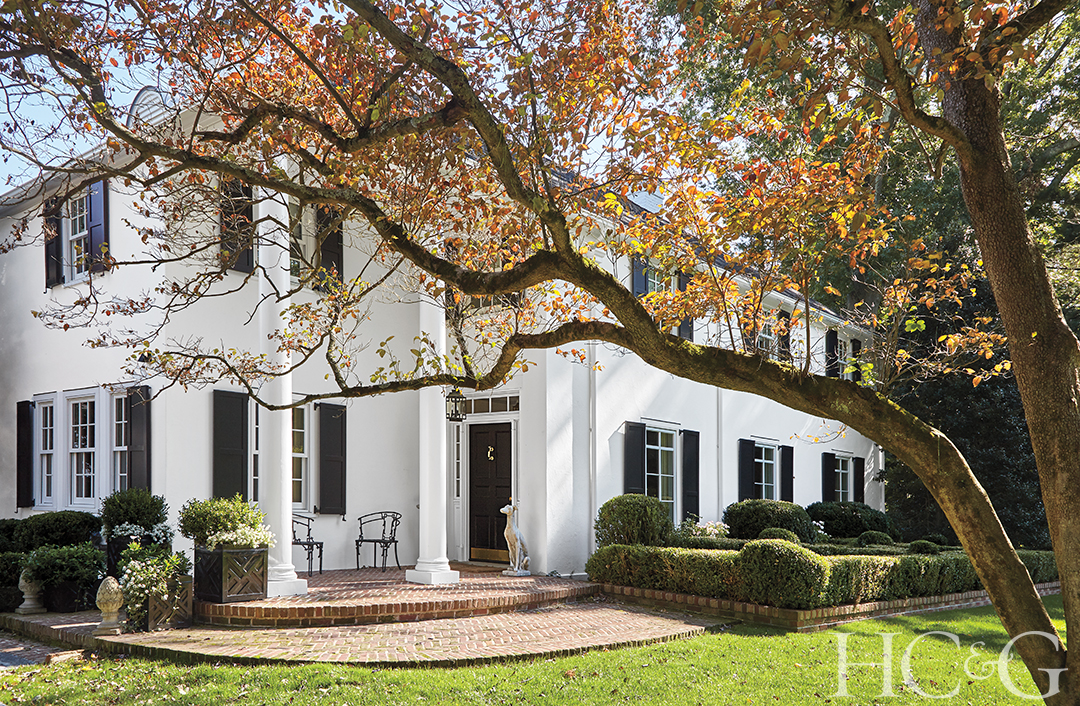 Good things come to those who wait, the saying goes, and the adage certainly holds true for Laura Tutun. The decorator, who got her start in the home accessories and paint departments at Ralph Lauren, relocated to Rye from the city in 1999 as she and her husband were preparing to have their second child. Six year later, after a successful stint staging homes for real estate listings in Rye and its nearby suburbs, she decided to launch her own interiors firm. During this time, she fell in love with a dilapidated Georgian Colonial on her running route. The early-19th-century structure was a grand beauty, but slightly marred by overgrown trees, graying and cracking stucco, and an overall aura of neglect. Within several months, she became the home’s fourth owner.

Tutun embarked on two minor renovations at the outset—getting the property in “living condition” and subtly updating the terrace and living and dining rooms—but transformed the residence into what it is today during a major overhaul in 2019. “I had been living in the house for 13 years by this time,” Tutun recalls, “so I was able to think about what I wanted to do. There were more formal rooms originally, such as a servants’ kitchen and a massive living room, but no family room. And the former owner’s dental office was still there. I thought about how my family lives in the house and also about how future owners might want to live here.”

Tutun tapped Connecticut-based architect Matthew Dougherty to help her expand the original 8,500-square-foot structure by another 3,000 square feet, which allowed space for three new ensuite bedrooms, an office for her design business, a three-car garage, a butler’s pantry, a mudroom, a laundry room, and a finished basement.

The challenge, according to Dougherty, was to “connect the addition to the house in a seamless way and maintain the original character,” he says. “We didn’t want it to feel awkward, so we carried the roofline and exterior detailing into the new section. Laura spent a lot of time thinking about how this house should look.” Tutun and Dougherty also reconfigured the existing kitchen and dental office to create a large eat-in kitchen that’s open to the family room. “I had everything decided beforehand, down to what windows and door hardware I was going to use,” says Tutun, who lived in the house with her husband and third child, a college-age daughter, during the yearlong renovation. “It was helpful being there because we could make any necessary adjustments immediately. The best ideas are bred during construction.” 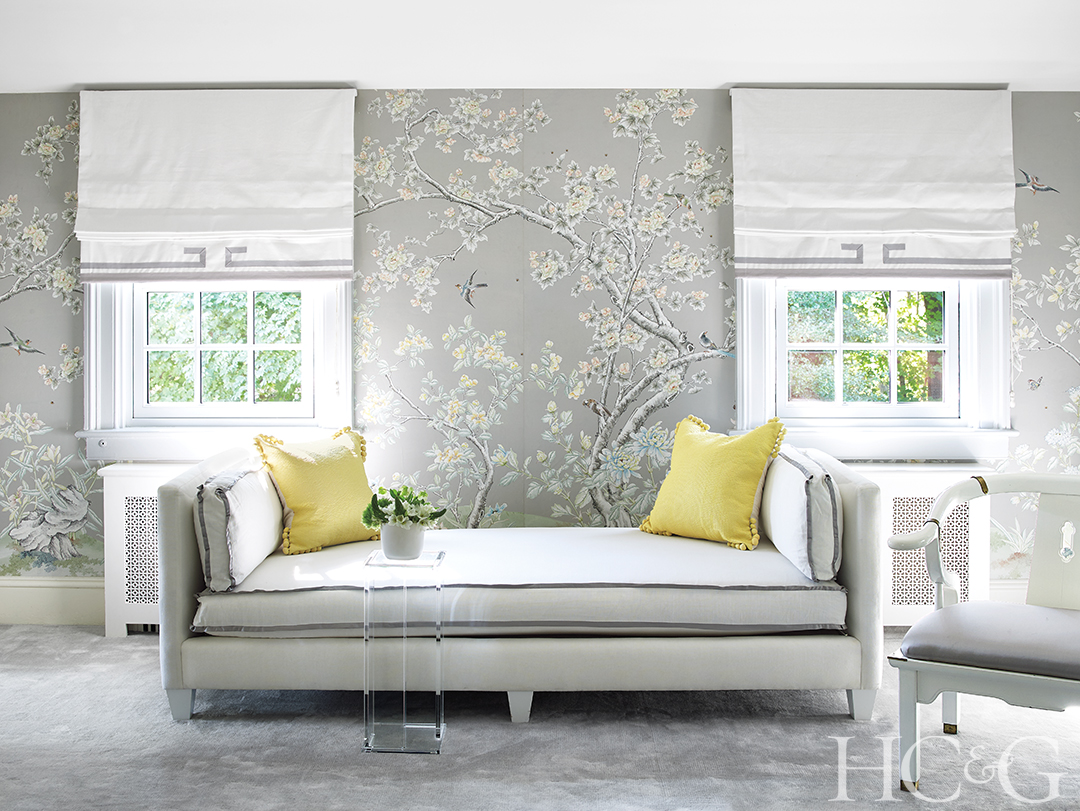 A Gracie wall covering dresses up a sitting area in the primary bedroom. Photographs by Tria Giovan.

And the smallest details, it might also be argued, are hammered out before all the dust settles. “The finishes were a huge focus,” says Tutun, who selected leather-and-brass-inlay doors, Lutron light switches customized to complement wall colors, and floors of marble mosaic, terrazzo, and wood herringbone with brass inlay. “The soft furnishings were the hardest decisions to make, since there are always so many new fabrics and wall coverings to choose from,” the decorator adds. “In truth, I see so many new products for my job that it’s more peaceful for me to live in rooms that are quiet. My office, especially, needed to be clean and white so that I could work without any distractions.” Indeed, in an era when the notion of working from home has taken on a whole new meaning, Tutun has created a veritable oasis of calm

The print version of this article appears with the headline: House Proud.
Subscribe to C&G

This article appears in the October 2021 issue of NYC&G (New York Cottages & Gardens).