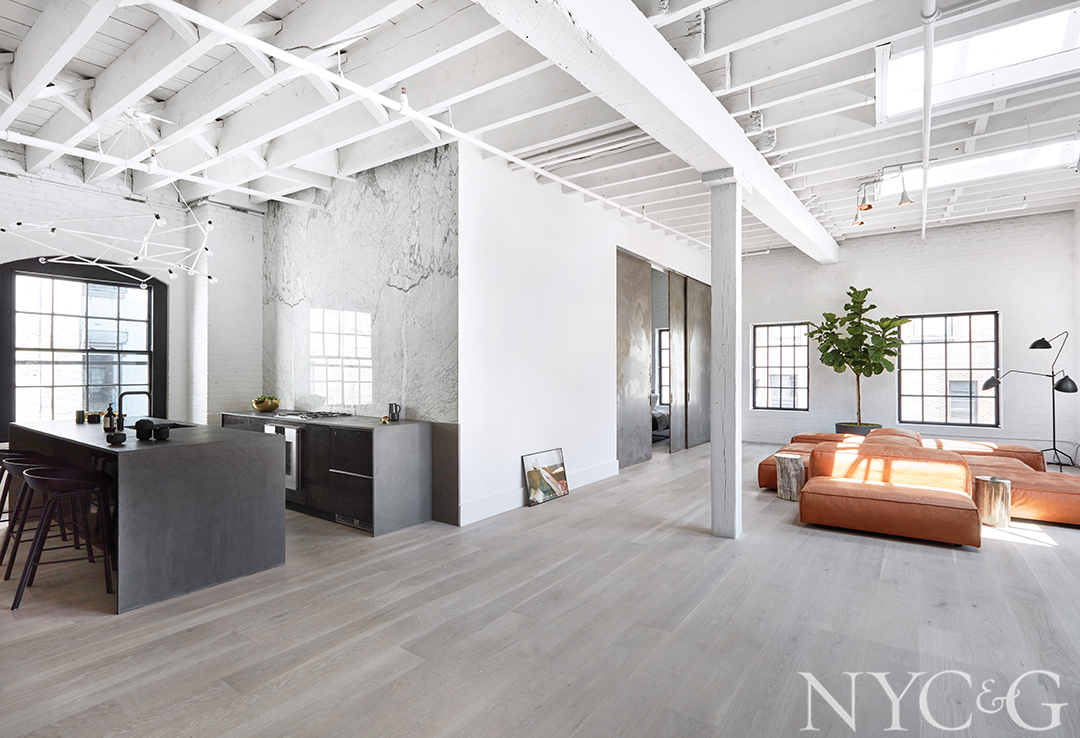 SoHo Strength Lab co-owner Albert Matheny had an enviable introduction to downtown’s fabulous set. A personal trainer, his at-home sessions with celebrities and the fashion crowd provided him with a veritable private tour of luxury apartments south of 14th Street.

Once he could afford a similar kind of space for himself, he started apartment shopping on a street not far from his gym. Enter the former redbrick Tiffany’s warehouse just around the corner from Old St. Patrick’s cathedral, in the heart of Nolita. The structure had been converted into artist’s lofts years ago, and during Matheny’s search, one top-floor apartment became available, boasting an “only in New York” view of the huge stained-glass window above the cathedral’s altar. Which is not to say that the unit had nice windows of its own, or even sufficient daylight. “Originally, I had not even wanted to look at it,” Matheny says, “but then I saw how the view of the church made it appealing.”

The apartment was surprisingly quiet, and said view of the churchyard included treetops that reminded him of his childhood in Florida. To frame that vista better and pump up the natural light, he hired Irish-born designer Alsún Keogh. “Light is such a big asset in New York,” says Matheny, who met the “extremely intelligent and well-traveled” Keogh through the gym. Where there were thick aluminum windows, Keogh swapped in custom steel replacements (their divided panes hark back to an earlier time) and punched big new ones through the structural brick walls. She also took down a low tin ceiling and added two hipped skylights, along with a roof monitor for the muscular steel stair to Matheny’s private roof terrace, where she is now at work on a deck. 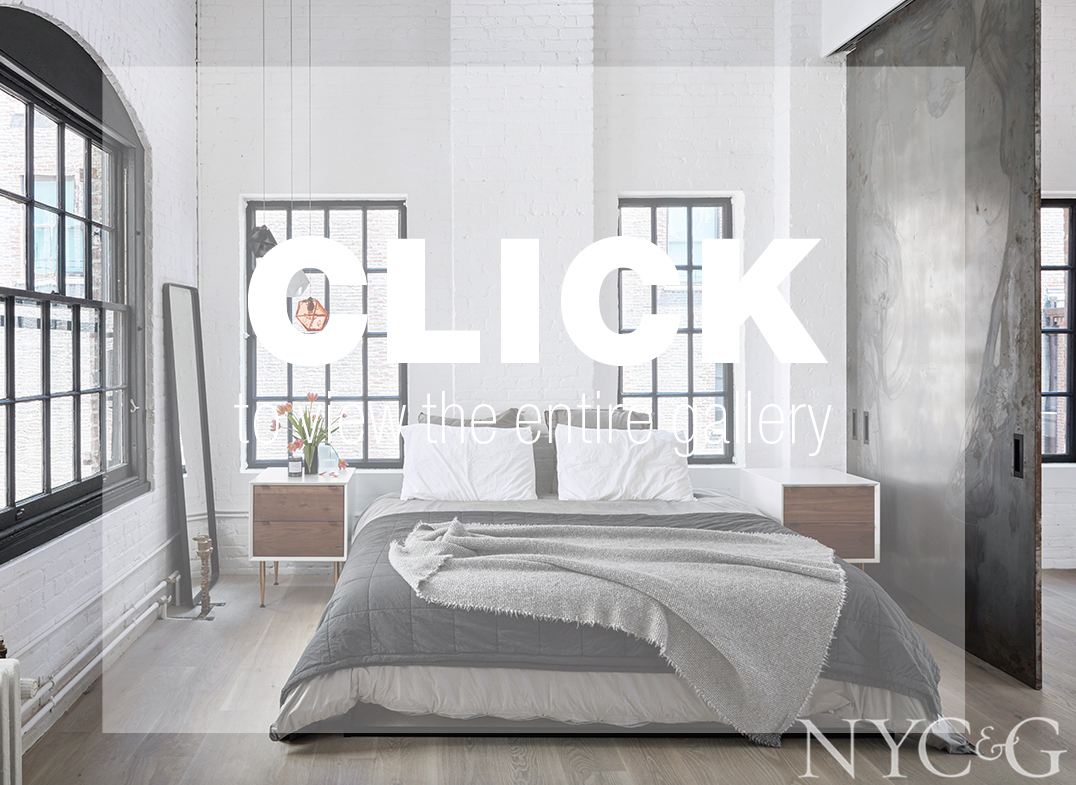 The apartment’s layout was “a rabbit warren,” Keogh recalls, so she knocked down most of the interior walls to revive the original industrial shell, all the better to accommodate the clean, flowing interiors Matheny had experienced while traveling in Scandinavia and dreamed of replicating in New York. Now the ebonized mahogany doors to the spare bedroom and bathroom contrast beautifully with the exposed brick, painted stark white throughout. In the kitchen, walls are clad in enormous slabs of figured marble that glimmer under a linear chandelier made from bundled recycled fluorescent tubes (it actually houses a nexus of halogen bulbs as its light source). The kitchen cabinets are from Ikea, but Keogh fronted them with custom panels of patinated bronze from Norm Architects, which she ordered through the Brooklyn Navy Yard showroom Reform. With use, says Reform founder Jeppe Christensen, the dark metal doors will become burnished to a shining gold and “get more beautiful over time.”

To furnish the living room, Keogh suggested a projection television and Living Divani modules assembled into a sort of futuristic sofa landscape. Small clear bulbs in the segmented white chandelier overhead evoke an astrological map of the night sky. Fine new plank floors appear freshly scrubbed, whereas the enormous door on the master bedroom is raw steel. “We both kind of like that warehouse look,” says Matheny, pointing out that Keogh even designed the door to slide open so that her client can see the sun dawn over the parish house of Old St. Pat’s. And in the remaining spot where there are still no windows, plants hang from wall-mounted carved-wood fragments of a baroque St. Patrick’s window frame, which the designer rescued when it was replaced. Think of it as divine intervention during a thoroughly purifying conversion.

A version of this article appeared in the May/June 2018 issue of NYC&G (New York Cottages & Gardens) with the headline: Fit & Trim.