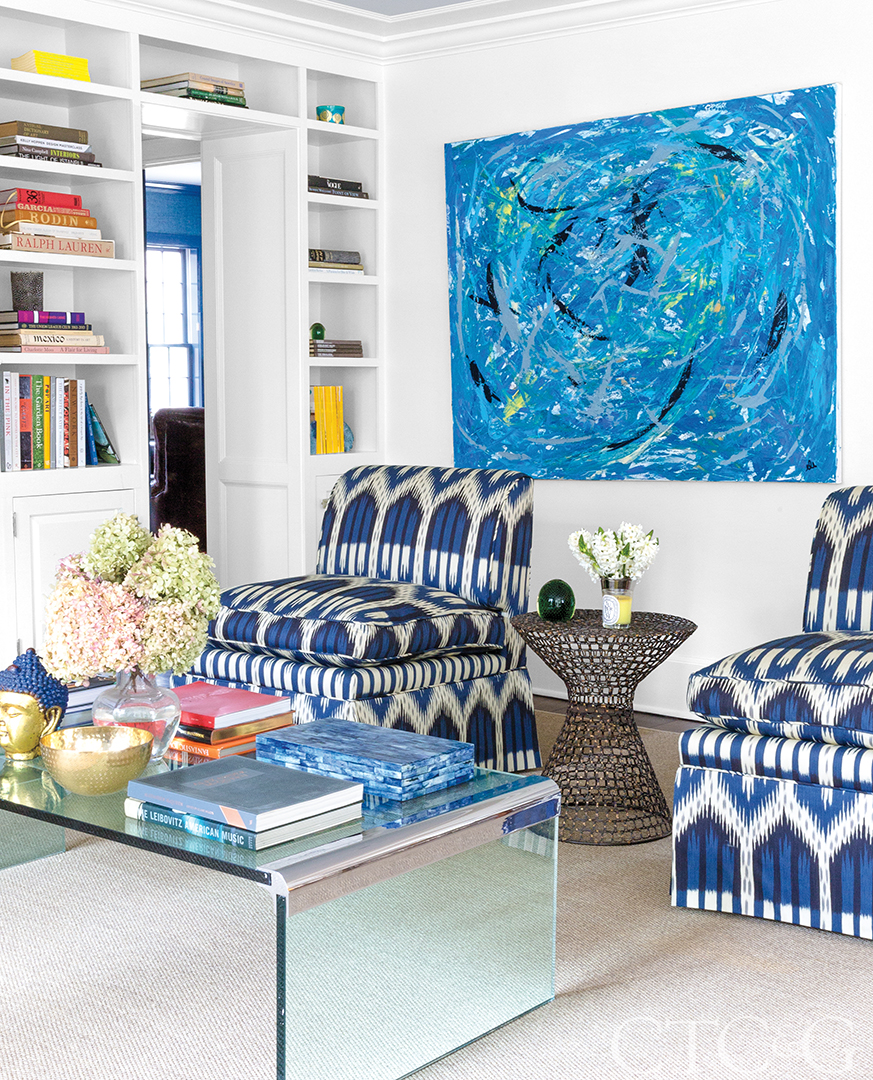 Mia Johnson has given her family a case of the blues. For her three young sons and her husband, though, blue signifies happiness, not moodiness. “My love of the color blue started with my love of the water,” says Johnson, whose interior design business, Amelia Johnson Design is based in her hometown of Fairfield. “Blue is soothing and calming. And since many generations of my family have lived right here in Fairfield, this close to Long Island Sound, it’s not surprising I respond favorably to the color. Plus, we have three boys and, well, blue is the hue that recognizes them.”

So successful was Johnson in making her residence into a home that it was featured on last May’s house tour to benefit Southport–based Near & Far Aid, a charity that seeks to eliminate the causes and effects of poverty in Fairfield County. “I’m a tinkerer, I’m always updating, switching things out and around to keep rooms feeling alive,” she explains. “But once I committed to the tour, I had to get everything in place just as fast as I could.”

Tour visitors issued compliments about her exuberant uses of blues and her ability to honor the old bones of the house while introducing contemporary items. While most of the rooms in her rambling, five-bedroom Colonial-style house, portions of which date to 1840, are painted in neutral hues of white and gray, the blues she has introduced announce themselves. Throughout the home, Johnson has created tableaus of sorts—perfectly balanced, symmetrical compositions within rooms, as well as in more transitional spaces. In an upstairs landing, for instance, a space that would otherwise simply be passed through, she has positioned a blue grasscloth-covered bureau, anchored with armless seats that each carry a blue-and-white cushion. A large-patterned, blue-and-white wallpaper extends from chair rail to ceiling. 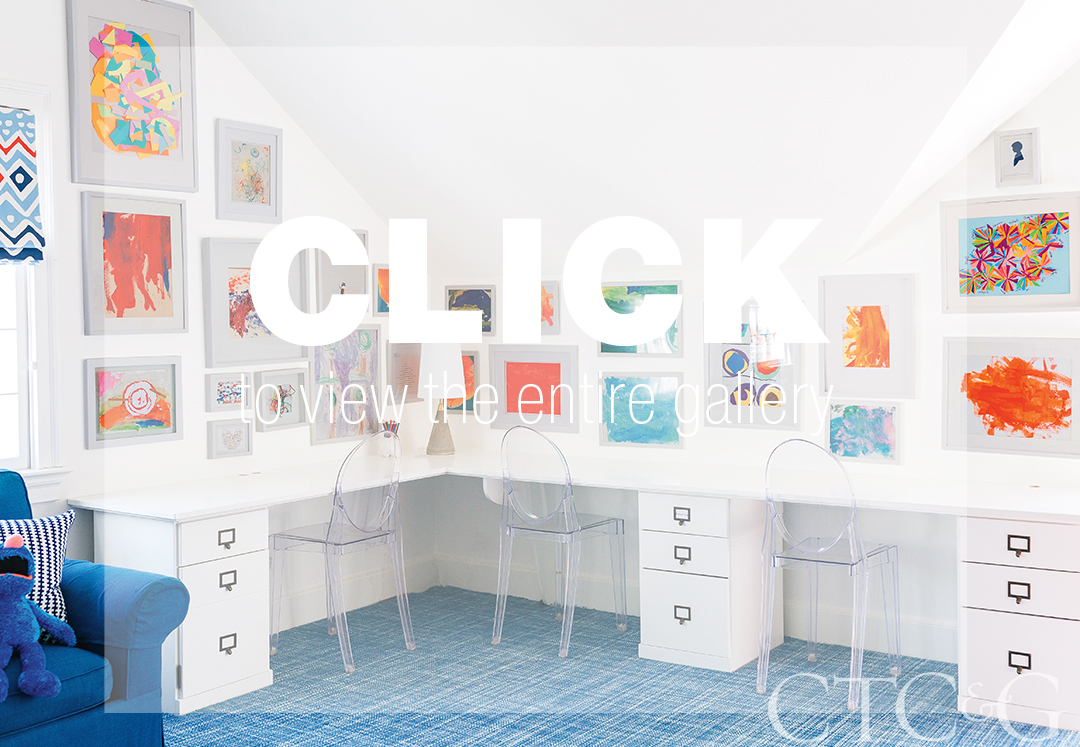 But as much as Johnson loves the effects of wallpapers, she is aware, too, of how they can undo a room. “I love the fun scale and the intricate pattern of that particular wallpaper,” she says, “but it works there and on the stairwell walls because neither are rooms any of us occupy every day for an extended period of time. There’s no chance for us to tire of it. A wallpaper that’s too busy or patterned can take over a room, but that same pattern can energize a space that might otherwise seem ancillary.”

Although the boys’ bedrooms are playful oases of blues and whites, Johnson was careful not to make any of those spaces seem, as she says, “babyish.” Johnson added some grown-up furnishings in each—a chair and matching ottoman in one room, for instance. “I wanted these rooms to grow up as they do, to mature with them,” she notes.

Blue prevails in the more decidedly adult rooms in the home, too. A seating area in the living room is defined by a swirling, vibrant abstract painting by Johnson’s artist sister, Eliza Epifano, in front of which are positioned chairs upholstered in a blue Schumacher print. Even a coffee table is arrayed with blue books and a blue-crowned Buddha head. “On the one hand, I wanted the house to feel decorated and aesthetically pleasing to the eye, while at the same time, livable and functional for three young boys,” says the designer.

A version of this article appeared in the January 2019 issue of CTC&G (Connecticut Cottages & Gardens) with the headline: House of Blues.

This article appears in the January 2019 issue of CTC&G (Connecticut Cottages & Gardens).