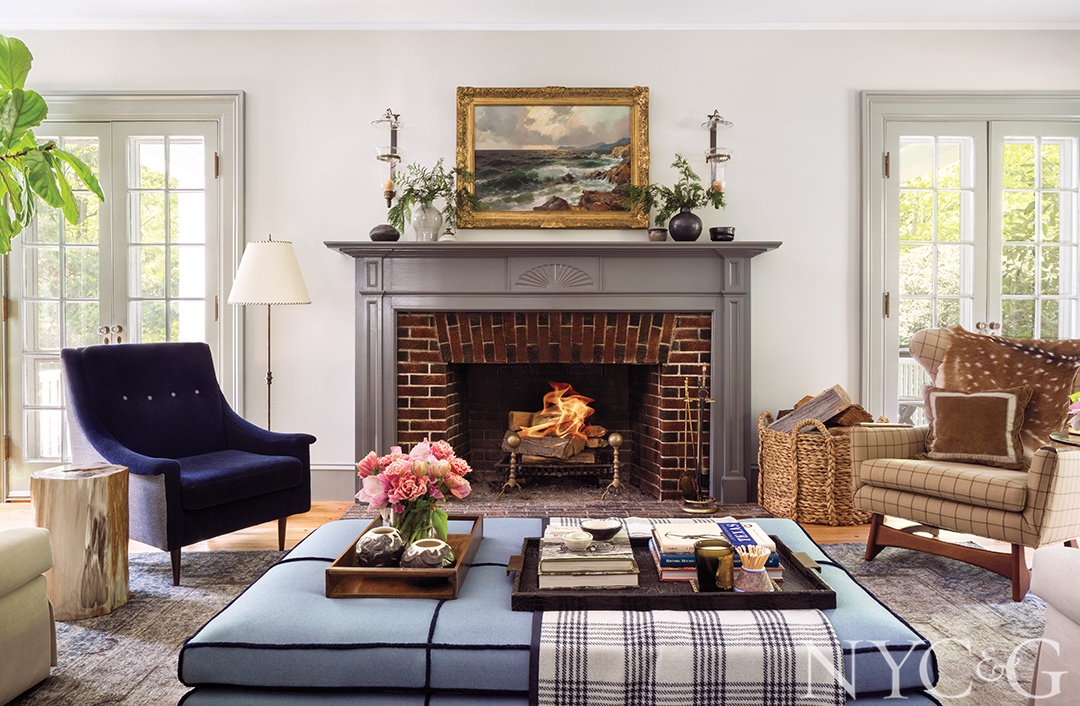 When Manhattan-based designer Ashley Darryl first set eyes on her 1864 Colonial-style weekend house, it had been languishing vacant for two years on a weed-ridden two-and-a-half-acre parcel in Carmel. Birds had nested in the exterior columns, porch steps were rotting, and mold covered the paint-chipped interior walls. “My first thought was, Wow, this is beautiful,” recalls the undaunted Darryl, who admired the home’s grand staircase, original marble fireplace, and horse barn. “And then I thought, Wow, this place needs a lot of work. But I could see its potential.”

Darryl’s husband, Jeffrey Silberman, wasn’t as convinced. “He said it was gross and completely hated it,” the decorator recalls with a laugh, although the couple proceeded with the purchase, in part because Darryl was “looking for something quintessentially East Coast, and this was an opportunity to check this type of residence off my bucket list of properties I hope to own in my lifetime.”

Darryl set out to return the dwelling back to its former glory, which included keeping the original layout intact and refraining from installing contemporary amenities. The previous owner, a 90-year-old man who had inhabited the residence for about 50 years, had made minimal changes, so Darryl more or less worked with a clean slate. She began by renovating the exterior, replacing weakened wooden porch boards and cladding on the façade, in addition to rehabbing portions of the crumbling entry columns, all of which received a fresh coat of white paint to match the home’s original exterior hue. 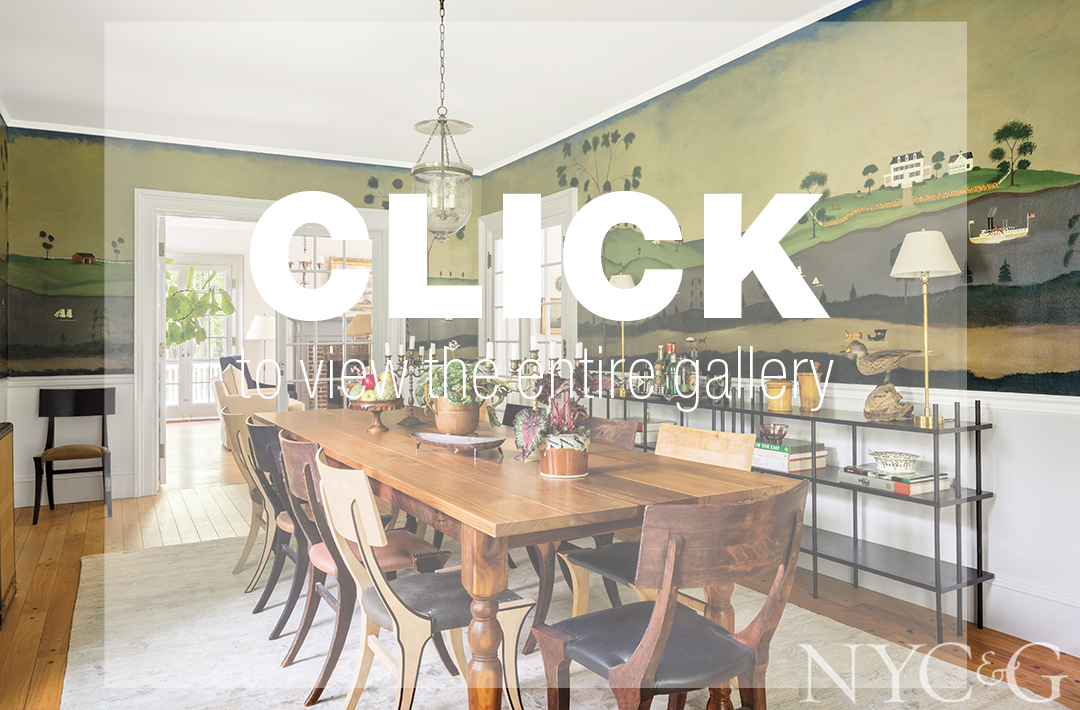 Darryl had a wealth of ideas for the interiors, too, but wavered over which direction to follow. “At one point I wanted super-Colonial, with bright green and yellow rooms, and then I was inspired by the early 1900s and envisioned a red dining room,” she explains. “Eventually, I realized that none of it was true to how we live our lives.” She ultimately settled on a modern-day version of a rarefied relic, working principally with muted colors. For instance, a guest bedroom is painted a tranquil green, while another is awash in soft yellow. “I intentionally chose shades that looked like they had dulled over time. It was my way of nodding to the past without trying to re-create it.” In the dining room, she commissioned Cape Cod–based folk artist Charlie Munro to create an immersive lifelike canvas depicting the home and surrounding landscape, which he then affixed to the walls. The piece includes roaming deer and horses and charming details, such as Darryl’s initials carved on a tree trunk.

For Darryl, a highlight of the 18-month-long renovation was the day a truck arrived from her native Texas packed with antique and vintage furnishings. Inside, family heirlooms from three generations commingled with objects that she had saved from childhood jaunts to local flea markets. Among the especially treasured pieces are a seascape that used to hang above her grandmother’s living room fireplace and now resides in the same location in Darryl’s abode. Brass bed frames and handmade quilts, also formerly her grandmother’s, are right at home in a guest room, along with a marching band uniform, once proudly worn by her uncle and displayed in a corner.

Although Darryl moved to New York City nearly 15 years ago to attend graduate school at Sotheby’s, the years she spent on her family’s ranch played a critical role in her desire to own a sylvan country getaway. The Putnam County landscape, with its horse and cattle farms, as well as the greater Hudson Valley, conjure feelings of home. Now, surrounded by both nature and family keepsakes, she is content with living in a place that “reminds me of where I came from. A smaller, East Coast version.”

A version of this article appeared in the November 2018 issue of NYC&G (New York Cottages & Gardens) with the headline: Vintage Appeal.

This article appears in the November 2018 issue of NYC&G (New York Cottages & Gardens).