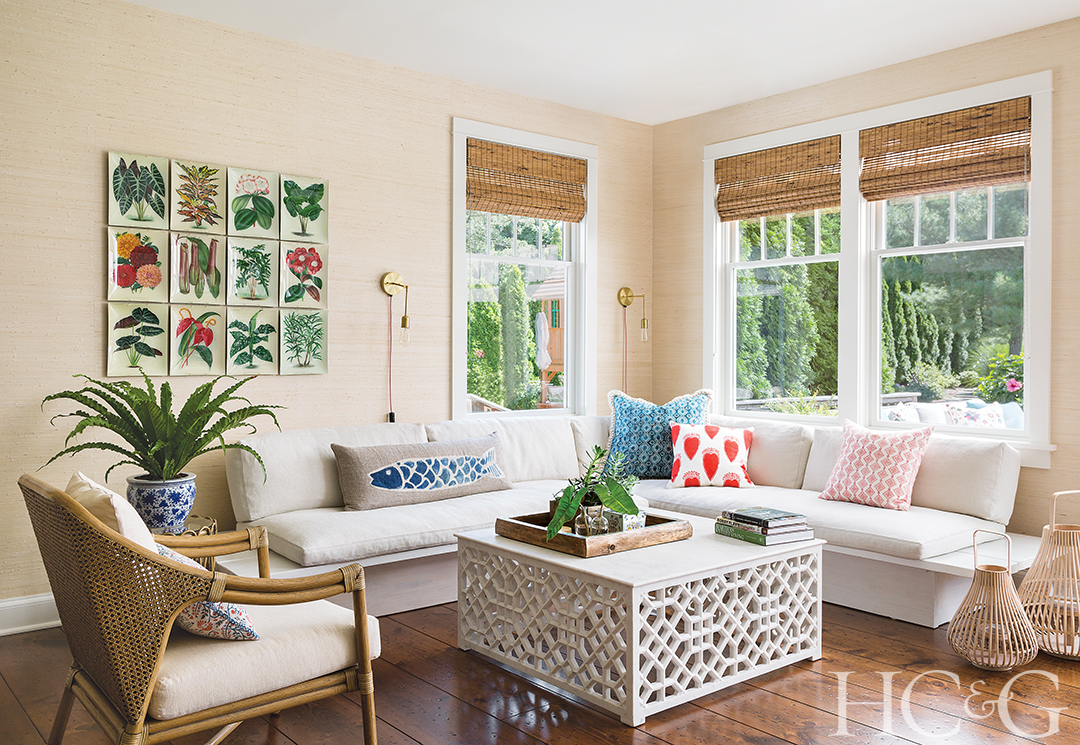 Interior designers find their clients from practically anywhere: professional referrals, friends of friends, or even just across the hall from where they live. Such was the case with New York–based decorator Bella Zakarian Mancini, of Bella Mancini Design, and her clients Gemma Postlethwaite and Oisin Richardson. “We were neighbors for about six years, and our families became good friends,” Mancini recalls. “We remained close even after we all moved out of the building.” In 2015, when Postlethwaite and Richardson purchased a newly built cedar-shingled home in Springs, Mancini was the first person they called.

Mancini’s clients, both of whom are British and relocated to the States in 2001 for Postlethwaite’s job, envisioned the 4,000-square-foot home as more than just a summer retreat for them and their eight-year-old twin daughters, Cate and Ellie. They wanted it to serve as a year-round second residence, in which their family could celebrate holidays and host relatives from abroad. “I didn’t want a beach house that you felt inclined to close up in the winter and not spend time in during the off season,” says Postlethwaite. With that mandate in mind, Mancini decided to create bold, lively interiors that would satisfy Postlethwaite’s affinity for color and keep their appeal at any time of the year. 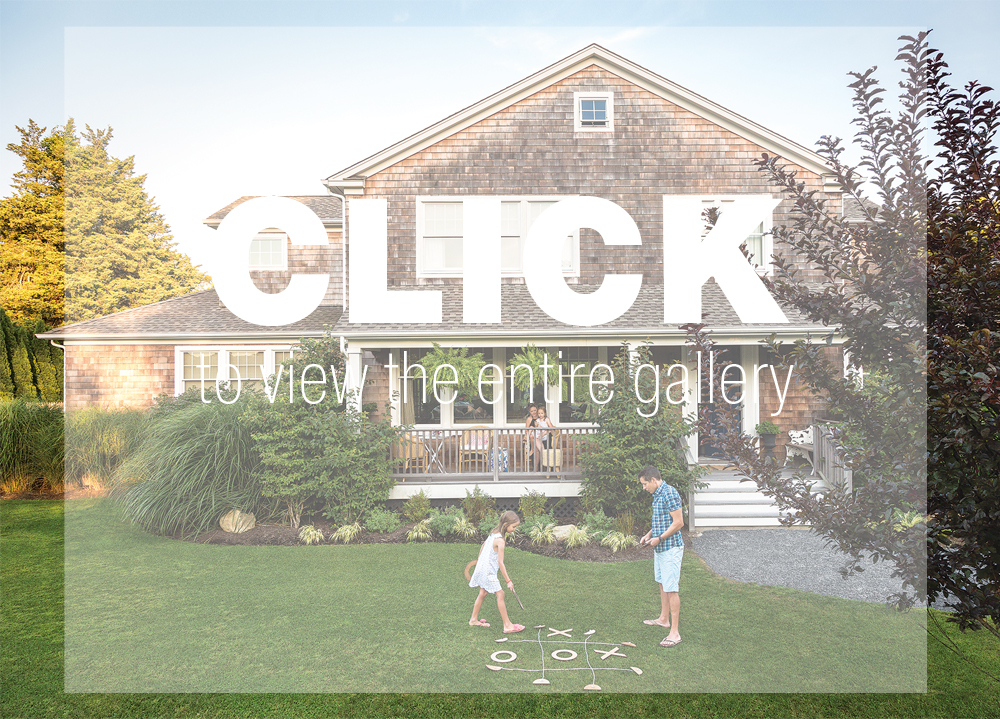 The decorator took some cues from the interiors at East Hampton’s c/o The Maidstone hotel, where she often stays when she’s working on the East End. The establishment, she says, has “the right balance of whimsical and sophisticated, and doesn’t take itself too seriously.” Accordingly, for her clients’ home, Mancini installed wall coverings that range from a vibrant Mediterranean blue in the master bedroom to a print of circular Indian-inspired medallions in a guest room to a bold pomegranate motif in Postlethwaite’s office. Just as eye-catching are the interior doors and trim, largely painted in exuberant hues like turquoise and mint green. “It was an exciting departure from staying on the safe side,” Mancini says, “and a dream to be able to have so much fun.”

But the colorful palette isn’t limited just to wall coverings and paint. In the living room, for instance, a bright blue sideboard and dark turquoise stools commingle with a multicolor abstract artwork by Madeline Denaro. In a corner of the room, botanical-themed decoupage plates from John Derian hang above a large L-shaped banquette, which serves as a favorite gathering spot for the family. “The first time we looked around the house, I said to Bella, ‘There has to be some type of seating there,’” recalls Postlethwaite. “‘The light is so perfect, and that’s where I want to sit with my morning coffee.’” But virtually every corner of the home, she adds, is filled with a deeply satisfying cheer. “I can walk in the front door on a Friday night, after a long drive with two tired and grouchy kids, and there’s still nothing that can take the smile off my face.”

A version of this article appeared in the June 2017 issue of HC&G (Hamptons Cottages & Gardens) with the headline: Family Affair.