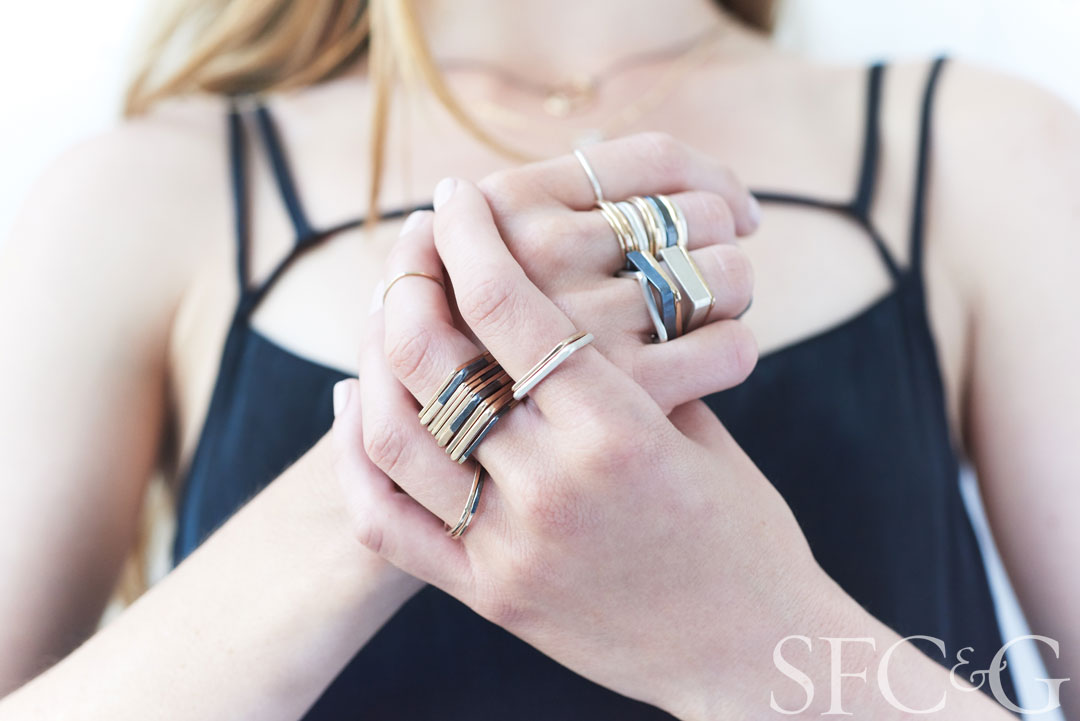 No need to wait for permission: Colleen Mauer wants you to play in her jewelry box of a store. Mauer, who has just launched a new “Ring Bar” at her Mission atelier, inviting experimentation and creativity. The independent designer, who marks the tenth anniversary of her collection this year, continues to build on her extensive line of cool, minimalist metal rings, earrings, bracelets and necklaces; the Ring Bar, with its open, accessible trays of oxidized, silver and gold pieces, is the latest incarnation of her approachable sensibility.

Mauer’s boutique, located on a quieter block of Valencia Street, has an accessible air: Not only are her polished pieces on display, her workshop is as well. Her studio production area is visible through a glass partition, much like a restaurant’s open kitchen. This window into her creative process reveals the heart of what she loves. While a student at Virginia Tech’s School of Architecture + Design, she worked on a smaller scale and often found herself lost in the wood and metal shops. “I always loved when we did furniture projects, using massive machines like mills and lathes. It was about form and shape.” 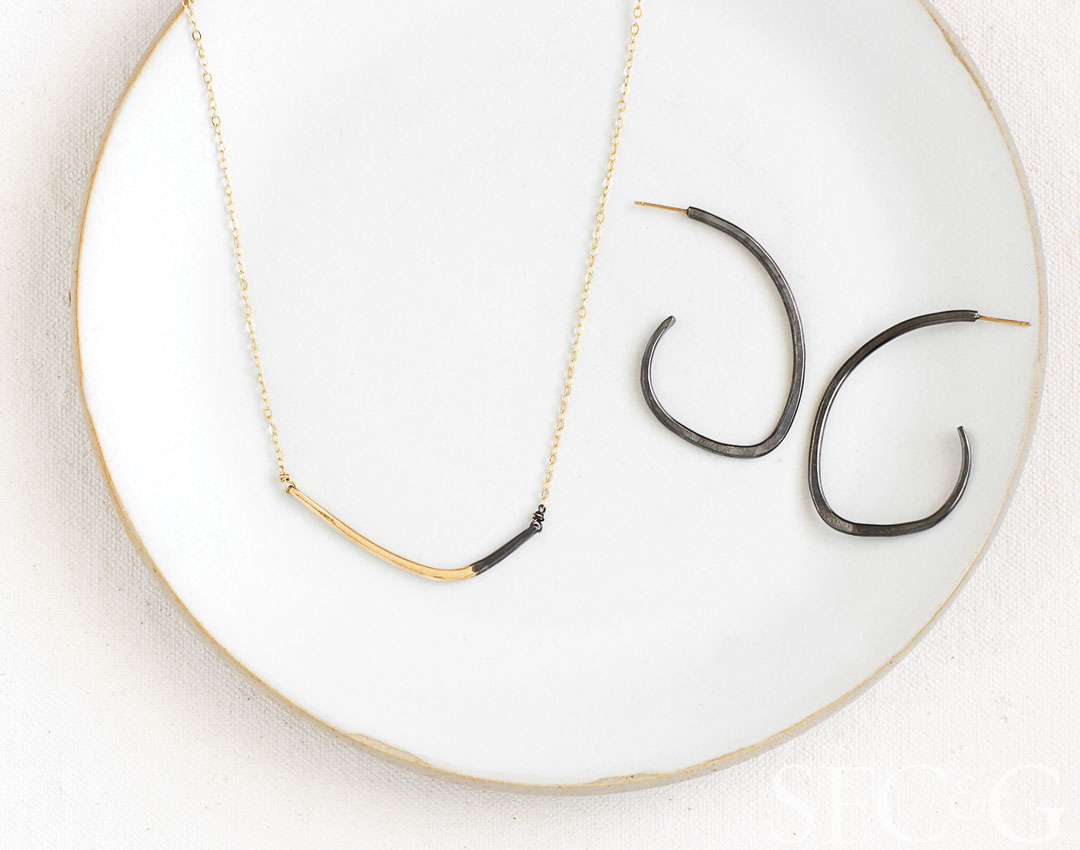 Mauer says that today, unearthing new shapes is a big part of her process, though finding her niche in everyday metals required a proverbial eureka moment: a run of hammered hoops that sold in a flash. “I realized people want jewelry they don’t have to think too hard to wear. These silver hoops, for example, I called my ‘grocery store hoops.’” Indeed, these are baubles you can live in: her staple earrings, slim cuffs and graceful necklaces are all highly transitional pieces.

The process-driven Black Gold collection has, of late, also engaged Mauer’s imagination. It’s kinetic pendants and hoops begin with silver and gold wire forms shaped and soldered together. Juxtaposition and contrast rule: Oxidation achieved by a dip in specialized sulfur render them black; a ceramic medium, much like a fine sandpaper, goes into a tumbler with the silver to achieve a matte finish; a silky steel pellet buffs gold until it’s super shiny.

Mauer’s collections, with their well-defined, clean lines, echo her design inspirations; she cites Noguchi, along with Le Corbusier, Frank Lloyd Wright, Eames and Rothko as personal heroes. “It’s particularly complimentary when another designer asks if I studied architecture, and I can spot the architecture people,” she laughs. “They always have the best glasses.”

A version of this article appeared in the February/March 2016 issue of SFC&G (San Francisco Cottages & Gardens) with the headline: The Ring Leader.